The Ones to Watch: 6 Exciting East Coast Live Music Venues Set to Take Off in 2015

Ah live music, our temperamental friend! The past few years have seen Australia hit some serious highs and disastrous lows in our music scene, ranging from the growing number of niche festivals popping up to the unfortunate closer of some beloved pubs and clubs. But as much as we love festivals, not many people have the time, money or stamina to make this a regular outing. The good news is the AU review have found some of the best local venues for you to get your weekly fix from, without having to pay big dollars for big ticket events.

So forget lockout laws and not-so-booming businesses, here’s the top six music venues to keep an eye (or an ear) on in 2015:

The past few years have seen Brisbane establish itself as one of the most important cultural hubs for music in Australia. The city’s talents lie nestled somewhere between major industry events (notably BIGSOUND) and a string of home-grown artists such as Violent Soho, Sahara Beck, DZ Deathrays and Babaganouj. As more and more musicians flock to this city, there’s no surprise live gigs are thriving, with the introduction of spaces that are revolutionising the way industry professionals, artists and punters come together.

The Foundry is a venue that aims to be a cultural hub in itself, bringing together artists, producers, booking agents, publicists, graphic designers and anyone else you would associate with creative arts. Downstairs has been designed specifically with punters interests in mind, featuring a 300 person capacity performance space and, of course, a bar – but upstairs is where all the magic happens. In an attempt to unite Brisbane’s music community, the building also houses office spaces for anyone working in the creative sector, free accommodation for touring bands and a rehearsal studio. Whilst they’re currently taking a temporary hiatus to work out a few teething issues, there’s no doubt The Foundry will come back with a bang.

Similar to The Foundry, Brisbane’s The Triffid is one designed by an industry professional who knows what musicians and punters like. After spending 25 years in classic rock act Powderfinger, bassist John Collins ‘wanted to give something back to his native Brisbane.’ And so he created a live performance venue and beer garden with a serious emphasis on making gigs comfortable, entertaining and full of delicious specialty burgers. The Triffid sets itself apart from other venues by having regular themed events, take the ‘Sunday Rock ‘N’ Roll BBQ’ for example, and having an impressive calibre of artists who are set to take the stage in the next few weeks: Velociraptor, Karnivool, 360 and San Cisco.

Sydney has had a tough year dealing with the loss of a few notable venues (RIP The Flinders) and the instability of many more. Whilst constant discussions of lockout laws are relevant and needed, it goes without saying that it’s also important to continuously support local artists and venues and help them continue to serve our community. This is where Sydney comes in. Home to some of Australia’s biggest industry heavyweights, this city strives to be innovative and supportive of local treasures when it comes to music.

If scouting out up and coming acts is your thing then Bandroom is for you! Replacing what used to be FBi Social in Kings Cross Hotel, Bandroom highlights new talent from the Sydney scene every Friday and Saturday nights. The venue accepts anyone of any genre, with past acts including Spookyland, Moon Holiday and Halcyon Drive. The space is also partnering with the next generation of musicians from respected tertiary colleges such as Sydney University’s Conservatorium of Music and Australian Institute of Music to kick off their careers and public exposure.

If you know The Basement in Circular Quay, you’ll most likely know it for their ‘more is more’ approach. This is one venue that doesn’t do things half-hearted, spanning over three bars and two levels. After a killer refurbishment, the venue relaunched in february this year with a brand new downstairs green room and a huge stage to accommodate larger touring acts and ensembles. Whilst The Basement maintain their acts will be a mixture of classic favourites and emerging artists, they’re also looking to keep things interesting by expanding into other performance types from comedy to burlesque nights.

If there’s one city that masters the fusion of art and food, it’s Melbourne. This cultural hub is home to some of the nation’s best chefs, bartenders and baristas, along with musicians, artists and designers so it shouldn’t come as much of a surprise that Melbourne’s must-watch venues have been crafted to reflect this. Oozing with creativity, this year will see plenty of craft beers, specialty liqueurs and delicious aperitifs accompanying gigs.

Launched just before we rang in the New Year, Little & Olver have already seen a successful first couple of months all thanks to their versatility. The venue is home to a range of national and international musicians and DJs scattered across the multipurpose bar and outside beer garden. It’s not all about the music though; in true Melbourne style, food is lovingly prepared and plays just as much of a role as the artists. Specials such as free food every Monday from 6pm and $2 ribs on Tuesdays are sure you draw you in and keep you coming back for more. But that’s not all! Little & Olver also have an extensive list of cocktails and local beers, $2 pots on ‘Fitzroyalty Tuesdays’ and are licensed to 5am. Perfect. 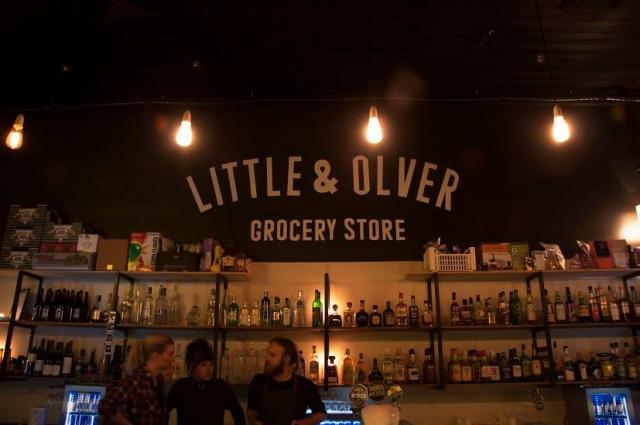 Fitzroy’s Vice Bar is one of those venues that have already perfected being a bar and are now venturing into the world of live gigs, and damn do they do it well. Vice Bar’s bandroom hosts shows up to four nights a week, typically from Wednesday to Sunday. It’s only small – focussing on up and coming projects and side acts – but the venue has a great vibe and upstairs gigs are projected to the downstairs cocktail bar for added exposure. As an added bonus, while you’re sipping on cocktails and craft beer, you can indulge in dumplings. Probably too many dumplings, as they’re often sold as 2-for-1 or 3-for-1 specials and occasionally for $1 each.