Let’s get to the serious stuff first though. The conference part of the CMJ conference starts us off – a cavalcade of talking heads and absorbing insight talking about a wide array of issues plaguing the music industry today. The first of these panels was “Music Journalism in the New World”. We at The AU Review had a particular interest in this, obviously. Matthew Pertpetua from Buzzfeed and Bill Werde from Billboard featured on the panel amongst others. The most inspiring quote came from fellow journalist Piotr Orlov, who said that 100,000 music stories are still yet to be discovered and more will come. 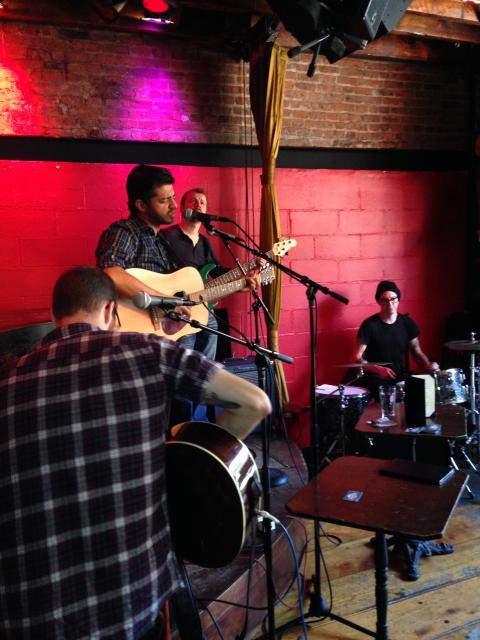 That was the only talk being indulged in today (more to come on Wednesday). I sauntered down to the nearby Rockwood venue to see Adnan Sabir perform some acoustic tunes from his album The Gathering. His tunes were very much in a folk vibe, but we got tinges of flamenco and country in some songs, which suited the compact area where he was performing with his band.

After a bit of exploration of the Lower East Side, The Living Room was were I found myself for a couple of hours enjoying the Paper Garden Records showcase. The order of the day here was jangly indie pop, firstly with Fayettville, Arkansas outfit Sw/mm/ng, a band that admitted were new to this showcasing thing. Most tunes played were new, but one or two from their demo release Feel Not Bad. 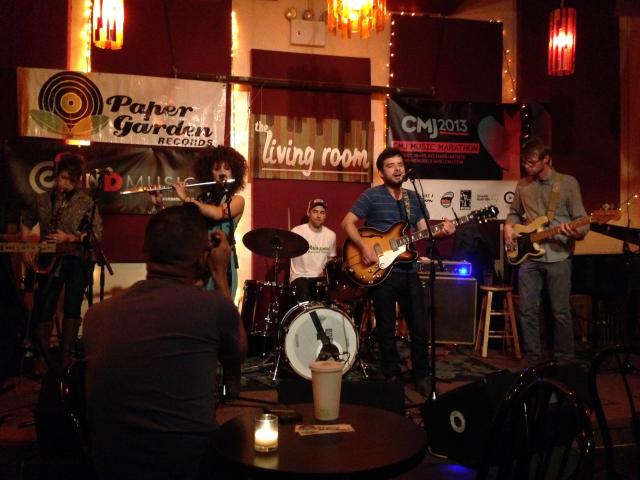 Next on that same stage The City and Horses, a Philadelphian five-piece who had a flautist that really blew her whole oesophagus into the instrument. Songs ran the gamut from jaunty sunny songs about how people looked sweet when smoking weed to fast-paced songs about love and how silly it can be. The album they had been talking up – Strange Range – sure sounded like fun. 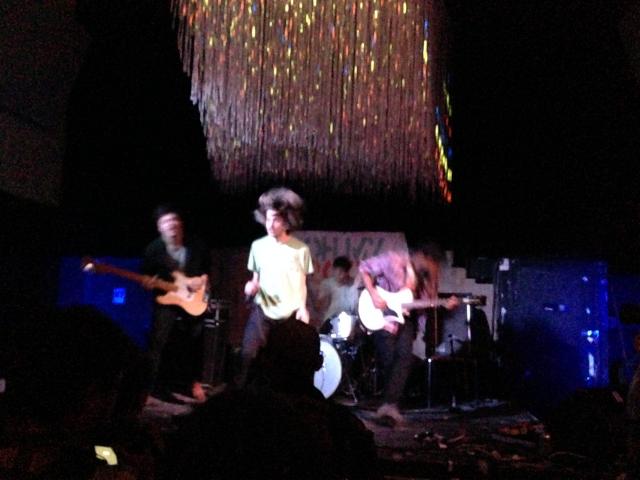 After some schmoozing at the CMJ press party, it was off to the land of the ironic, Williamsburg to see some more heavy-handed sounds. In the depths of the venue Cameo, a showcase put on by online New York entertainment publication Oh My Rockness! tested the sound system to an inch of its life. Local band Big Ups were the first band on and howled with guitars and vocals in an insane barrage of beautiful mess that was worthy of the dark venue. 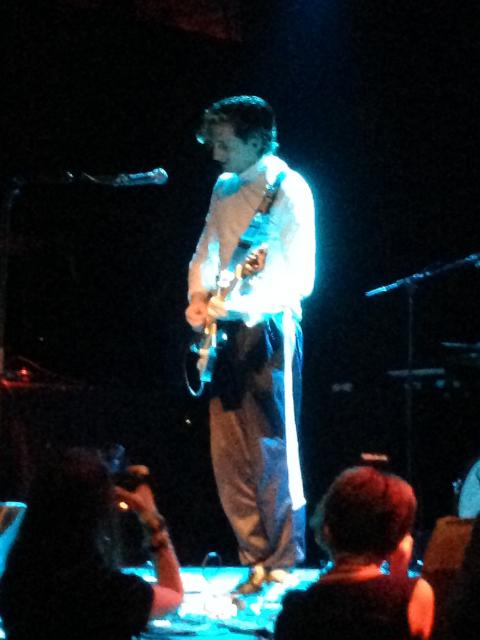 Down the road at the Music Hall of Williamsburg was where the rest of the night was spent with an array of experimental sounds of varying degrees at the Terrible Records showcase. Sydney’s own Kirin J Callinan gave us some goth-inspired darkness with a set of four songs from his Embracism album. His sound is constantly evolving and either getting stranger or accessible, depending on who you spoke to at the gig. In the end Kirin started stripping down to some sort of pyjama-type costume. Odd, but it was awesome to see him pushing the boundaries to shadowy musical corners. 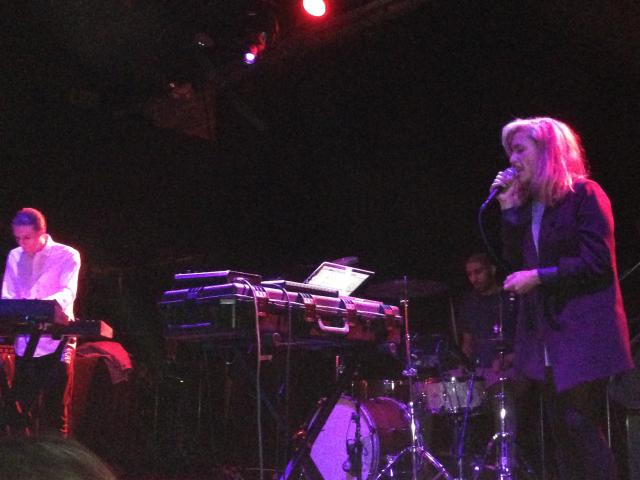 The solo project of Brooklyn artist Lorely Rodriguez, Empress Of, graced the stage next and embraced the room with loud clashes of analog synths and booming drums. Rodriguez’s voice echoed into a light sweetness around the large room in a huge contrast to Callinan’s set. Playing new songs and other tracks from her April EP Systems, she bounced around having fun like there was no-one in the room. 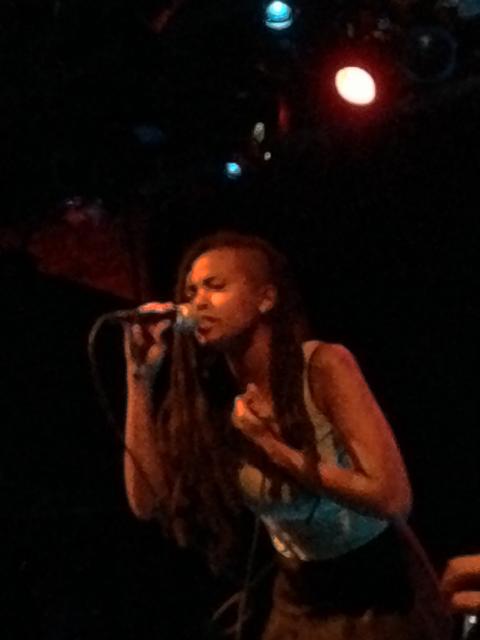 As the night went on we got to get more spaced out with the unusual R&B sounds of Kelela. Unusual because there weren’t any lively jumping around, but more sedate swing as calm and demure basses rumbled through the audience. Her mixtape Cut 4 Me was featured, and what a dark sounding experience she made it out to be. She was in the zone for all her songs and chatting with the audience about how weird it was to snap out of it when she got out of that deep emotional feeling she got into when she was singing. 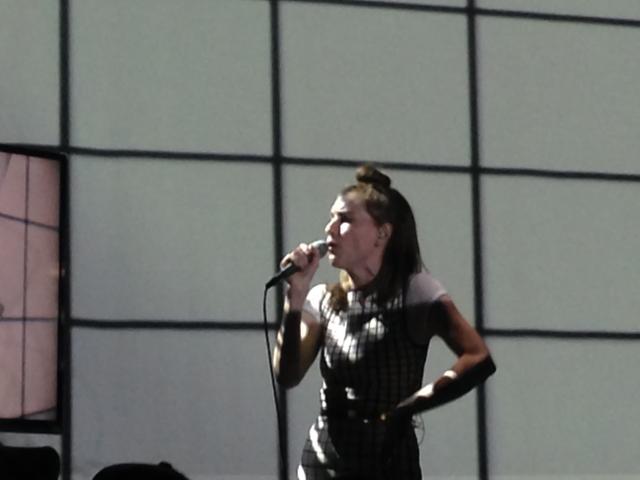 Lastly, another local artist Glasser graced the stage with a bright light show that dazzled. Much like Kelela before her, Glasser (aka Cameron Miserow) was like she was getting lost within the music. She danced a dance that took over her body when the beats started rolling in all of her tunes. It transferred itself onto the increasingly tranced-out crowd. Her latest album Interiors was being highlighted throughout the show and while it sounded as if it took a cut from the Bjork school of music, it evoked a more tribal sound that got the audience prancing away.