The last day is here. I write this in a state of both sadness and joy, because I have seen so many great bands perform in front of pretty enthusiastic crowds. NYC really likes to cheer and woo for their entertainment, and it’ll be something I really miss from this city. Then again, I’m sitting here from home writing this while relaxing with a pillow behind my head instead of some busy Starbucks or windy park. It’s a welcome respite.

So Day 5 was a specific day for me. I’m stationed at the Aussie BBQ in The Delancey to watch home acts perform in front of predominantly American crowds. The venue was decked out to the nines with Tim Tams and teeny tiny servings of noodles or burgers. Served in a fancy food ‘gourmet’ kind of way. It wasn’t too bad, but at least it wasn’t huge piles of oily foodstuffs that you can get at some most restaurants around the Lower East Side. 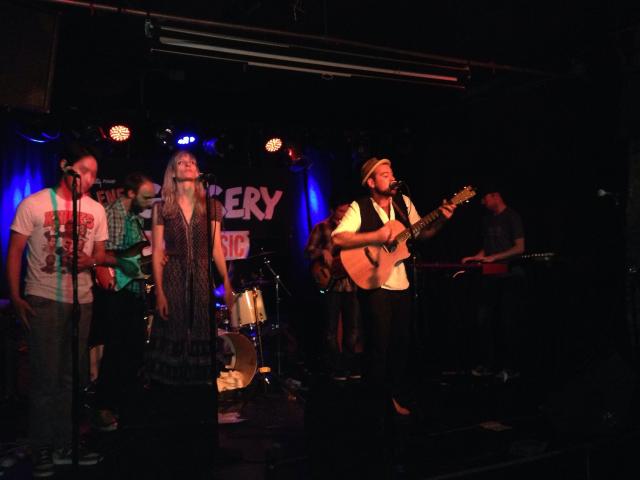 But it wasn’t The Delancey where I saw my first band of the day. I headed to Arlene’s Grocery for a bit of a afternoon drink and indulge in some funk care of Lyle Divinsky and his troupe of talented musicians. One audience member shouted out between songs that it was a spiritual experience listening to Lyle’s voice, and I couldn’t disagree. Lyle simply blew the small audience away with soul pouring out of his voice.

After such a soulful performance, it would be time to get gritty and dirty again back at The Delancey, where I would spend the rest of the day switching back and forth between the upstairs and downstairs room. The first few bands I saw were bands who I had already seen at the conference. The first one of them being Melbourne’s Cub Sport – a band that seemed a little unsuited to the venue, performing upbeat poppy songs about dogs and school. Some people who looked like they wanted to revisit their youth seemed to like their set

Trudging upstairs, I saw Geoffrey O’Connor perform some spaced out sounds. He performed in this strange, careful way while being careful with a microphone cord, being careful to step in the right places on stage. It was like he was performing studiously. Tigertown went through their songs with a fluffy disposition, twinkling keys and plucking notes in a pretty serious way. It seemed as if they were performing as part of an exam, rather than just enjoying themselves. I may be looking into it a little too much here, I only wished there was a bit more passion within the songs there, and by that I mean, get a little more active on stage, and looking like you’re having fun.

The Falls performed some sweet sedate ballads perfect for the afternoon in a set that went well with a cool refreshing water, it provided a nice easy in for the rest of the evening, which progressively got more distorted in the PA systems both upstairs and downstairs. Cranking it up a notch was Sheppard with once again a very suburban feel to their set. What set them apart from Cub Sport were occasional churns of the guitar gave the set a little bit of grunt. It continued on the afternoon vibe theme despite it being a dark room underground.

Watching The Griswolds was like the days of Home nightclub in the early part of last decade. You’d go there to see cool bands and look cool with your sparkly shirts while posing around. Although the posing part isn’t true, the Sydney outfit has this nice little glistening quality to them. Songs like “Heart of a Lion” just had people jumping around in frenzied milkshake fits. Spilt drinks in the audience were the norm for this set (and for much of the rest of the night actually). 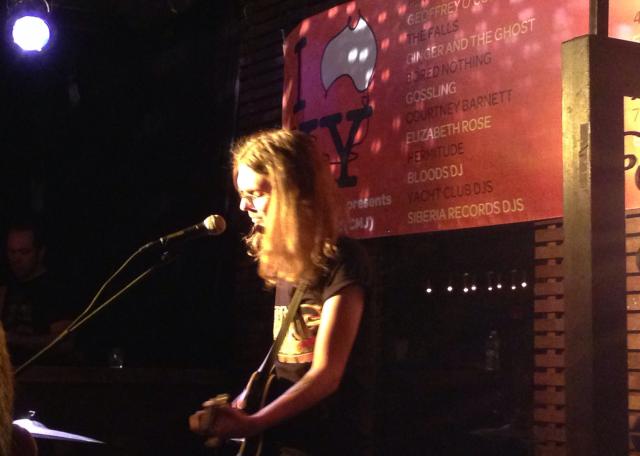 The set from Bored Nothing was a quick set of calm before the storm in actual fact, and I think only one spilled drink was observed during this set. Ferg strummed his new guitar and exclaimed excitement at playing it in his banter. He seemed pretty enthused about performing despite the gritty, but also comforting nature of the music. His voice added a curious raspy twist to his music. 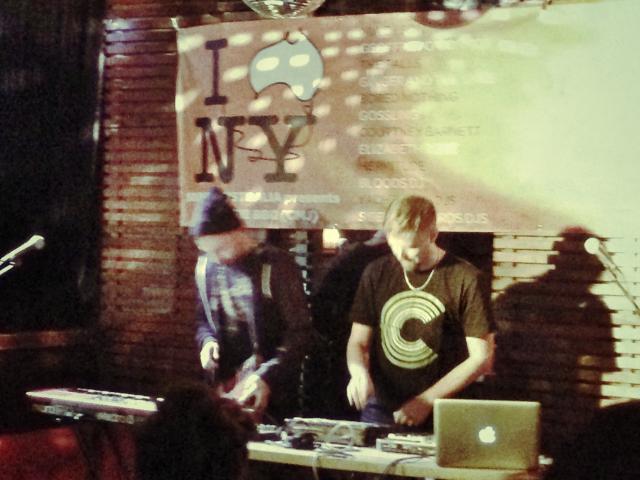 This was the point where I went to get myself a nice good old slice at Rosario’s. Highly recommended for anyone wanting to mix all that drink with some food on the Lower East Side. It provided good fuel for me when I got back to The Delancy as well, just in time for Hermitude’s set. Full of funk and interesting live electronic sounds, the duo had the place dancing in a different way to those guitar-based bands. Providing some new tunes from an album due out next year, it looks as if Hermitude are aiming for a perfect mix of chilled out tunes and party, which isn’t bad I suppose. I’m looking forward to the releases regardless.

As more drinks were spilled and heads started to get a bit sore (including mine), the grunt came back downstairs. Melbourne’s Kingswood blew away the crowd with some blasting tunes. Their lead singer was sporting some wonderful facial hair while both guitarist and drummer competed for best head of hair on stage tonight as well. So much blasting sounds from their set resulted in me wanting to rip my shirt off (I didn’t – no one wants to see that). 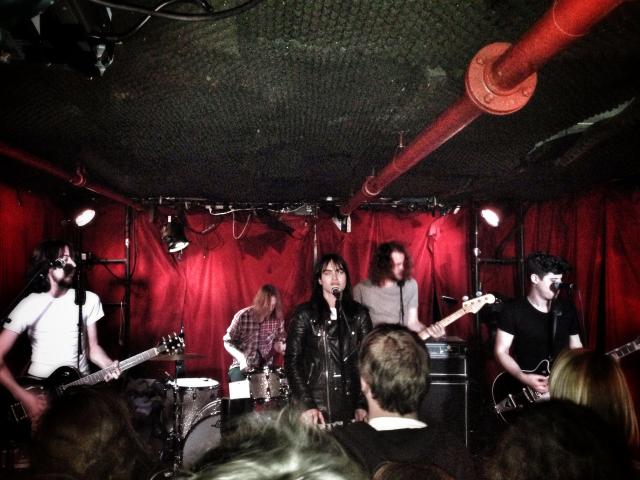 And so, to the finale for me of CMJ: The Preatures. This is a band which, for me, have found themselves in a musical piece of heaven. They flamed through a set of songs in their scheduled 45 minutes. And sure looked like they were having fun. A huge hooray of woots and applause came after every song and I think “Is This How You Feel?” got the biggest reaction of the night. This was wonderful set that was all about the songs and not about poncing about. As a a closing song, we heard a cover of “I’m Stranded” by The Saints, that put a nice little cherry on top of that CMJ pie.

Reflecting on all this now, the only regret I have is not indulging in more coffee or non-illegal stimulant of some sort. It really a wild beast this CMJ, and I loved every (tiring) minute of it. How the heck do you SXSW punters do it?