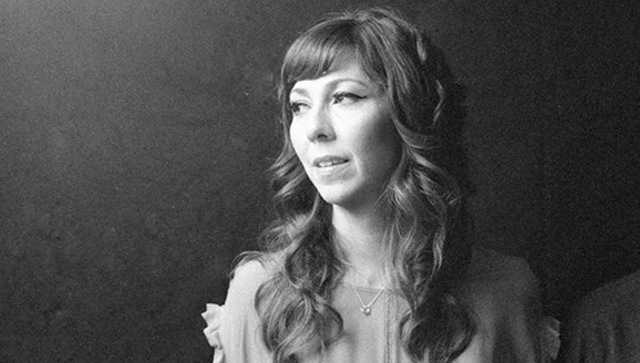 Just before the release of their much anticipated new album Better Nature, I caught up with Nikki Monninger of LA based outfit Silversun Pickups to talk about working on the album with Jacknife, performing acoustically, plans to return to Australia and how this may be the quickest album they’ve ever recorded… Read on!

How’s has the lead up to the album release been treating you?

Brian and I, we’ve been away a lot this past month, so we’ve been in a lot of different types of weather. We were just in Seattle, then Portland, so we’ve been travelling around. It’s been good to be back home enjoying the nice weather.

It’s an interesting time to travel and tour – that period before an album is released, when you know the music but the fans don’t!

Yeah, and at the moment it’s mostly just been Brian and I playing acoustic shows, which is giving us the chance to play the new songs in a unique way. We’ve only done two shows with the full band so far (where we’ve played newer songs) and we’re about to do a few more. It’s also interesting, the difference between the acoustic shows and the ones with the full band. It’s been fun so far, we’re excited to be playing the new songs and looking forward to playing more of them! Like you said, people don’t know much of the new music yet.

Did the songs start our acoustically though?

Usually, Brian goes in with Joe (Lester, Keyboardist). Joe records Brian doing basic versions of the songs, or the song ideas and then we all get together in the studio with Jacknife and we work everything out. It’s always a very interesting roller coaster ride.

How long was the process this time, to record Better Nature?

I think this might have been the quickest time we’ve ever recorded an album. We recorded for a couple of weeks in October, and then a week or two in November and then a couple of weeks in December and January with Jacknife Lee, who worked with us on our last album. It was great recording with him for Neck of the Woods, because we developed a shorthand way of communicating, so we were able to dive right in. We recorded a week here and a week there, and in the time in between we’d develop the songs. He’s very spontaneous. He loves trying things out and I think, for me, I plan things, I like working on things for a while, so it takes a lot for me to become spontaneous. And I do like that he reaches in and gets that out of me. I appreciate that part of him.

Have you not had that opportunity to be spontaneous in the past, with other producers?

I think in the past, we’ve always been encouraged to have things a little more planned out so that when we get in the studio, we can really start recording what we had. And it was just a way that Jacknife works that he gets that out of you, that spontaneity, in a way that we hadn’t had before in a producer. Every producer works differently and that’s just his way of working!

It seemed like it was a comfortable environment all the same, from the short videos I’ve seen posted on YouTube….

He (Jacknife) has become part of our family and Matt Bishop, the engineer as well… we all trust each other and we’ve built this second family unit. By the end, we didn’t want to leave. We were like, “Can we still record even though the album’s done?”. [Laughs] But we had to move on and get back to our live shows, which is what we love doing. All the extroverted things we get to do. It’s a lot more introverted in the studio and sometimes we forget that we’re even making a record that will come out. It’s just us doing a project together, doing it for ourselves, because there’s not much outside input! There never has been in our career. So it always feels like we’re doing our own thing.

There’s got to be a selfish nature to it at some point doesn’t there?

I’m grateful that we’ve never had our record company, Dangerbird Records, put pressure on us to change anything or do anything we didn’t want to do musically. And now we have our own label (New Machine Recordings), so we have even more freedom than before.

And you’re celebrating the release with a four night residency in LA!

Yeah, we’re excited to play at the Hollywood Forever Cemetery. They’ll be intimate shows, it will be great to do these shows right after the album comes out. Brian and I actually performed there acoustically in the same setting last year, after a friend of ours died. It’s a beautiful place and I’m sure it will stir up a lot of memories. But I’ve been looking forward to going back there.

Mark Pellington put together an incredible video for “Nightlight” – how much creative influence do you have over this side of the project?

Early on, we agreed that our music is our music and we control that and in the same way, we’d rather not interfere in someone else’s vision in how they want to make that become visual. It’s their art. We would feel weird intruding in their vision. I think it would water it down if we became too involved. We might have a thing or two to say, but we love leaving that up to the director because we have the faith that they have something in them that they want to get out, and we always pick people whose vision we trust and we go with that.

Are there any plans to get back down to Australia during this album cycle?

We were just talking abut Australia a couple of days ago. We love coming down there and it’s a priority for us to get back down there. I’ve been down twice now and the rest of the guys have been down three times – I was having my twins one of the tours – I was really bummed though! I don’t think I would have been allowed to fly halfway around the world. [Laughs] But we’re all really looking forward to getting back down there, hopefully sooner rather than later.