the AU interview: Made In Japan (Sydney) talk debut album, Sights and Sounds 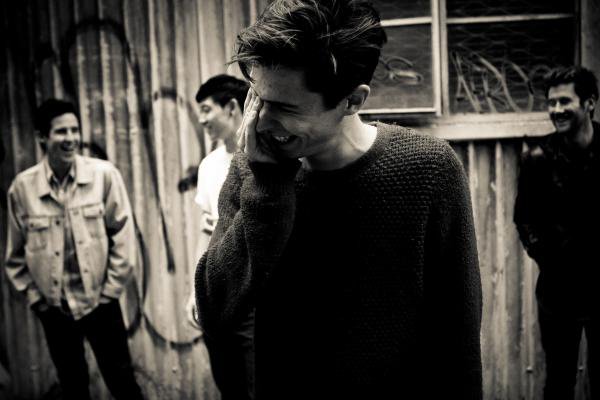 We caught up with Made In Japan to talk about their debut album Sights and Sounds, the album launch at Oxford Art Factory this month and much more!

How did Made in Japan come about?

Quite uneventful really, Jono was a few years above me in high school and was off doing his own thing. I bumped into him at a party one night and suggested we catch up for a jam. We started writing songs together and realised we were very much on the same page. Got a few more mates involved, Tom and later on, Andrew, and started playing.

How would you describe your sound?

From my perspective I think our music is quite dreamy and melancholic with nostalgic flashes of the best Australian summer you ever had. We take a lot of influence from the mood of shoegaze bands such as Slowdive and Lush but perhaps a touch more symphonic with some added pop sensibilities. As for genre umbrellas: dream-pop sounds right to me.

Who do you consider to be your biggest influences?

We listen to a whole plethora of stuff but we definitely get excited about lots of new music so I’ll list some of that rather than pretending I only do pre-1986 vinyls. We all get excited about Bombay Bicycle Club, Tom Vek and Foals as well as stuff further from our genre like Toro Y Moi, Neon Indian and even a bit of Mayer Hawthorne.

What was the inspiration behind your debut album Sights and Sounds?

I guess we wrote “Pairs” and “flight” like we’d stumbled upon a sound that we really liked and felt a bit unique so we tried to take that washed-out, verby, dream-like sound and run with it a bit. Beyond that we’re pretty prolific as song writers so we just hand-picked what we thought were the 10 best songs that sat well together for a record.

Anything special planned for your launch show at the Oxford Art Factory?

If I told you I’d have to kill you.

What do you do to pass the time on tour?

We usually try and find a good local pub and drink until it’s time for soundcheck. The time it takes between soundcheck and when we play is usually long enough to sober up and put on a good show. If not, at least we think its great, and we stay out and have a good night.

What were your highlights of the last year?

Playing a couple of new Sydney venues, FBi Social and The Standard was pretty exciting, however I guess finishing the album and organising to get it out there was the biggest milestone.

The sky’s the limit. We just want to do as much with this record as we can. Hopefully it leads to a heap more shows and we can get back in the studio to bring you another new record. We’re bursting at the seams with new material but it’ll have to wait for now.

Join Made In Japn this February at Oxford Art Factory launching their debut album Sights and Sounds along with special guests Jenny Broke The Window and Hello Vera.

Tickets on sale now at: http://www.moshtix.com.au