the AU interview: Grant Redgen of The Oyster Murders (Brisbane) 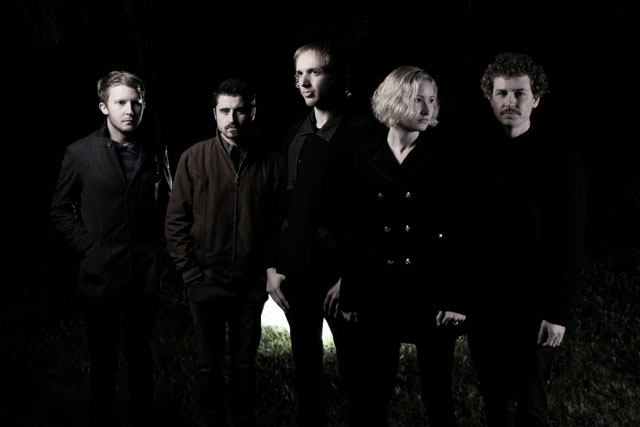 We catch up with Grant Redgan, singer and guitarist of Brisbane outfit The Oyster Murders to talk about their new record Winter of the Electric Sun, working with ‘Magoo’, their influences, CMJ and much more…

Why did you decide to call yourselves The Oyster Murders and what does it mean? Do you find people expect you to be a different genre of musicians when first hearing it? (i.e. not your indie rock sound but something heavier)…

Haha yes, I think people are expecting to hear a German metal band when they first read our name, not the dream pop band that we actually are. The band name is in fact a quirky reference to The Walrus and the Carpenter poem in Through the Looking Glass. At the end of the day though what’s in a name? It’s the association of the sound that ultimately makes a name good or bad.

You’re a quintuplet band from Brisbane formed in 2008, you’ve been featured on Triple J and Triple J Unearthed, and now you’re about to release your debut album Winter of the Electric Sun produced by Lachlan ‘Magoo’ Gould. How did you get your big break?

A lot of work, although I don’t think the big break has really come just yet. It’s not something we concern ourselves with at the end of the day though, we’re just striving to make good music that we can be proud of.

What was it like working with an ARIA award-winning Producer who’s also worked with some big names in the business like Regurgitator and Midnight Oil?

It was a great experience, he is a really knowledgeable producer. It was important having a producer like Magoo on board, we really wanted to push ourselves with this record. Working with him was part of that process, thinking of the great bands and records he’s produced helped us put the pressure on ourselves to try and lift the bar on what we were doing.

Are you happy with how your album has turned out and what can listeners expect?

We’re thrilled with our album. We really enjoyed the recording process, in particular having the opportunity to use some pretty unique analogue equipment; tape delays, vintage synths, and being able to record in the beautiful space at Applewood. Listener’s can expect an eclectic mix of organic sounds with subtle electronic elements, densely layered instrumentation and some haunting yet sweet pop moments.

What are your musical influences and inspirational bands?

There’s quite a few bands we draw influences from, some of those include the Cocteau Twins, Galaxie 500, early Smashing Pumpkins, My Bloody Valentine, David Bowie, Sigur Ros, Deerhunter, Beach House etc. Inspiration can come from almost anywhere though, just the other day I heard the song Oblivion by Grimes and before the song was over I had the synth out ready to start writing a new Grimes inspired tune.

The band was founded by husband and wife duo, Grant Redgen and Wendy James. What’s it like working with someone so close to you and do you think it affects your music?

I couldn’t think of a better situation, I really enjoy being able to work with my wife. Wendy and I have a unique creative connection and ideas flow quite easily between the two of us. Being a couple allows us to bring something a little different to the music. We play off of it lyrically, often with tongue in cheek darker sentiments, as people tend to analyse creative couples and the way they interact with each other.

We’re just about to launch our album, and we’ll be touring down to Sydney and Melbourne. Preparing and rehearsing for live shows can be a bit exhausting, but I’m really enjoying the process of adapting the album recordings to the live settings. It gives you the chance to try new things, and breathe fresh life into a song that you’ve been living with through the whole recording process.

I’d heard you were considering moving to New York City at the end of the year. Why have you decided to leave Australia so soon after your first album release and what do you hope to achieve in the States?

We’re actually heading over to the States in October for CMJ Music Marathon. Australia is a great place with an amazing music scene of it’s own, but a lot of our influences are moody, melancholy-rock and dream-pop bands from overseas and we’d like to experience the scenes that they originated from. Besides it’s unusual to hear of an Australian band that’s doing what we do, and achieving great success here, unless they have already started the ball rolling internationally.

If you could see into the future (imaginary or realistic), where do you see yourselves as a band in two years?

Writing music in a humble mansion on Mars while we watch the earth collapse from an ecological disaster of some kind.

…And if you weren’t in a band anymore?

Me personally, I’d be attempting to write a bleak, dystiopian sci-fi novel about the earth collapsing from an ecological disaster of some kind.

Winter of the Electric Sun is released later this month. Keep your eyes on http://theoystermurders.com/ for more details on the official release.