the AU interview at SXSW: Chadwick Stokes of Dispatch (Boston) talks about his solo record and upcoming Australian tour! 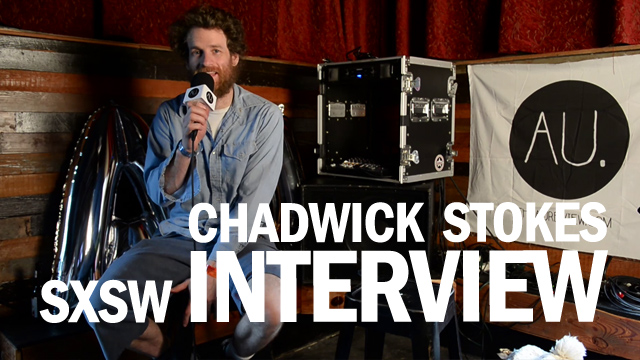 the AU review sat down in the AU’s pop up venue at SXSW with Dispatch’s Chadwick Stokes, about to head to Australia to play shows in Australia for the first time with his band – as well as appearing at Bluesfest in Byron Bay and playing solo shows of his own. Chadwick’s solo record The Horse Comanche, is out in Australia on Friday 3 April.

Larry and Chadwick discuss their past experiences at SXSW – looking at how the city of Austin has changed over the years. Chadwick reminisces about the time, in Austin, a girl in a TWA stewardess uniform came up to him and “licked his cheek”. He talks about recording “The Horse Comanche” in Chicago and LA, working with Brian Deck and Sam Beam from Iron and Wine and Noah Georgeson from Devendra Banhart on the release.

On the album’s reception, Chadwick said “I guess you could say that for the first time in my career I’m getting a lot of critical success. I don’t know if that means people are going to come to our shows, but I’ve been in bands since I was 18, so it is nice to have that kind of angle.”

Don’t miss Chadwick on tour in Australia with Dispatch and playing some of his own solo shows. “I’ve always thought Australia was a fairly Dispatchy country, with the harmonies and the rootsiness of it. I’m psyched to return, I love that country!”

This interview was filmed at the AU Review Pop Up Venue at the Buffalo Nickel during SXSW – 19th March 2015. The Horse Comanche, is out in Australia on Friday 3 April. Tickets to all shows are on sale now. More details available at http://www.chuggentertainment.com/