the AU interview at BIGSOUND: Holy Holy (Australia) talk touring, life after the album and the next step 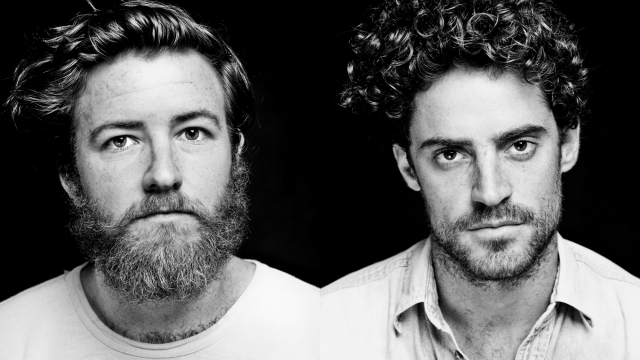 Performing at BIGSOUND last week, Tim and Oscar from Holy Holy sat down with the AU’s editor-in-chief Larry to chat about their national tour, the reception for their album When The Storms Would Come and what the future holds for the rock group…

Following a string of sold-out shows and festivals, the last couple of months have been nothing but touring. Splendour in The Grass and the biggest national tour to date have seen the band constantly on the road. After starting out in Darwin then heading over to WA, QLD and NSW, Europe was next on the agenda. Introducing fans around the world to the album raised questions on the notion of the “album cycle”. Oscar contemplates this concept, saying: “the album cycle ends when you release the album, it doesn’t start”.

Watch Part One of our interview here:

Work on the next possible album is the first thing on Tim’s mind; “We’ve done some pre-production for the next record and five little sketches for other ideas. I’m really looking forward to the next record. It’s going to be exciting writing music with more of an audience”, perhaps a hint at a potential tour next year?

Since the outpouring of positive reviews for their album When The Storms Would Come, Tim expresses his gratitude for the band and the album; “I’m very proud of the work, especially because I know how hard it is to go the whole way to make a record, hats off to anyone who does it. It took us four years but we did get there”. It’s not all serious however. The boys have the liberty in throwing in a now customary performance of the Terminator theme song, taking a break from their usual sound to shred the cover on guitar.