the AU interview at BIGSOUND 2015: Yukon Blonde (Vancouver) on the new record, touring and the wonders of cheese 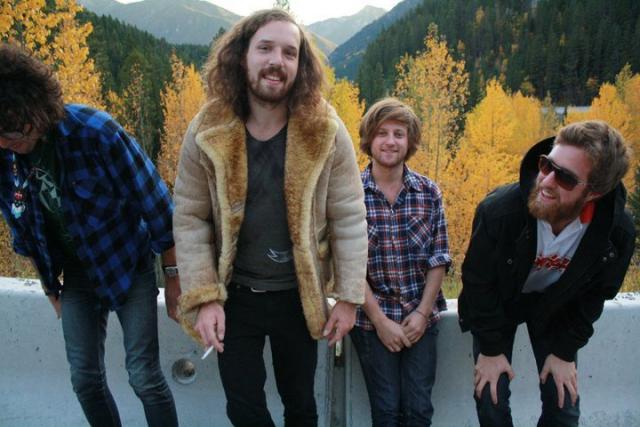 We caught up with Canadian Indie rock band Yukon Blonde at the BIGSOUND conference in Brisbane. Having recently released their new record On Blonde, the quartet discuss their touring plans and how the album is being received internationally. Click through to read more…

Since their time at SXSW in Austin, the group have been on a non stop tour of North America with plans to head to Europe, then will do it all again. Technically it’s one awesome summer, escaping winter with the promise of a new destination.

With the record On Blonde now out, the post-album reception has been positive with the exception of Australian reviewers. However that hasn’t altered the satisfaction from creating this album: “Everything been going really, really well which is really cool. I feel like this is the first record I’ve made where I’ve come out of the process and was like, “Yes”!”

When asked if they had the chance to run and lead a conference panel of their own choosing, there was one popular answer: cheese. Mild cheeses, to be more specific, plus general homoeopathy, wellness and self-care equipped with mild cheddar. After BIGSOUND, the band were looking forward to performing at a couple of shows with massively popular American band Walk The Moon.