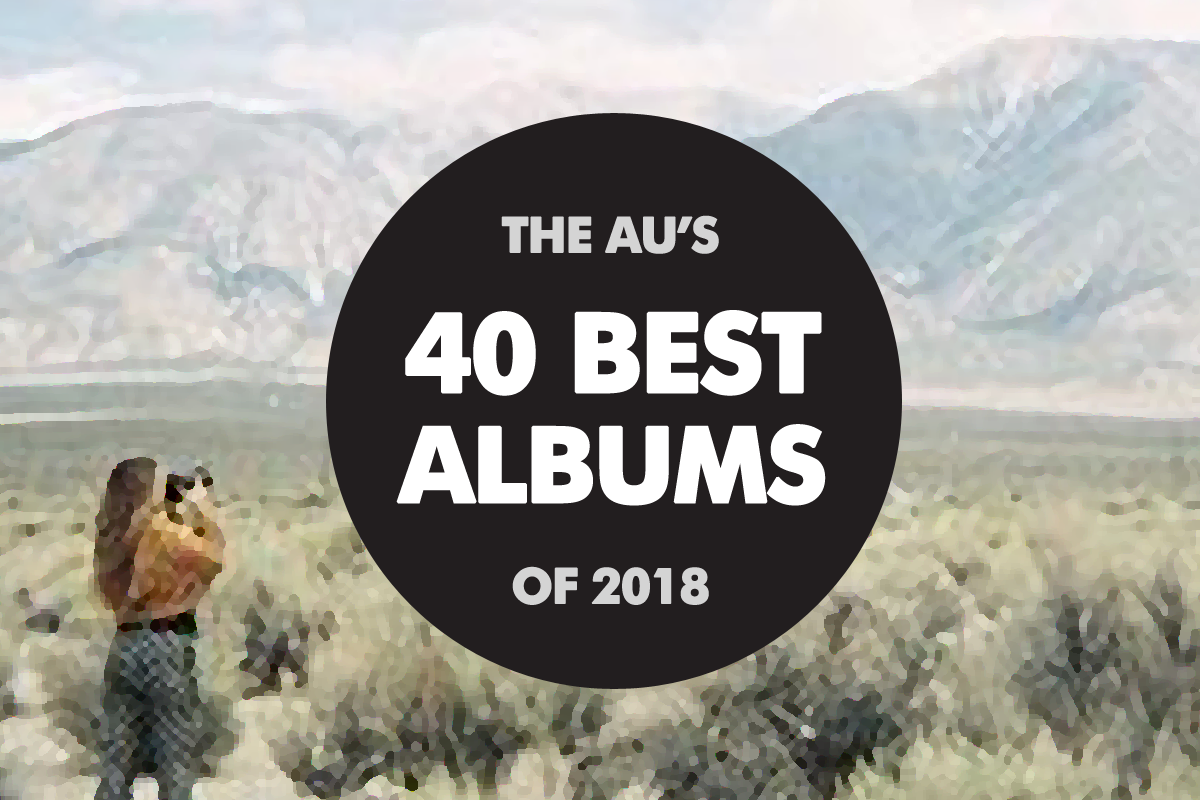 It’s time to look back on the incredible year of music from Australia and around the world as we count down our 40 favourite records from the year. We’ll rush through 40-11 and then get into the nitty gritty of our top ten releases… 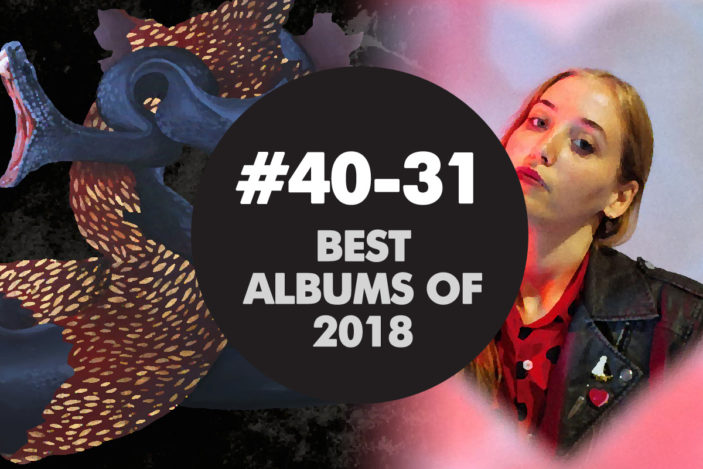 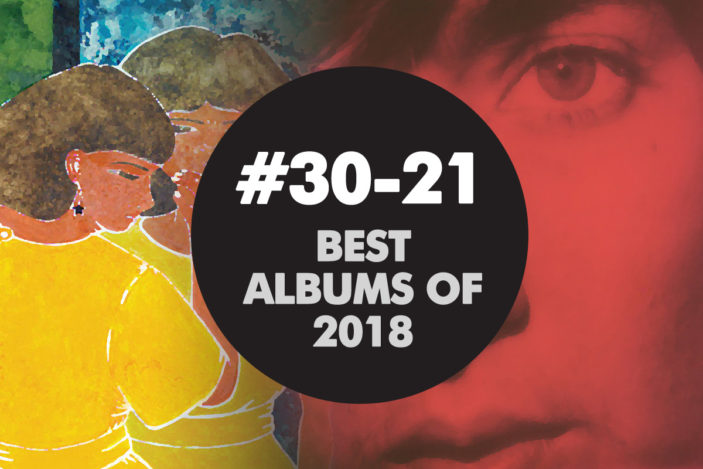 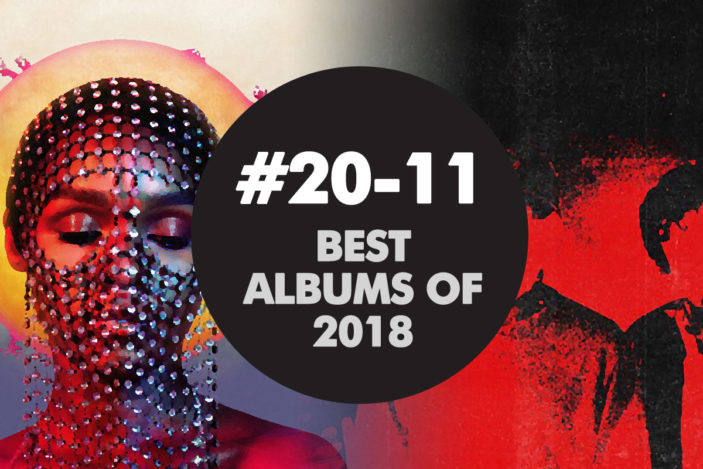 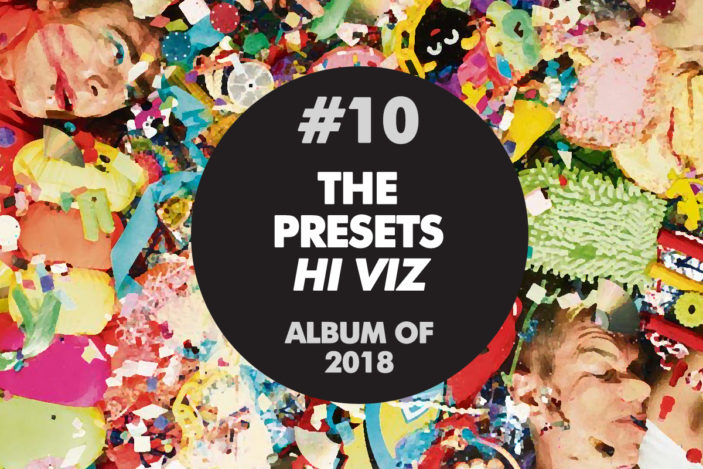 If you’ve been a long time fan of The Presets, Hi Viz won’t be treading unfamiliar territory, though it’s exciting to comprehend what this album will mean for new fans, or those music listeners who may have just been casual listeners before. I was too young to appreciate Beams when it first came out but I have a strong memory of listening to “Kicking and Screaming” for the first time when I bought Apocalypso on CD back in 2008. That record opened part of my mind I’d previously shut off to electro music, much less electro music made in Australia, and it still remains one of my favourite albums to date.

Hi Viz is a defining point for The Presets; they’ve made their return in a climate flushed with young producers climbing their way to the top but make no mistake, they’ve dropped a great How To Do It Right record with this, their fourth studio effort. 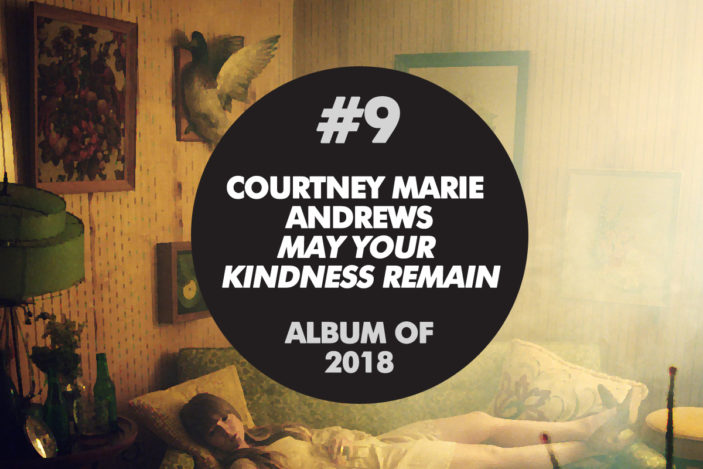 Courtney Marie Andrews’ latest album feels like an oddity in modern Nashville. While the city is dominated by beer-guzzling bros pairing banjos with dubstep, Andrews sings hymns to the downtrodden and forgotten. The mixture of her empathetic lyrics, gorgeous gospel vocals, and lush country instruments make this rhinestone shine bright. 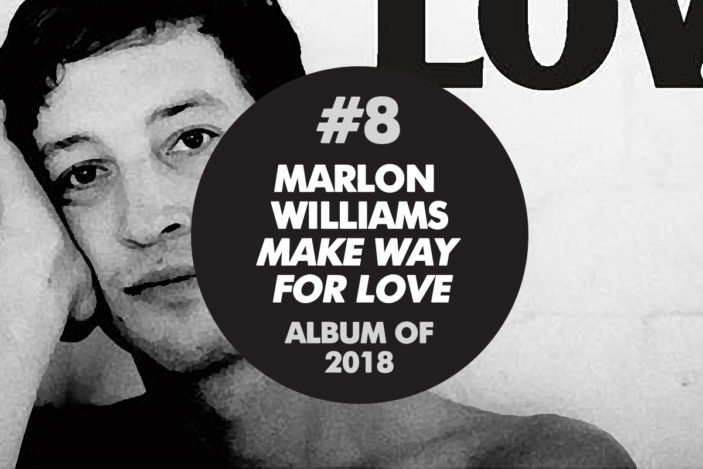 Back in February, Marlon Williams released his second album Make Way For Love. A deeply personal record, Make Way For Love explored the breakup of his relationship with fellow songwriter who Aldous Harding to tremendous and powerful effect. And album that has stuck with us all year. 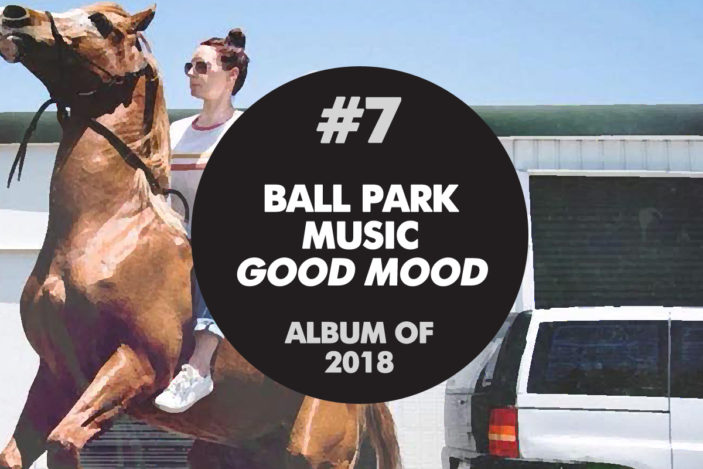 Beloved Brissy indie group Ball Park Music blessed fans with their new record Good Mood back in the opening months of 2018 and the final result? It’s an album that very much represents the growth of the band from shiny indie rock upstarts, to a more refined, adult grasp on the genre driven by many a Brisbane-band back in the early 2000’s.

The essence of early Ball Park is still there, but where Good Mood shines is in its effortless progressions and individualistic presentation. The band has approached this album with high ambition, with the final result coming across brilliantly. Tick, tick, ticking off the boxes each time. Optimistic, playful and well-rounded, Good Moodlanded as one of Ball Park Music’s best releases yet. 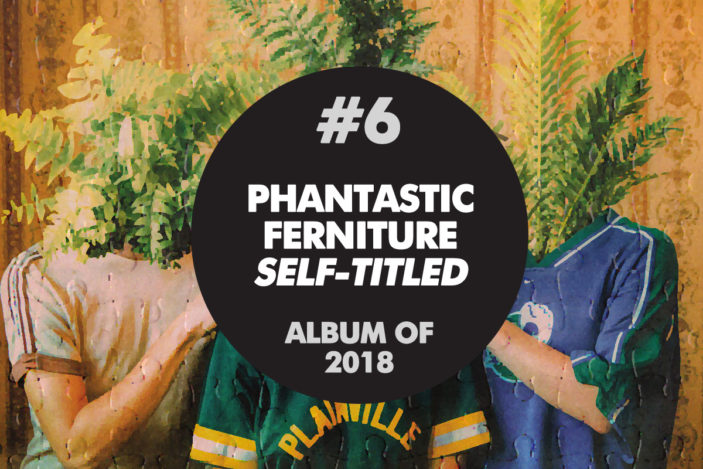 If you haven’t already rinsed Phantastic Ferniture‘s eponymous 2018 debut LP so much that you know the exact length of each song, you absolutely need to get onto that NOW. It’s without a doubt one of the best debut releases this year. – Read Josh Green’s feature on the record HERE. 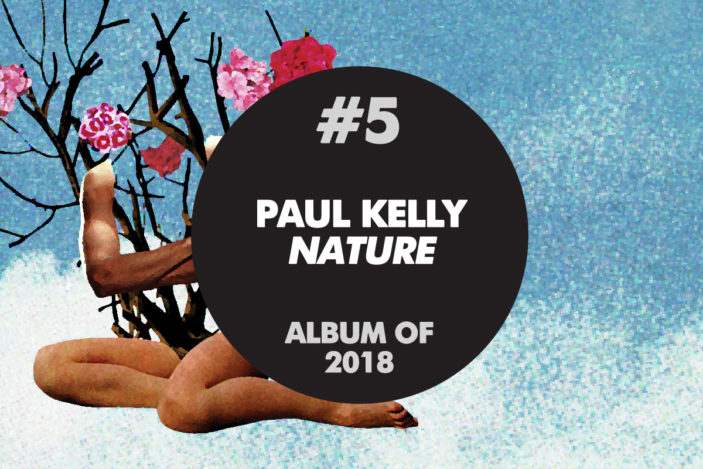 Paul Kelly’s 24th studio record proved the venerable Australian singer/songwriter still has a few Aces up his sleeves, delivering not just one of his best releases in Nature, but one of the year’s best. Taking off where he left off from 2017s Life Is Fine, the record is filled with the quantifiable emotion you’ll find in any PK release, with lead single “With The One I Love” being the crowning moment of an otherwise stellar release.

It’s an incredible feat for someone with 40 years of songwriting to his credit; to still produce music with such focus, and spirit, is a testament to Kelly’s talents as well as his standing as one of the greatest of all time. For us, this only cements it further. 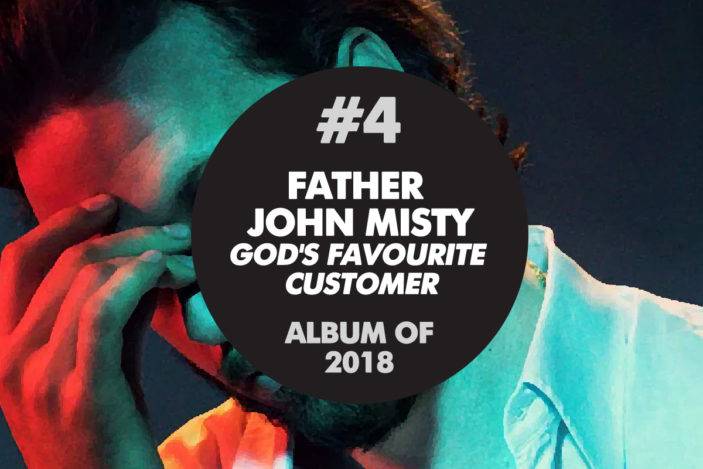 Father John Misty has become a master of the love-hate relationship with many music fans, particularly the friends of mine who tussle between adoring his witticisms and narratives he constructs on record, and bristling against notable public appearances that landed Josh Tillman in the press off the back of 2015’s I Love You Honeybear. Still, there’s a pull, an intrigue surrounding his music that we can’t shake and this proved to be true again with God’s Favourite Customer.

Smoky and bitter like the best late night whiskey, God’s Favourite Customer takes things back to basics and showcases Father John Misty’s talent as a songwriter, straight up. A window into the mind of a frantic creative; in some ways, this album feels like the comedown to the highs of I Love You Honeybear. It’s worth the trip.

3. City Calm Down – Echoes In Blue 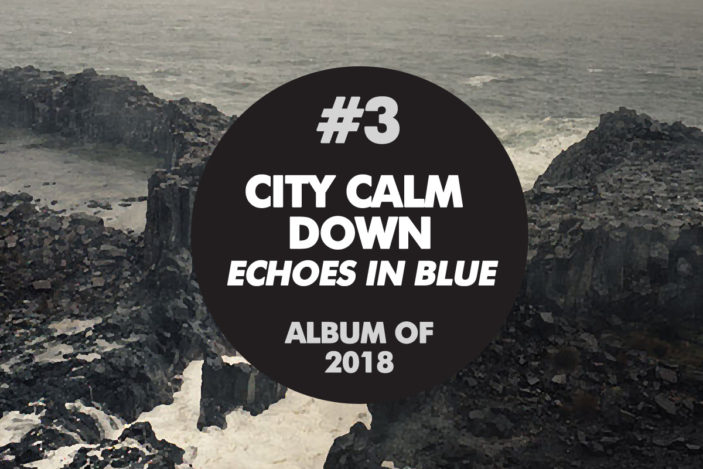 Sitting down to listen to City Calm Down’s second album Echoes In Blue left me open to an holistic experience that not only entices you to listen thoroughly again and again, but also provides a unique insight into those exact moments in life that enable you to take on a bigger picture perspective.

Dissecting the album, there are definitely tracks that do immediately stand out more than others. Not only due to the tempo they’re played in, but the ability of the band to seemingly write about and create songs that mirror your exact experiences. This is something I’ve always liked about City Calm Down. Where some bands (whether they do it knowingly or not) seem to almost talk down to their audience through their lyricism and experiences, City Calm Down make music that anyone in this current age can relate to. 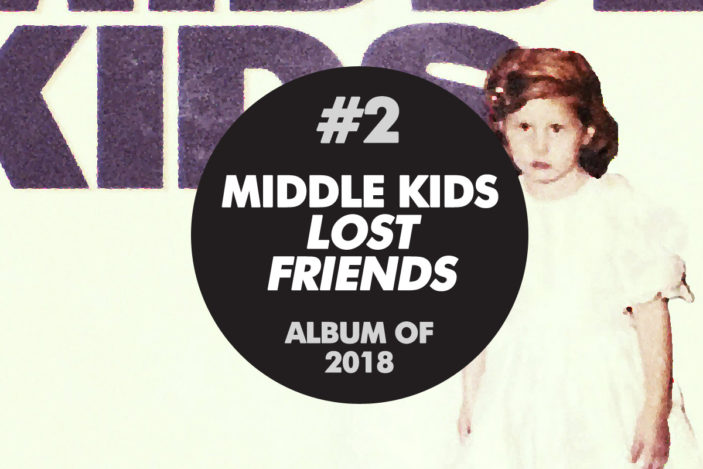 Following on from their self-titled EP last year, the now four piece have put together what has proved to more than justify their universal love. From the outstanding and immediate “Mistake”, to the punk infused “On My Knees”, the honest “Bought It” or the loving “Don’t Be Hiding”; guitarist, songwriter and vocalist Hannah Joy constantly continues to cement her spot as one of the best front-people in the country. 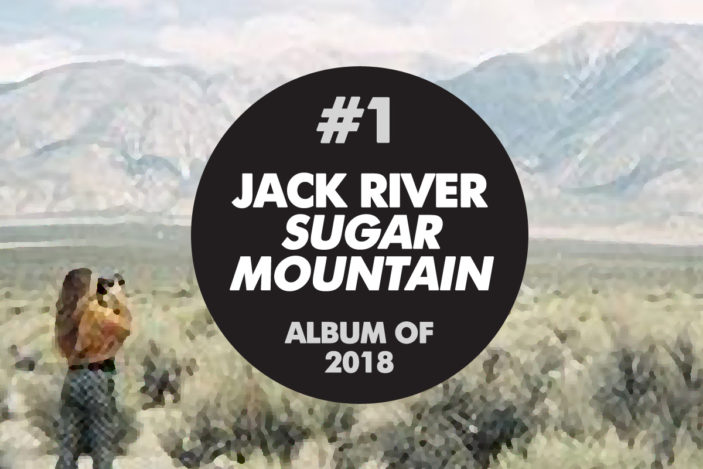 As the first album of the artist also known as Holly Rankin, you’re exposed to the sugary highs of sweet pop, whilst also left mourning within the depths of despair and complete heartbreak. A forewarning to those either reading this, or listening to the album: You’re going to have a good time listening to the album, but you’ll be sad, and you won’t know why. One of the reasons is the personal tragedy that tinges much of Jack River’s lyrics. The loss of her sister fourteen years ago left Rankin in a state of despair, turning to song-writing as a vice to help her through something that no one should really ever have to deal with.

On a bright note, the album is a pearler. There are the reasonably upbeat tracks, which come in the shape of the pre-release singles. Most notably is “Ballroom”, a song of pure grace, a killer chorus, and just a hint of real depression. A comment on people’s ability to hide their true moments of sadness, “Ballroom” is Sugar Mountain at its peak. And as we come to the end of the year, it’s the album that sits with us the most. We’re proud to name it our favourite record of 2018.