It’s time for the AU review’s annual list of the best albums from Australia and the rest of the world for 2019. Across this list, we take you through a wide range of genres, with music that represents the exciting, vibrant time of music right now. It’s fair to say that there are some notable omissions, but that doesn’t suggest that we didn’t appreciate their quality; rather this is a list designed by a group of writers who don’t want to just celebrate what you already knew was great, but make sure you find a few new hidden gems of the year as well.

But before we get to the top 40, we start off with an honourable mention… 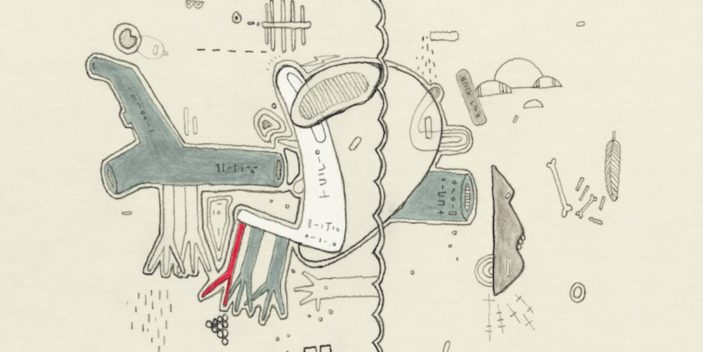 We don’t normally include compilations in our best of lists, let alone one entirely of covers, but this one holds a special place in our hearts.

We were all shocked and saddened by the passing of Scott Hutchison of Frightened Rabbit last year – as were so many fellow musicians who called him, and his band, a friend. This album was a project Scott started himself; in fact the songs on the album were all recorded before he passed. It was always intended to be a record to celebrate the tenth anniversary of the group’s brilliant LP The Midnight Organ Fight. In the end, the album takes on a whole different meaning – a celebration of Scott’s life and songwriting prowess. It’s the eulogy no one realised they were making.

Canadian outfit Wintersleep’s take on “The Twist” is among the many highlights, and The Twilight Sad’s “Floating in the Forth” will be responsible for the many of tears shed during the record, as well as the closer, Manchester Orchestra’s “My Backwards Walk”. The album’s title, Tiny Changes, is also the name of a mental health charity set up in Scott’s honour. The album is helping raise funds for the charity, and you can learn more about it HERE. – Larry Heath 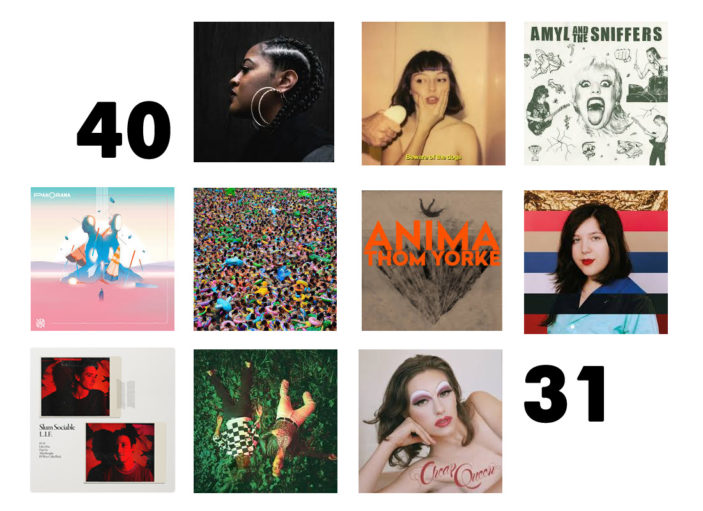 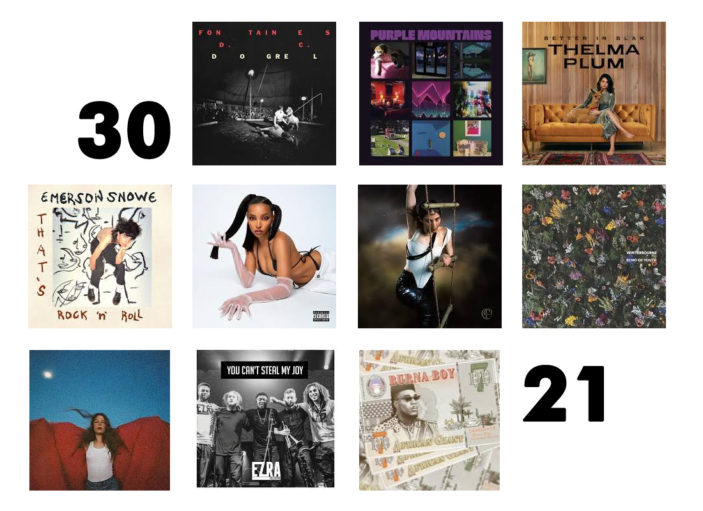 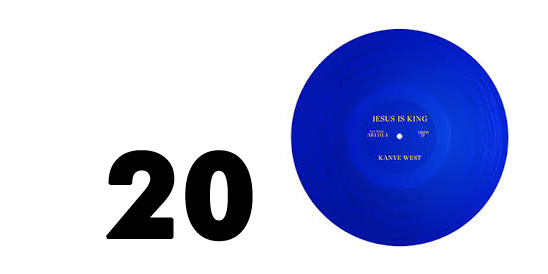 Though its response was (as expected) split between (politically motivated) derision and praise, Kanye West successfully delivered the sanctified gospel project he had been promising all year.

With the transcendental harmonies that characterise gospel used to great effect, and the drama perfectly captured on tracks like “Selah” and “Use This Gospel”, it makes good on all the Sunday Service clips that had gone viral in the leadup to its release, and another stand out record in the Kanye West catalogue. – Chris Singh 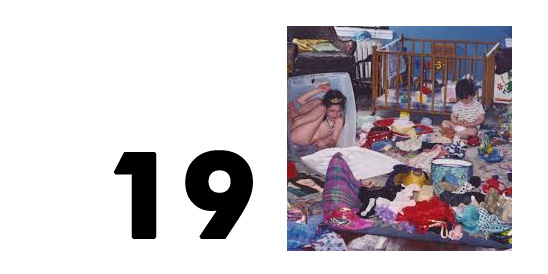 “Comeback Kid” marks a shift in Van Etten’s sound, with producer John Congleton taking Van Etten from minimal mediative and a touch melancholic to upbeat and energetic. Originally demoed as a piano ballad, the final version is anything but. “Comeback Kid” is quite simply anthemic, with a chorus that is ready made for festival stages and audience involvement. It bristles with energy, with just a tinge of menace mixed in too, and reminds me slightly of some of Arcade Fire’s later output. Whilst Van Etten’s sound might have been taken up a notch, the intervening years have done nothing to diminish her vocal prowess, she sounds great here. – Simon Clark on the album’s first single “Comeback Kid”. 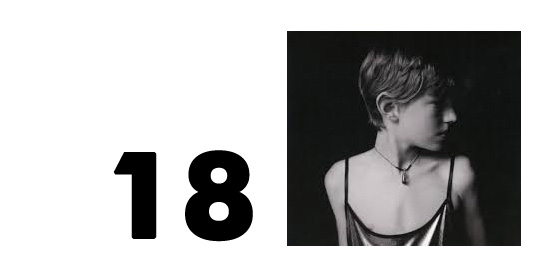 The Veils’ frontman makes his solo debut with this superb collection of tunes. Mostly piano-led, the twinkle of keys only makes his brilliant songwriting shine brighter. – Tim Byrnes 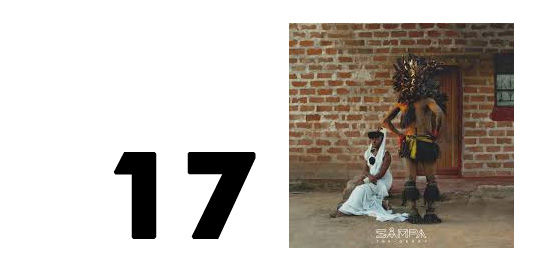 When Sampa speaks of her “GOAT Potential” in the brilliant track “Final Form”, she’s calling out negativity in the music industry, the pessimism of critics, and the idea that for her to make it in this industry she needs to fit into a “circle”. And all the while, she’s making the powerful statement (albeit with a far more humble tone): I’m here with one of the best records of the year, and with only four years under my belt, I’m only just getting started.

And she’s not wrong – if The Return is the Melbourne based, Zambian born artist’s introductory statement, this is going to be one of the most exciting careers we’ll see anywhere in the world. A truly remarkable record that sees Sampa doing things no one else in the world is doing right now; while being firmly rooted in the roots of the genre – and all those that surround it. – Larry Heath 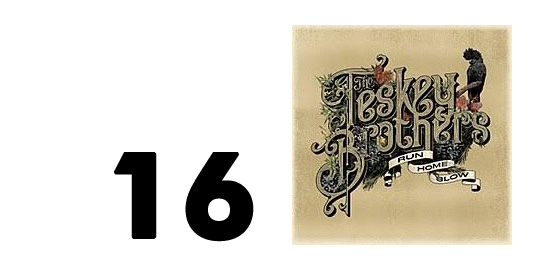 After a massive 2019, The Teskey Brothers delivered Run Home Slow in the closing months of the year to general and critical applause. Showcasing a mix of country dance floor ready bangers and slow heartfelt love songs, The Teskey Brothers fully delivered on the promise they have shown over the past couple of years. Being able to transfer these tracks to a live setting is a true testament to how great the band and album really are. – Dylan Marshall 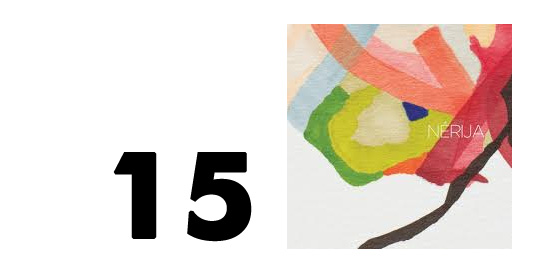 Seven-piece jazz collective Nerija is made up of some of the UK scene’s best and brightest. With a horn-heavy line up, their debut album Blume was an exercise in capturing the rawness, warmth, joy and spirit of their relationship and performance.

Produced by Kwes, the record amply highlights the collectives musical chops, whilst also allowing the seven to play around with the range of genres that influence them. “Riverfest”, one of my favourite tracks from the album, is vibrant and effervescent. It perfectly captures the freedom and feeling of a live performance. It’s a masterclass in playing as a collective. – Simon Clark 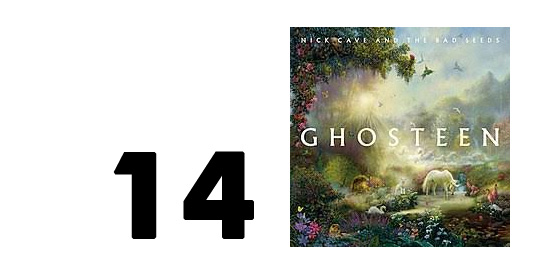 Album seventeen (!!) from the group came with less than two weeks notice; announced via a letter through Cave’s Red Hand Files. But they didn’t have to shout too loud, fans of the band quickly celebrating the surprise release on social media. The record in question, Ghosteen, floored critics and fans alike, with Cave, Ellis and their band releasing one of their most beautiful albums to date – which, for a band like this is saying something. 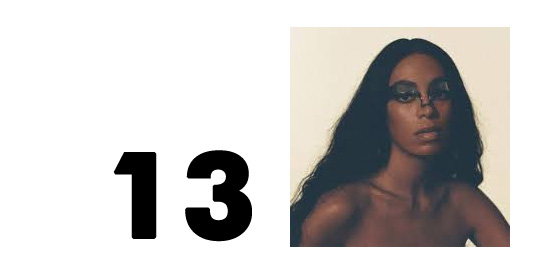 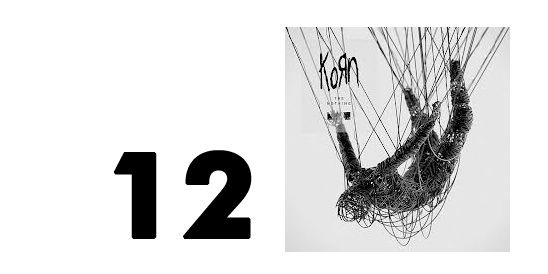 We’re as surprised as you are that Korn have released an album in 2019 that sits in our top 20 – but here you have it. The Nothing is an album that sees the nu-metal giants back at the top of their game. Full of passionate vocals infused with a painful embodiment of truth, combined with awesome riffs and drums. It really is a emotional and authentic album made for fans and newcomers to the group alike. – Lyn Harder 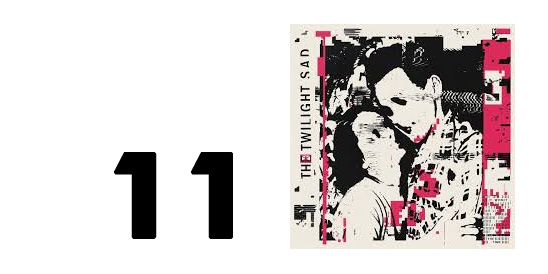 11. The Twilight Sad – It Won/t Be Like This All The Time

By opening up lyrically and musically, Scottish rockers The Twilight Sad have crafted a masterpiece that beautifully expresses the thoughts and heart of a fragile mind. – Tim Byrnes 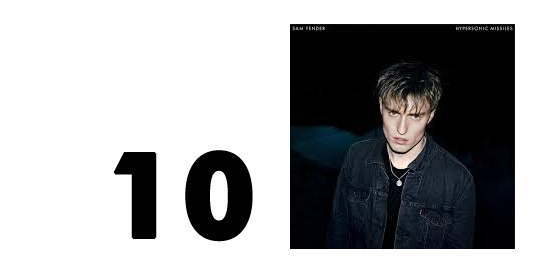 Hypersonic Missiles is indie rock delivered on a stadium scale. No mean feat for a debut album. Soulful, gritty and often anthemic the songs that make up the record, tackle a remarkable number of difficult subjects, including toxic masculinity, mental health and violence, showing Fender to be an astute and impassioned songwriter. The influence of Springsteen, amongst others, can be heard across the record, but Fender gives an impressive account of himself too. It’s an album of contradictions, managing to be both euphoric and melancholic. It’s an album with a message, but also one you can blast out loud for all to hear. – Simon Clark 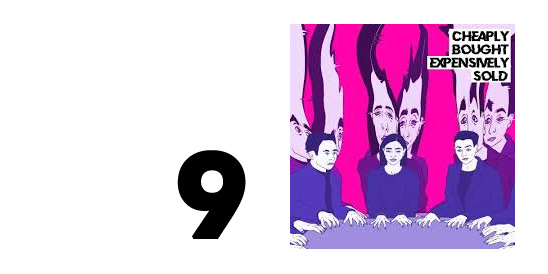 Cheaply Bought Expensively Sold delivers a brand of indie rock that is direct, powerfully unapologetic and bursting with charisma, swagger and mischief. It’s a record, which for me, offers the perfect balance of music and message. It’s got the riffs, it’s got the big singalong choruses. But, importantly, it’s got a finely tuned and strong sense of social justice. Lyrically, it’s by turns humorous, relatable and compelling. Music you can dance to and rally around. – Simon Clark 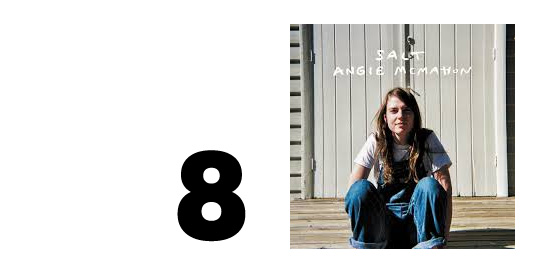 On Salt, Angie McMahon is a tour-de-force, an artist demanding to be listened to and heard. She is a musician second, and a human first. She’s put her lived experiences into these tracks. With Standout moments like “Pasta”, “Soon” and “I Am A Woman”, Salt is an album that in ten years time will be looked back on as being pivotal in the shaping of so many artists. – Dylan Marshall 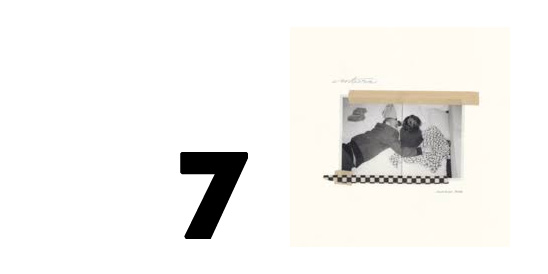 For the second of two albums in six months, Ventura is more the A sides to Oxnard’s B sides. He deftly straddles funk and soul with an amazing list of collaborators for his most confident record to date. – Julian Ramundi 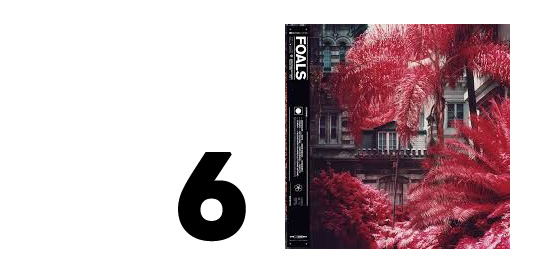 On part 1, Foals returned to the sounds that initially brought them so much love earlier in the decade. While they have the big token single in “On The Luna”, it’s the deeper cuts that really sets Part 1 apart. “In Degrees” is an absolute mood, with late night dance floor vibes, while “White Onions”, “Sunday” and “Syrups” all have that stadium ready sound. – Dylan Marshall 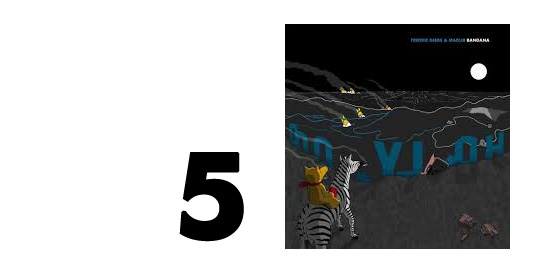 Bandana is a victory lap for this formiddable pairing, arguably the greatest rapper-producer combo of the past decade. Madlib’s eclectic beats are softened for most of this album, focusing on cushy textures and pristine samples for Gibbs to lay his gruff, complex rhymes. It works perfectly, just like it has before. In fact, Bandana is an improvement upon Pinata in every single way. Long live MadGibbs. – Chris Singh 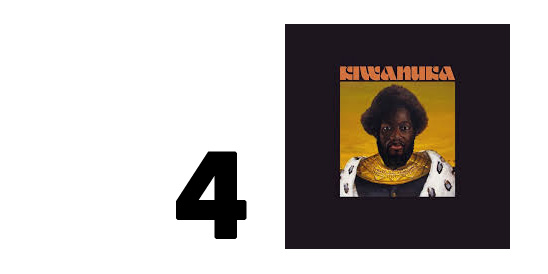 Truly a masterpiece from an artist at the top of his game. From the opening notes of “You Ain’t the Problem” to the closing of “Solid Ground”, and the master strokes of songs like “I’ve Been Dazed” (my personal favourite on the album) and “Final Days”, there’s no dead weight in this 14 track, partially self-titled record. Not that he’s ever really put a foot wrong in his already impressive career, but this feels like the album he always wanted to make, but finally had the freedom and the budget to do it. – Larry Heath 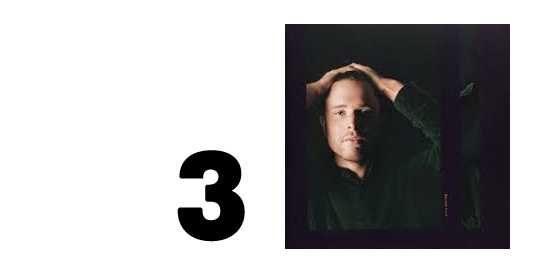 A tough one to call, but simultaneously a departure from and a return to form. Lush yet minimal patina of genres and collaborators. – Julian Ramundi 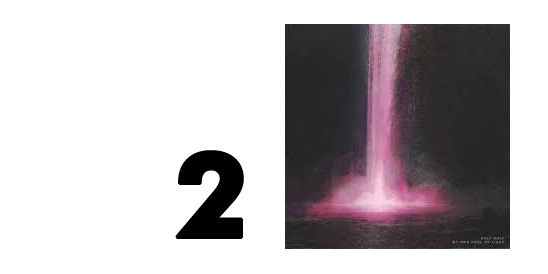 Exploring themes like love, loss and being a woman in a modern world, My Own Pool of Light maintains the HH theme of albums with amazing vocals and meaningful, soul-touching lyrics. It’s hard not to love Frida – a song exploring the difficulties of raising a girl in a world that so often teaches women that they are less-than. – Daniela Koulikov 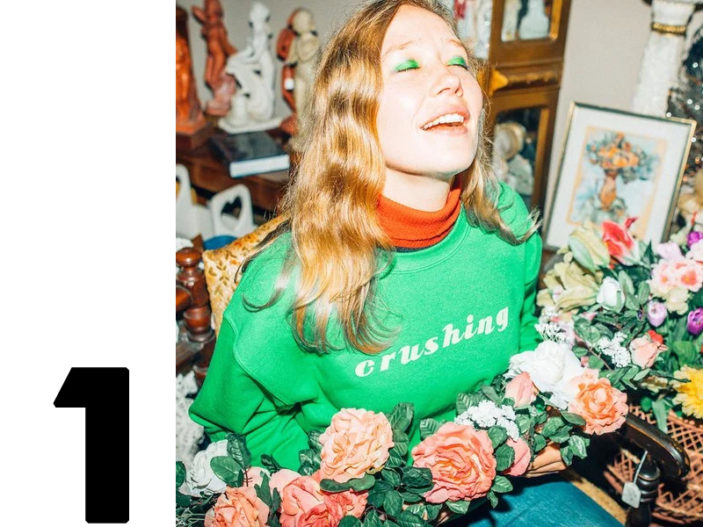 Crushing is a masterpiece in the dissection of relationships, and has an intimacy which easily grips the listener. The songs are a melting pot of despair, desire and also defiance. Coupled with her bittersweet vocals and effective use of recurring rhythms and sparse arrangements, this is an extraordinary album. The opening salvos of “Body” and “Head Alone” lay the ground for an album that rewards greatly with each listen. – Bruce Baker

While Crushing is slightly more depressing than DLTKW, and doesn’t have as many songs that are going to make you instantly want to get up and have a dance to, on a whole it is a step forward for Julia Jacklin. It’s ten songs that show an artist that has progressed in her song writing and storytelling, even if it meant going through some shitty things along the way. – Dylan Marshall