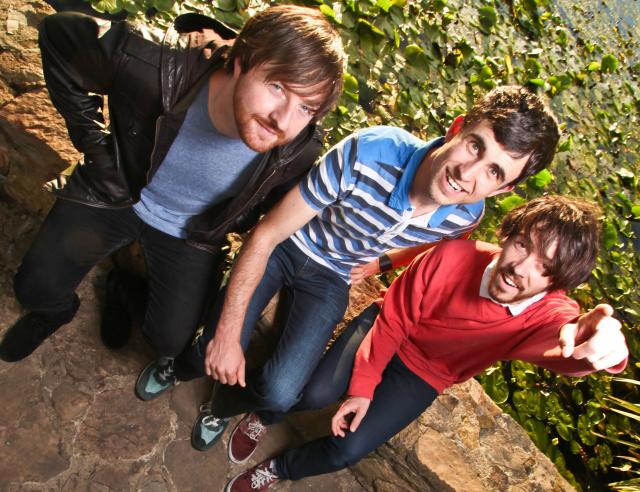 Super Best Friends announce the release of Karma Karma – the first single from the band’s soon to be released EP, Handshake – and a tour to go along with it. Throughout November, the Canberra three piece will take their show on the road, playing to crowds in Sydney, south coast and regional NSW, Canberra, Melbourne and regional Victoria, as well as support shows with Peabody in December. With a reputation for a killer live set, their frenetic moves and big vocal hooks, this farewell to 2011 is sure to be one not to miss.

Super Best Friends started making headway after the release of their 2009 EP Ready Aim Fire! It scored consistent airplay on triple j’s SHORT.FAST.LOUD, a spot on the American Punk Kills compilation, college radio play in the USA and community radio play around Australia. The title track won the University of Canberra’s Catapult Comp to play at Stonefest 09, putting Super Best Friends on the same bill as The Living End, Children Collide, Art Vs Science, British India, Urthboy and Birds of Tokyo. The Ready Aim Fire! film clip aired on ABC TV’s Rage in early 2010, catching the eye of some in the music industry and by the end of that year, Super Best Friends had picked up supports in Canberra and regional NSW with Children Collide and Violent Soho.

After a call-out on Facebook, the Karma Karma film clip was shot with friends and fans. But this is not your token “get all your mates in a mosh pit” video….this video has a special Super Best Friends touch that has left the participants curious about how they’ll be used. For more details, watch this space…