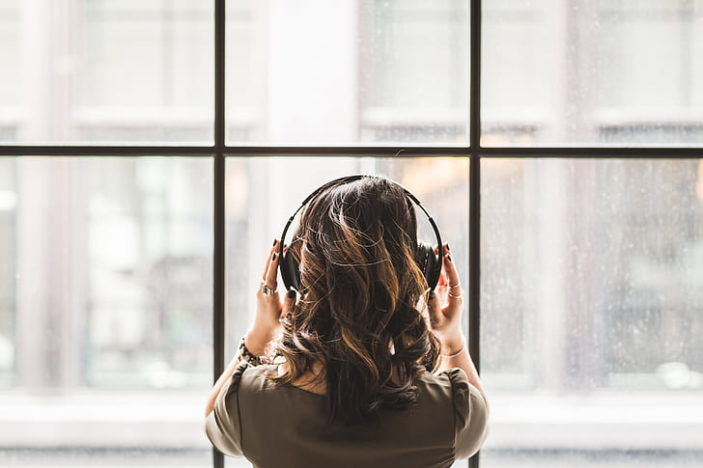 A couple of weeks ago, I found myself listening to an old favourite from my adolescence, Nine Inch Nails’ 1999 opus The Fragile. As a teenager, I played this double album to death on my Discman to the point where I can still vividly recall every subtlety that Trent Reznor meticulously laid down.

Revisiting the album on Spotify, however, was a different experience. By the time I reached the third track, I sensed something was wrong: the instrumentation on the explosive opener “Somewhat Damaged” didn’t sound as intelligible; the atmospheric “The Day the World Went Away” lacked a certain airiness; the brittle piano on “The Frail” sounded duller. For an album that I knew front to back, these differences – though subtle – were enough to pique my interest.

I quickly entered the Spotify menu to check the sound settings, and was astounded to find that the “very high quality” that the Premium service boasts is a measly 320kbps MP3 encoded file. For those using their free plan, the quality is capped drastically lower at 160kbps.

I come from an audio engineering background, but I don’t consider myself an “audiophile” by any means. That said, Spotify’s labelling of an MP3 as “very high quality” rubbed me up the wrong way.

In 2015, Neil Young sought to ignite a revolution against the MP3 by launching his own hi-res audio player, Pono. Young’s attempt to bring hi-res audio to the masses, however, was a notorious commercial failure, discontinued after just two years of production.

Fast forward to 2020 and Spotify positions itself as the world’s leading streaming service, charioting MP3 files for mass consumption. Neil Young still continues to rant about low-quality audio, however, his antagonistic approach comes off as “old man yells at cloud” commentary. Does this therefore indicate that high-resolution audio is drifting into obsolescence?

Charles Tétaz, Vice President of Asia Sales Marketing at leading audio company Focusrite believes that for the average consumer, quality isn’t part of the equation. Instead, Tétaz regards accessibility and ease of use to be the driving factors for music consumption.

Historically, this has been the case. Tétaz cites the success of peer-to-peer platforms like Napster and Limewire in the heyday of the ‘00s as a key example. “Even though the quality was horrible, people still downloaded entire libraries of music,” he says.

This phenomenon is mirrored in the streaming age, where services like Spotify offer an entire smorgasbord of music, albeit in rather low quality. “[Average consumers] care more about convenience and price than they do about quality and that is still true today,” affirms Tétaz.

Tétaz himself, however, is “obsessed” by hi-res audio. When asked if he believes whether the hi-res audio business model is still relevant, Tétaz feels confident there will always be a market for it. While Spotify appeals to the average listener, “within that, there’s always going to be a proportion of people that care about audio quality,” he maintains. While it will likely be a niche market, Tétaz believes that the audiophile community will prevail.

For many working within the music industry, the quality of platforms like Spotify is underwhelming. Melbourne-based musician and producer Brian Campeau is somewhat bothered by the low fidelity. “My intention is to make a sound as beautiful and clear as I can make it,” he says. “It would be wonderful if the listener in general were to seek that kind of experience which is included in high-resolution audio.”

Campeau’s beliefs echo those of Tétaz – “We live in a culture that demands quick and easy,” he explains. “The audience has been trained through convenience to seek the easiest option, which for the moment is Spotify.”

Campeau acknowledges that improvements to the audio quality of streaming services could be made, however, he believes that it is still acceptable for the majority who aren’t exposed to high fidelity audio. Rather than blaming the platform, Campeau suggests that the change needs to start from a consumer level.

“Looking at a poster of Van Gogh is great, but seeing the art up close is a completely different experience,” he elaborates. “We have to train the audience to demand higher quality if we are to expect them to appreciate it.”

For the average consumer, audio quality remains an afterthought. For that very reason, we can’t expect to see a hi-res Spotify option soon. From a business standpoint, streaming at low-resolution uses considerably less bandwidth on Spotify’s end. So too, streaming at a lower quality uses significantly less mobile data for users. However, hard drives and mobile plans are ever-increasing to allow for the transfer and storage of larger files, so we are entering an age where streaming services and consumers alike should start considering higher quality audio. The apparent consensus that hi-res options are more of a luxury rather than a necessity must first shift.

For now, I can’t justify spending $23.99 per month for Tidal’s “Hi-Fi” plan when I already own my favourite albums on CD at home. Nor do I think streaming services should be charging twice as much for hi-res audio. We’re living in 2020 – it’s time for high-quality music streaming to become an affordable standard for consumers and audiophiles alike.

Header photo: Woman in the window while listening to music by PickPik