Sea Girls: Five things that influenced the band on their debut album, Open Up Your Head 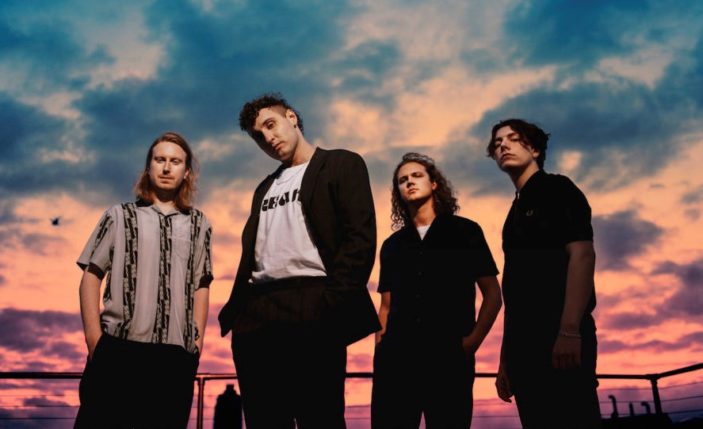 English rock band Sea Girls have just released their debut album Open Up Your Head. With a sound drenched in 00s indie rock, Sea Girls are a perfect match for fans of The Killers, Two Door Cinema Club and Bloc Party.

The band have already reached great heights – they recently sold out an upcoming show at London’s O2 Academy Brixton – making them one of only a few bands to do so before releasing a debut LP. The album Open Up Your Head sees the band’s songwriting taken up a notch, with frontman Henry Camamile showcasing his talents as a genuine storyteller for his generation.

The band have recently shared with the AU Review their top five things that have influenced the band and the album. Have a listen to the album and read on:

The Killers – Sam’s Town
Maybe it’s a cliche to be an indie band that loves The Killers but we aren’t shy about it. There are a few albums that we all collectively agree are top tier and Sam’s Town is right up there. Hot Fuss is great, but the way they managed to move their sound on and deliver such a statement when all eyes were on them is inspiring.

Phoebe Bridgers – Stranger in the Alps
We are all huge fans of Phoebe Bridgers, as is everyone obviously! The way she’s imprinted herself on culture so thoroughly in such a short space of time is so amazing to see. She distils incredibly relatable feelings into devastating and catchy songs, it’s that feeling of dancing while your world ends that you can definitely see pop up on our album.

Florence and the Machine – Lungs
It could really be any Florence album but this is the one we grew up with, we covered two songs from this album in our first band at school. The power that these songs have without relying on guitars turned to the max is so important, it shows that you can really be creative without losing the impact of a huge melody. That being said, we do also love turning the guitars up to max.

Frances Ha
I love this film so much. Noah Baumbach has an amazing way of conveying a story in such an authentic way. You believe these characters are real people, you can see your own flaws in them and you cheer their successes and lament their mistakes. It’s the messiness of human nature that is so captivating.

Dostoevsky – War and Peace
A band staple. Maybe influence is the wrong word, but we hope our album is to indie rock what War and Peace is to the adaptations of 19th-century literature. Epic, romantic and amazingly enjoyable.