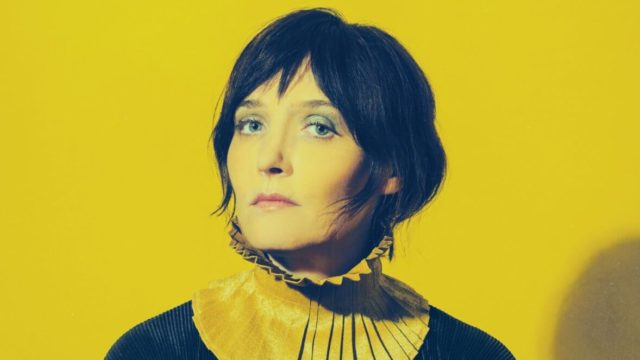 One of Australia’s best known and celebrated singer-songwriters, Sarah Blasko is touring around Australia, but this tour is special because she’s playing completely solo at all of her shows. We caught up with Sarah to find out why she’s decided to play solo now, and get the insider information about her new album.

I saw from your Instagram that you were just in Auckland, how was it?

It was great, I was recording the vocals for my new album there. It was great to get away and disconnect for a bit

When do you think the new album will be released?

Not sure right now, we might release a track at the end of the year but then release the album next year, or we might just release the whole thing next year. It depends how it sounds when it’s been mixed and finished.

Does the new album have a certain theme?

No, it’s not just about one thing. There are some songs about the link between desire and happiness… but it’s about a lot of different things there isn’t just one theme to this album.

When I heard you were doing a ‘solo tour’, I thought to myself, “Yeah, but doesn’t she always?”…

Yes, I know, I am aware of the irony of being a solo artist yet not touring solo!

Why did you decide to do a solo tour at this stage of your career?

It’s something I’ve wanted to do for a while, and I had a lot of friends encouraging me to do it… maybe just because they like to see me suffer! (Laughs) I didn’t tour a lot for my last album (The Eternal Return), and I wanted to get to some regional places… so it felt like the right time to tour solo.

You are going to a lot of regional places on this tour, are there any places you’re really excited to play?

Yeah, I played at a place called Meeniyan in regional Victoria years ago, and I remember that being a really good show then. It’s a really pretty little place, and the people were so nice. It’ll be good to play there again.

Apart from the obvious – not rehearsing with others – how does the preparation process differ this time from your last tours?

I’ve had to try a lot of new things while I’ve been rehearsing to see what works and what doesn’t. I’ve mainly worked on keyboard but I’ve been working on guitar a bit as well.

Are there any tracks in particular you’re really excited to play solo?

There are some that people have asked me to play in the past, so, I think those people know which ones I’m talking about. I’m excited to play them. But otherwise, without giving away my whole show, all the songs I’ve been rehearsing work in a solo space.

And are there any that are just completely out, not possible to do solo on stage?

Yeah, some work better than others. But none are really impossible, I’ve been playing and writing on keys since As Day Follows Night, so I can make most songs work solo.

Bit of a random question… Is there anyone you’d like to collaborate with, living or dead?

No… I don’t really think about that any more… I’m sorry that’s a bit of a boring answer or not what you expected! Maybe Cyndi Lauper. She’d be fun to play with.