Review: Jack White proves Fear of the Dawn is some of his finest work to date in blockbuster Brooklyn set 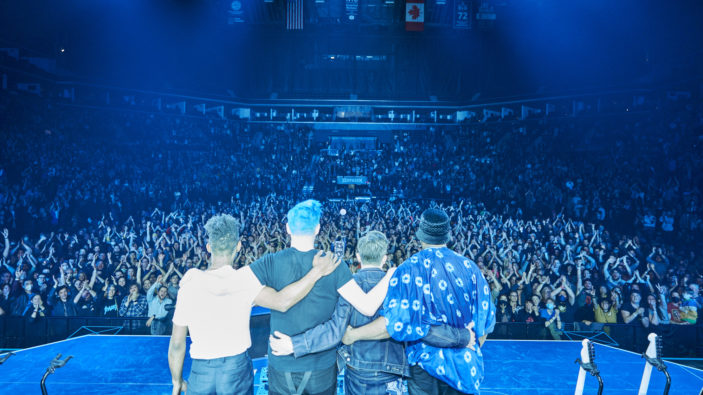 A recently remarried Jack White took to the stage last night in Brooklyn’s Barclay Stadium, as part of his North American tour for the brilliant new album Fear of the Dawn – one of the iconic Detroit musician’s finest to date, and the first of two albums he’s set to release this year.

The 2 hour set, supported by the just reformed Be Your Own Pet in their second show in 14 years, included a good dose of the new material, which unsurprisingly shines live; it’s a record that barely takes a breath, from the epic first notes of “Taking Me Back”, through to the stunner “Shedding My Velvet”. And with the album already going #1 in 9 countries, it seems like plenty have already experienced that for themselves – at least at home.

Live, the tracks from the record showcase White’s as ever incredible guitar work, and that of his very busy three piece backing band. Highlights from the new record included the incredible “Taking Me Back”, which opened the set and the album, “What’s The Trick?” and “Hi-De-Ho” – though sadly there was no surprise appearance from New York native Q-Tip.

Of course, plenty of old favourites made appearances in the set – with a mix of some The White Stripes and The Raconteurs (The Saboteurs) material, in addition to his solo catalogue.

Of the Stripes’ inclusions, “Dead Leaves and the Dirty Ground” and “I Think I Smell a Rat” came early, “The Same Boy You’ve Always Known” had us all smiling, “I’m Slowly Turning Into You” closed out the main set – and both “Icky Thump” and “Seven Nation Army” had us all singing along in the encore. And as is so often the case, the tracks were given a unique live twist, with extra long jams, and some tracks melding into the next to ensure the live experience was one of a kind.

White hit the keys for The Raconteurs’ “You Don’t Understand Me”, and “Steady, as She Goes” proved as great a song as ever, and could have easily closed out the night if “Seven Nation Army” wasn’t to follow. Fans of The Dead Weather would have also been pleased to see “I Cut Like a Buffalo” in the encore – it certainly whipped the crowd into a frenzy.

In something of a deep cut, White also covered the U2 track “Love Is Blindness”, which some may remember from the 2011 album AHK-toong BAY-bi Covered, or The Great Gatsby soundtrack.

There was even some yet-to-be-released music, with White and the band teasing two tracks off of his next LP Entering Heaven Alive, the organ rich “Queen of the Bees” and “Love is Selfish”. Both could be described as slower ballads, which seems to suggest a different pace for the next record. White said of the latter that he “wrote this when we were locked in our homes” and took a moment to acknowledge that he was “so grateful to be around people again – aren’t you?”. And indeed we were. 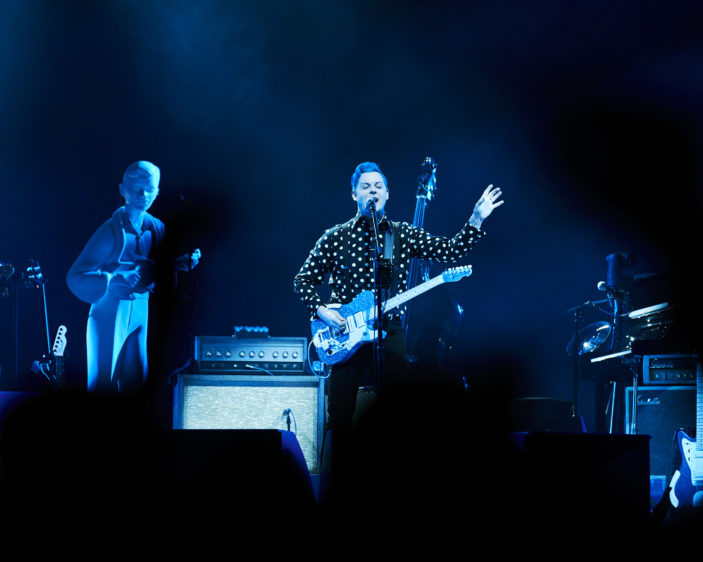 One thing is for sure as this blue haired wonder shows off his material new and old: Jack White has no signs of slowing down any time soon – nor any decline in the quality in his work. Like a fine wine, this is someone who just keeps getting better with age. There are few better live performers (and certainly guitarists) you’ll see in your lifetime.

Oh and it has to be mentioned that the stage set up, and the lighting, were phenomenal. Oh, and not to spoil anything, but the statue on the stage serves a pretty cool purpose… but I’ll leave that to you to discover for yourself.

The new Jack White LP Fear of the Dawn is available now. Entering Heaven Alive is released on 22nd July. For all his upcoming tour dates, head HERE. Photos by David James Swanson. You can see the full gallery from this show (and all the rest of the tour) HERE.

If you weren’t there, but want to listen to the event’s recording, you can do so at nugs.net. As he’s been doing for a while, phones are absolutely banned at his shows, but he’s got everyone who wants to remember the set covered.

Taking Me Back
Fear of the Dawn
Dead Leaves and the Dirty Ground
I Think I Smell a Rat
Love Interruption
You Don’t Understand Me
Love Is Blindness
Hi-De-Ho
High Ball Stepper
Black Math
The Same Boy You’ve Always Known
Love Is Selfish
Queen of the Bees
Lazaretto
Cannon
Catch Hell Blues
What’s the Trick?
I’m Slowly Turning Into You