Producer Giles Martin talks about the state of streaming as Sgt. Peppers celebrates its 50th Anniversary 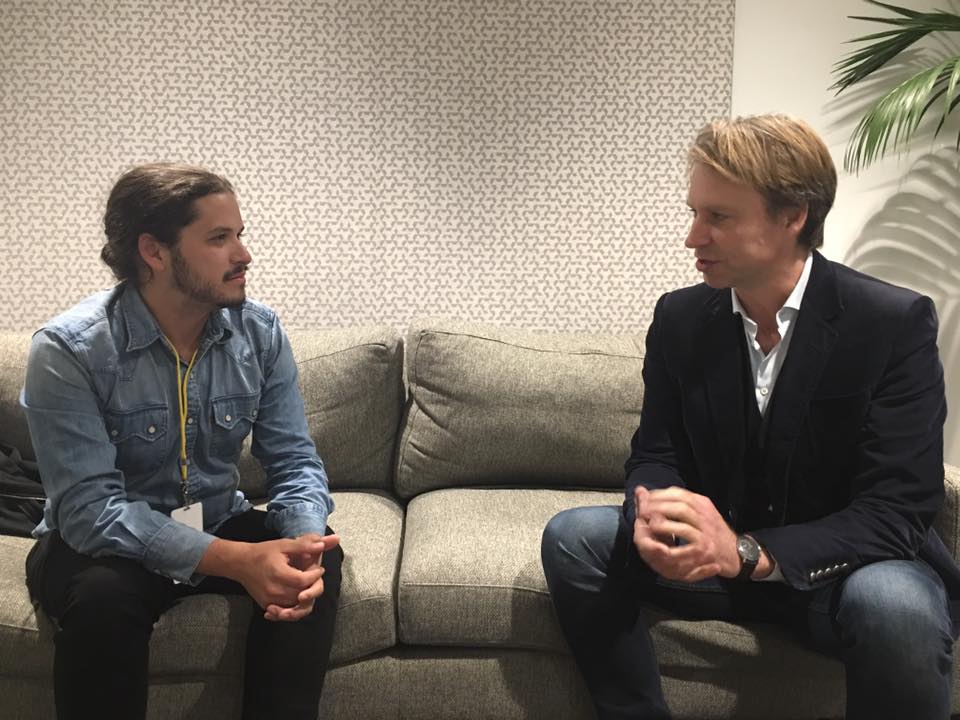 Just under two weeks ago now, the classic Beatles album Sgt. Peppers Lonely Hearts Club Band – widely acknowledged as one of the best and most important albums of all time – celebrated its 50th Anniversary, with the release of a brand new remixed, repackaged and remastered special edition, produced by the son of the man who originally produced the album – the late, great Sir George Martin, Giles Martin.

Back in February, I sat down with the man himself in Boston, while he was helping bring attention to Sonos’ new Playbase product (read our interview HERE). During the chat, we delved further into the nature of online streaming and he spoke briefly about the new Sgt. Pepper‘s release, which at the time had not been announced. Read on to see what he has to say about the aural dynamics of current streaming services, and whether or not he thinks we should be listening to music that’s bad quality.

When you use your Sonos speakers at home, what do you stream through them? Do you use Spotify? What do you think of those sorts of streaming services?

I have them all, because it’s part of my job. Now, it’s part of my job. I also have a sort of… a morbid fascination for what’s going on. Sound quality-wise and that, because as a “sound experience leader”, I can only really be responsible for the stuff that comes out, if the stuff that’s going in is any good. So, I have a responsibility for the Beatles catalogue. So, when that catalogue went on streaming services, I went around to all the services and went, how do we improve the stream, because I control this. I know what this sounds like and I want it to sound like this when it comes through the services. There’s lots of ways it can be done in that. It’s not good or bad, it’s not listenable or un-listenable… it’s evolving.

It’s all well and good to have great speakers, but if you’re putting through…

Yeah, exactly. I was surprised, I was genuinely surprised by the streaming services in terms of how engaged they were. The record label said, “You’ve got to remaster the entire Beatles for streaming? You can’t do that!” I said, “No, I’m sure it’s a simple process.” So I went to Stockholm, Google came to me at Abbey Road. They were all really engaged in how you make it better, because it’s in their interest to.

Record labels are less straightforward. And they need to get their act together as far as the distribution mechanism and not being too much like Gollum, and going like, “Oh, we could sell it again!” That’s the issue of record labels. But things like Spotify Extreme, I didn’t even know it existed to be honest until I was doing the tests. I got Revolver, and I put Spotify Extreme in, it’s pretty damn good. I worked on MFiT (Mastered for iTunes), I’m not sure if the stream of Apple sounds as good as it should. Spotify is a bit of work. I don’t think it should be called Spotify Extreme, I think that’s completely misleading.

Really what should be happening, and what will happen, without any question at all, is there will be a sort of variable bit rate, a flexible bit rate, or whatever you want to call it, whereby we all agree on what the high resolution is and that comes into your house, and then when you go on your mobile device it will drop down. Like Netflix now can do. That’s what will happen.

So you won’t have to flick your settings and all that sort of stuff. It’s moribund and just doesn’t make any sense. The fact that record labels charge twice as much money for CD quality files, where really it’s not high resolution… and compared to say Spotify Extreme, it’s not twice as better, certainly. For most people it won’t make any difference.

Do you think that’s the future for the streaming services, trying to engage with better quality, with better usability…

I think we have to take it for granted that you do that. I don’t think it’s the future expanding the world of streaming. I think that’s all about discovery and access and all these things. I care about sound and I expect the team I work with to care deeply about sound. Because that’s what we do. I don’t want the consumer to think about it. I don’t believe in that, you know. I really respect Neil Young obviously as an artist, but I don’t believe in that ethos that you can’t listen to music if it’s bad quality.

I listened to music that has terrible quality, AM radio, and on a cassette player with running fast forward on it and all that sort of stuff, you know? That’s the fact. I still loved it. And there are certain albums I loved on my crappy cassette player. You can’t be pompous and say, “You can’t listen to music like this.” Streaming is not taking off because it’s a certain quality. It’s not like the good old days were that great either. A massive system in your own home, and a pair of Play:5’s is probably going to sound better than that.

I think as an industry… and Sonos is part of that… I think, as an industry, there’s a question of streaming services, record labels, mastering engineers as well, aligning of what is loudness, and having a format that is strong and is a much better experience than anything that’s gone before, which is in our grasp. My role at Sonos is to make sure that we then deliver that to the consumer.

It just needs work. It just needs work, and I think we’ll get there. I think that right now we do a pretty damn good job of delivery music to the home. But I might dream, and I think we’ll get there pretty soon, is that whatever I’m listening to in my studios at Abbey Road, I want you to have exactly the same experience as I have. That’s what I want. It’s going to take a while, but with technology, there’s no reason why it shouldn’t happen.

Looking ahead to the year for yourself, what have you got coming up?

We’re doing some exciting new things here (at Sonos), which I can’t tell you about.

Things that shall not be named.

Things that shall not be named. I’m doing another Beatles mix project (Sgt. Peppers). I sit down to do the surround mix of that next week and… I’m doing the ATMOS mix.

I’m really excited about to hear that…