Pickathon’s Friday with The Beths, Dan Mangan and more cements the Portland boutique festival as one of the world’s best 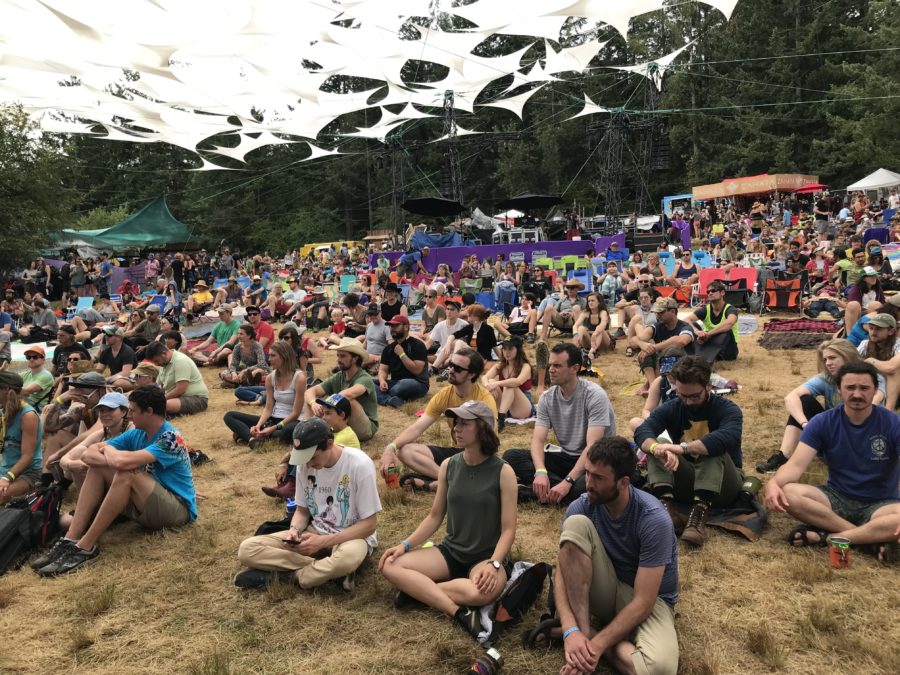 Set about 40 minutes out of Portland in idyllic wilderness, Pickathon is a boutique festival with a strictly limited capacity that brings up memories of festivals back in Australia like Secret Garden, Peats Ridge and Dashville Skyline. Crowds are quiet and respectful, here for the music, and surrounded by good food and amazing drink.

It’s also an event that cares deeply about the environment in which is exists. You buy reusable cups and plates, no plastic is used, there’s tonnes of vegan food, and there’s even stages made of fruit crates that are going to be dismantled and returned to their owners at the end of the event. There’s very much a no waste policy here. Meanwhile, people are camping in the woods and kids are selling comics as you walk by between stages (which takes you through the camp site). It’s truly a vibe like no other – and one for all ages (at least until a certain time in the night).

When I arrived, Austin outfit Mike and the Moon Pies were opening things up on the main stage, playing with a strong country and Americana sound, making sure to get the crowd moving early. 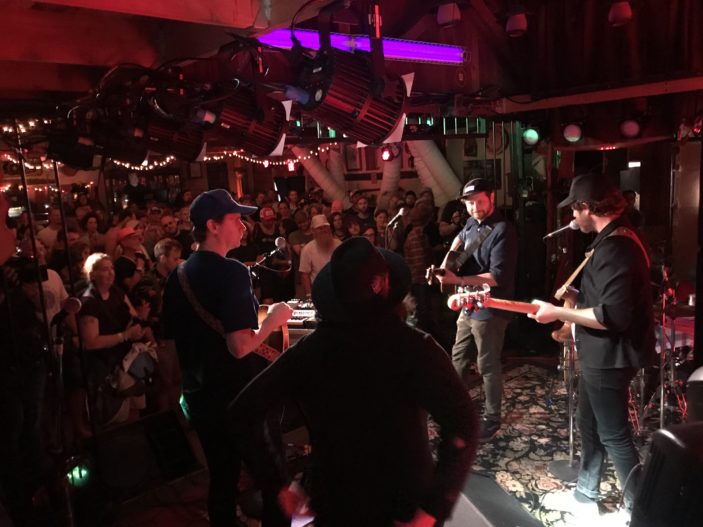 Stages at the event are a mix of indoor and out, and Canada’s Dan Mangan (pictured above) played early in the afternoon at one of the indoor stages, the Galaxy Barn, packing the room out, treating the audience to songs new and old – and some great stories on the way. Playing tracks like “Cold in the Summer” and “Road Regrets” with his band, and “Basket” solo. Also in the mix was the stunning “Peaks & Valleys” about having a pen pal, and he got some good singalongs in for “Sold”.

Mangan ended the set in the crowd accompanied by a light, standing on a chair, encouraging a spellbinding singalong for “So Much for Everyone”. It was such a powerful moment, some around me were brought to tears. At this point it felt like the event had already peaked – a perfect festival performance in every respect, for a crowd who gave it their all as well. And it was barely 230. 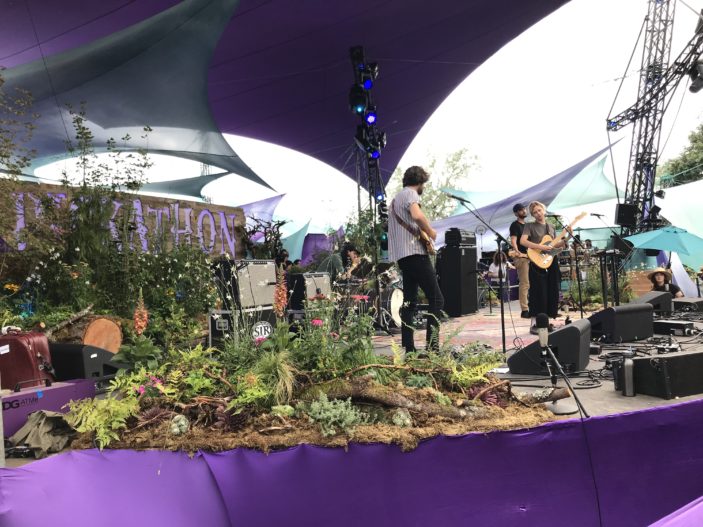 Another Canadian to pop into the event, Helena Deland (pictured above) was simultaneously thrilling crowds with her three piece band on the mainstage, with her oft haunting and hypnotic vocals, and closed things out with “Baby”

If you were looking for some heavier music, local up-and-comers Help (pictured below) opened the incredible Treeline Stage, with the trio screaming some excellent punk music – exclaiming “Help! I fucking need it!” as the raucous set kicked off, later taking us through tracks like “Class War Now!” (Which I feel got played twice), and providing loud, energetic and wholly engaging performance. Highly recommended for fans of Slaves, or really any punk band. They’re fantastic. 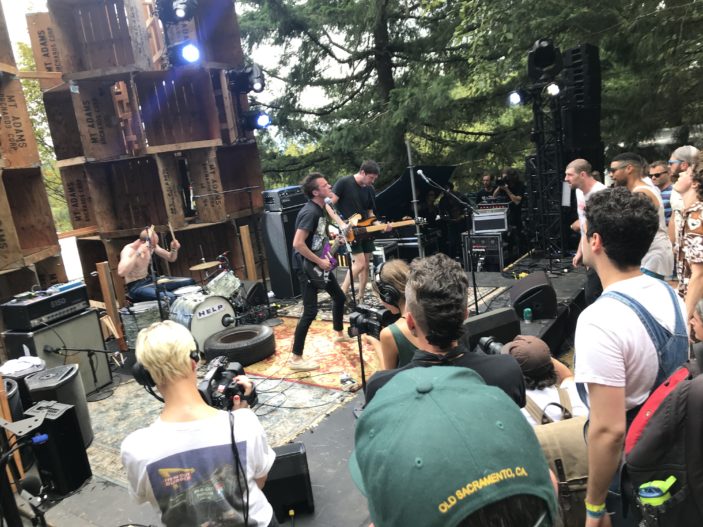 I headed into the woods and the aptly named Woods stage next to watch outfit Mountain Man (pictured below), the three piece who started beautifully in a cappella, before adding a guitar for “Rang Tang Ring Toon”. More music without instruments cane through, in a set that was quietly powerful, in a perfect setting with the aforementioned respectful crowd – many of whom were perched in hammocks. 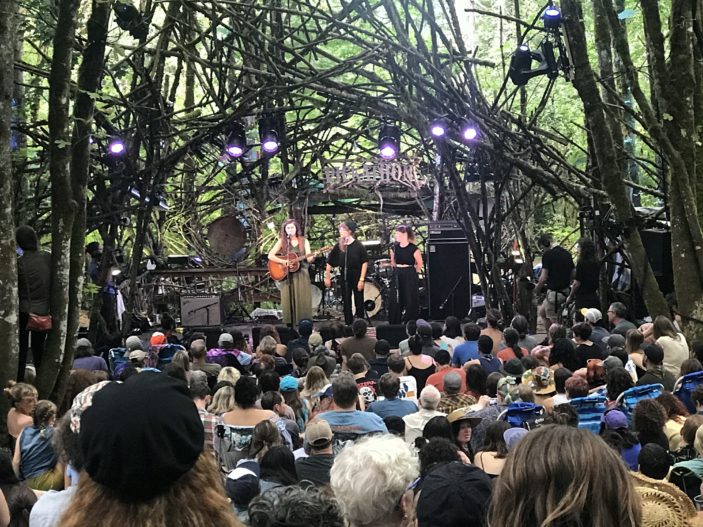 Omaha’s David Nance Group were a rocking good time, and Oregon’s own Fruit Bats (pictured below) absolutely brought the Woods Stage to their knees, the festival veterans opening with “Absolute Loser”, closing with the amazing “Humbug Mountain Song” and playing tracks like “From A Soon-To-Be Ghost Town”, “You’re Too Weird”, “Flamingo” and ” When U Love Somebody”, which had plenty of fans singing along. 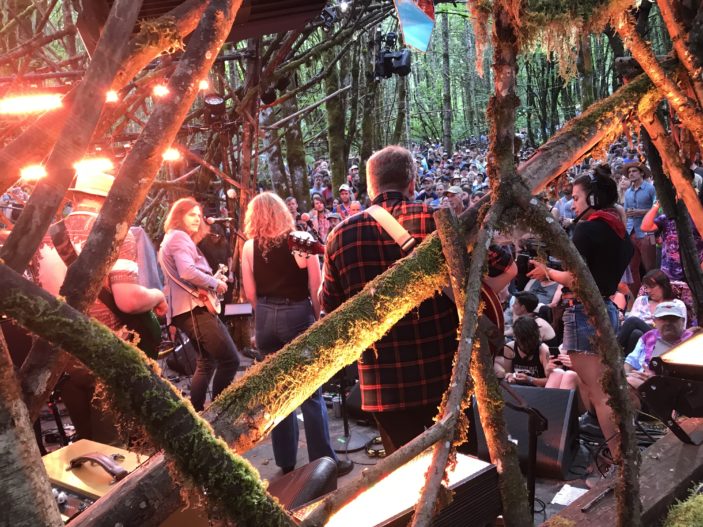 The festival isn’t just about the music – it’s also about the local cuisine. And one very special part of the event, which requires an advance booking that always flies out the door, is a curated meal that sees a local chef partner with a musician. There are 8 “Curation Series” events throughout the festival, and tonight I got to enjoy a meal designed by John Gorham of Toro Bravo Inc. to accompany a performance from Memphis born Blues musician Cedric Burnside (grandson of the legendary R.L. Burnside). The meal included mouthwatering BBQ chicken, corn bread, corn on the cob, collard greens and more took its inspiration from the Mississippi hill country blues. You can find the full Curation Series line-up HERE. But with only 80 seats per meal we’re assuming they’re all sold out for this year. 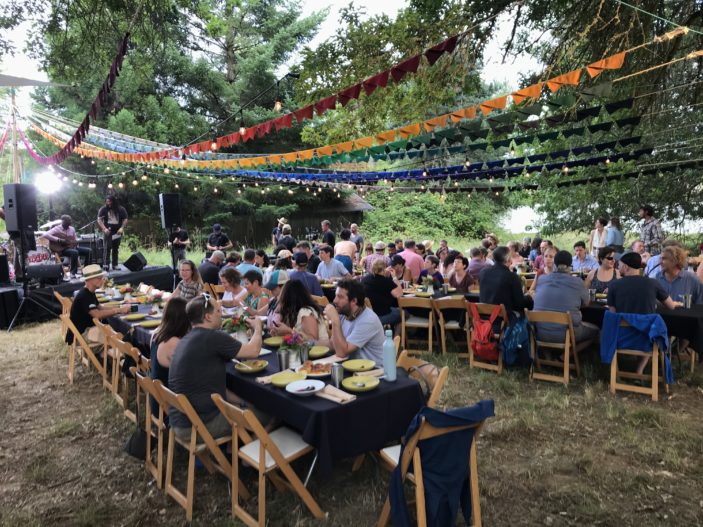 Ready to raise things back to 11, Los Angeles outfit JUUJJUU were a psych rock dream, which will please fans of bands like King Gizzard and the Lizard Wizard. Then there was Houston trio Khruangbin (pictured below), jamming out as the festival site went dark and closing out the main stage. 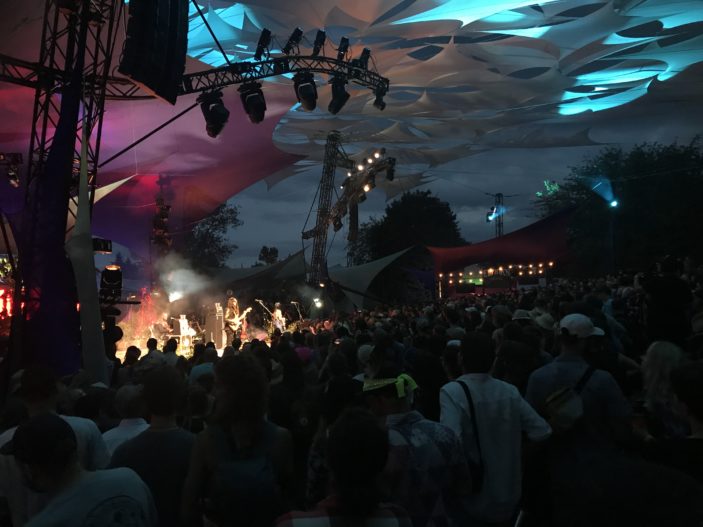 Another aspect of the event I love is that many of the stages, including the indoor stages, have the music playing on screens outside the stage area, which is a great way to keep people entertained in main areas, while not being disappointed if they can’t make it into – or get a good spot in – one of the performances. The suave performer Colton Turner (pictured below) for instance has his performance plastered over an impressive area while he performed in the Galaxy Barn. 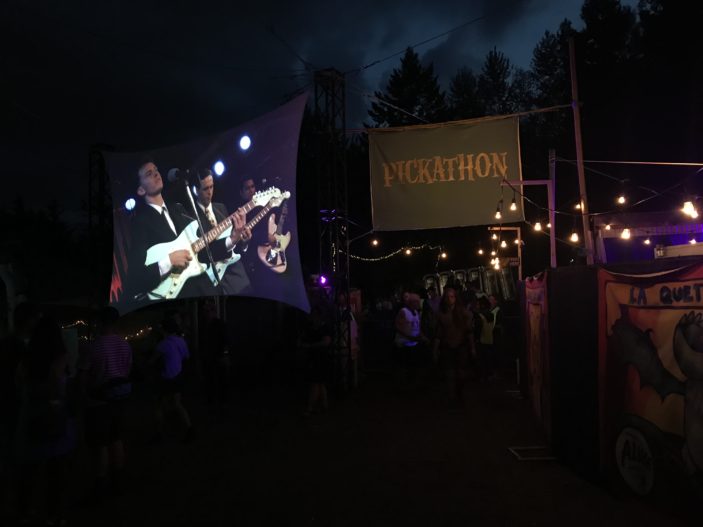 And it was in the Galaxy Barn that I ended my first day, with NZ rockers The Beths, playing their first of two sets at the festival and blowing crowds away – as they do so well; with the demand so high for their performance they opened up the barn doors, so people could watch from the outside. The group fit in a bit of a New Zealand geography lesson in between tracks off of their breakthrough album Future Me Hates Me, like “Whatever”.

I’ll get more in depth about the festival as the event continues, but after one day, one thing is already clear: as far as festivals go, this easily ranks among the best in the world. After 21 years, the event has been able to perfect its craft, curate its music beautifully and create a painless, wholly enjoyable day for all its attendees, of all ages. And did I mention how good the food and beer is!?

Pickathon continues over the weekend with Australia’s Julia Jacklin set to play two sets along with the likes of Lucius, Nathaniel Rateliff, Lambchop, Mdou Moctar, Mandolin Orange, Laura Veirs and many more. For more details head to Pickathon.com.

All photos by the author. The author is in Pickathon with the support of Travel Portland and Brand USA. While at the festival the author is staying at the Courtyard by Marriott Portland Southeast/Clackamas. Book a night at the hotel HERE.