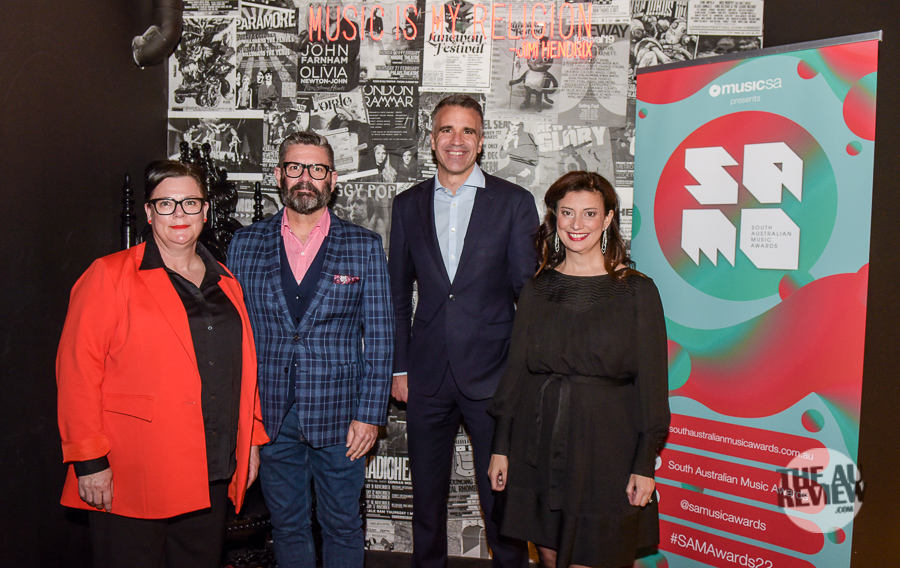 It was all glitz and glamour on the red carpet at the recently opened Hindley Street Music Hall for the South Australian Music Awards.

The big winner on the night was Elsy Wameyo who took home five awards from six nominations, including Best Song for her track River Nile, Best Release for her ‘Nilotoc’ EP, along with winning Best Solo Artist, and Best Music Video for Nilotic which was shot with Richard Coburn. Wameyo also picked up an industry award earlier in the week for her talents beyond the stage by taking out Best Studio Engineer/Producer.

The state’s First Nations musical prowess was on full display at the 2022 SAM Awards, with Electric Fields taking home 2 gongs, one for Best Group in the Major Awards and another for the People’s Choice Award for Pop artist of the year. Fellow First Nations artist Tilly Tjala Thomas made history as the maiden winner of Best Regional Artist, while the folk meets hip-hop duo of Marlon x Rulla was awarded Best Aboriginal or Torres Strait Islander Artist.