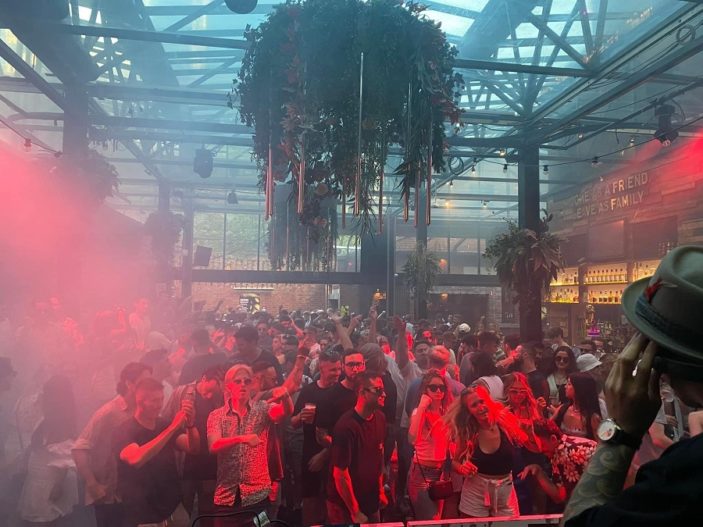 Although dancing and clubs have been a thing once more for a good few months now, it’s still worth shouting from the rooftops that clubs are most definitely back. Along with live music, hitting a well-curated club night was sorely missed over the past few years but the nightclubs that Australia does have left are at least making a steady crawl back to normalcy for those who want to have a go-hard-or-go-home kind of night. And let’s be honest, we could all use one right now.

Even more exciting is that international acts can once more head on down to our shores, so we’ve all been patiently waiting for that big club night that has a whole heap of talent from all over the world putting on their very best to make your night even better.

For Melbourne, that time came on 16th April, for Sydney it came a few weeks later, and now for Brisbane it’s all going down on Sunday 1st May.

Haven’t heard of everyone on the line-up? Don’t worry, just know that they all fit the S.A.S.H brand to a tee and will be throwing out bangers new and old to suck us back to normalcy.

Now it’s Brissy’s turn, with Sunday bringing in a huge line-up featuring the likes of Sydney champs Casette, Kerry Walace, Dani B from the Gold Coast, the stalwart Simon Caldwell and more. They will all be coming together to bring you a night of over 12 hours of relentless dancing and fancy dress.

S.A.S.H Brisbane takes place at the Prince Consort, which will be fully transformed for the massive party from the terrace to the front bar. Tickets are $34 each, which is small price to pay for such a generous line-up and the type of party Brisbane has needed for the past few years.

Head to sash.net.au for more information. Tickets can be purchased here.