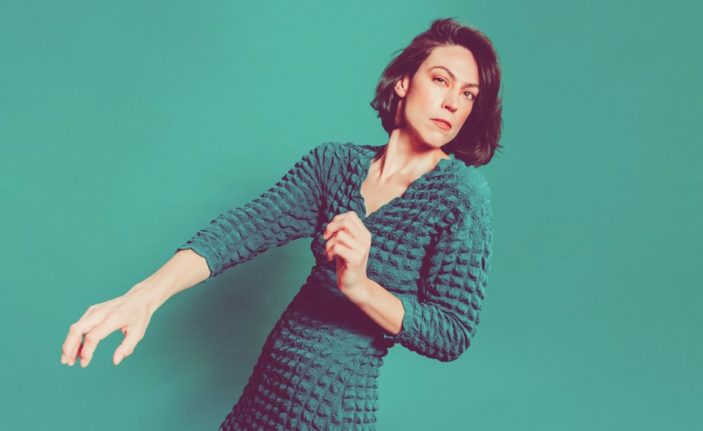 We’re closing out July with ten more tracks getting added to our Discovery playlist on Spotify and Apple Music; including two exclusive premieres from this week. Our Track of the Week is “Persuasion” from Georgia Fields.

“Persuasion” is the third single from Georgia’s upcoming album, Hiraeth, which is due to drop in November of this year. The track is a sprightly reflection on the desire to head back to a past lover, despite knowing it’s the wrong course of action. We know it’s unwise, but sometimes logic is abandoned in the pursuit of an insatiable itch needing to be scratched. She may be heading into emotional turmoil, but it’s with a buoyant spring in her step.

“Animus” is the title track from LA artist Emma Ayz’ debut EP. It’s a beautiful slice of dreamy, chamber folk, with a stunning central vocal performance and some restrained (but lush when required) soundscapes.

Tove Lo has released an absolute banger, “2 Die 4”. This is a track that gets you hook, line and sinker on first listen. It’s heading straight to the dance floor.

Sydney-siders I Know Leopard have released “Nothing is Real”. Strings, bass, synths and yearning vocals have you on a reflective jam with this one. They’ve also announced two headline shows – Melbourne and Sydney on 12th and 15th November respectively. They have also been announced as supports for the upcoming national Spacey Jane tour in August.

Brooklyn’s pop-punk trio THICK have released “Tell Myself”, a track about finding light at the end of the tunnel. Do check them out, upbeat and fun.

Richard Orofino is a singer-songwriter/producer based in Brooklyn. “Superstar” is his second release of the year and is giving us those late 90s/00s indie rock vibes. According to Orofino, the track is “about trying to convince yourself everything in your life is fine even though it’s not.” It’s a bit of an ear worm, with some clever instrumentation and a fine vocal.

The mysterious Peter Lake has been one of our favourite discoveries recently. We featured his track “Sweet Abyss” earlier in the year, and we couldn’t go past new track “Acorns”. Featuring Richard Fortus from Guns ’n Roses on guitar and banjo, “Acorns” sees Lake exploring slightly different territory. It’s a vibe, with some Dylan-esque vocal delivery and plenty of atmosphere.

To close out the week we also have premieres from Debbies and Fleeting Persuasion.