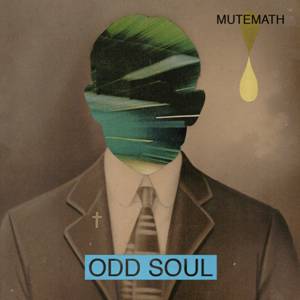 New Orleans’ rock innovators MUTEMATH have announced that they will release their third album for Teleprompt/Warner Bros. Records, entitled, Odd Soul, on September 30th, 2011. The album, which was produced by the band, is the follow-up to 2009’s Armistice, which debuted at No. 3 on Billboard’s Digital Albums and Alternative Albums chart, No. 4 on the Rock chart, and No. 18 on the Top 200 album chart in the U.S. The album was called a “must-have album” by the New York Post. The 1st single from Odd Soul, ‘Blood Pressure’ has just been added to Triple J and the visually amazing video will be serviced to TV next week.

Odd Soul came together over the course of six months, during which the members of MUTEMATH — Paul Meany (vocals/keyboards), Roy Mitchell-Cardenas (bass/guitar), and Darren King (drums) — locked themselves down at Meany’s home studio in New Orleans and didn’t emerge until they were ready to play it for others. “The idea of complete isolation was the only thing that appealed to us. No camera guys, no producers, no engineers, no record label people, no management. No one would hear or comment on what we were doing until we were done,” Meany says. “We didn’t want to make blurry music. We set out to record something that was unapologetically us.”

Since releasing their first EP in late 2004, MUTEMATH’s inherent nature has challenged limitations and expanded parameters. By the time they released their 2006 self-titled debut, their blending of adverse genres into its own innovative sonically adventurous creation earned them a reputation as one of modern music’s most daring young groups. By 2007, they would find themselves nominated for a Grammy (for “Best Short Form Music Video” for their single “Typical”) and declared “the #1 band you need to see live before you die” by Alternative Press.

For info, videos and photos of MUTEMATH, please visit www.mutemath.com.