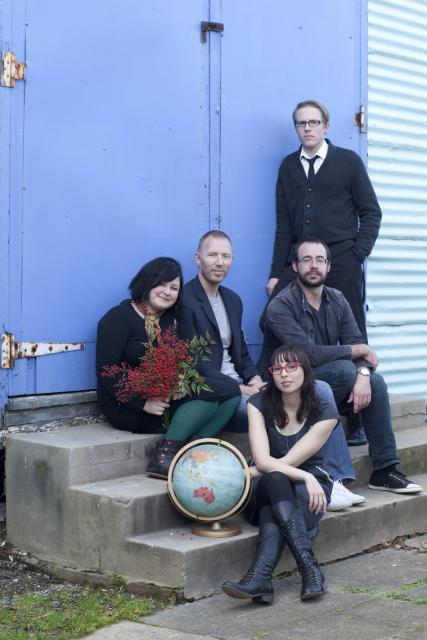 Brisbane alt-folk 5-piece Mardi Lumsden & the Rising Seas will be artists in residence at the Brisbane Powerhouse throughout September. As part of The Residents series, Lumsden and her band will play at the Turbine Platform every Friday in September from 6-7pm.

Fresh from releasing their new video clip in Brisbane and Sydney, the series will also include an exclusive performance with a string quartet and some never before heard arrangements, covers and new songs.

Lumsden captures the simplicity and intricacies of human nature in her songs. With her band, the songs are lovingly crafted, weaving stories together using the melodica, banjo and other instruments friends (and strangers) have passed along.

Mardi Lumsden & the Rising Seas recorded their second EP, Wherever you go, there you are, with ARIA-award winning producer Magoo at his Applewood studio, a converted church west of Brisbane. The EP’s closing track, Classified (WVTM), won the 2010 Q Song Folk/Ballad award and was a finalist for the 2010 Song of the Year.