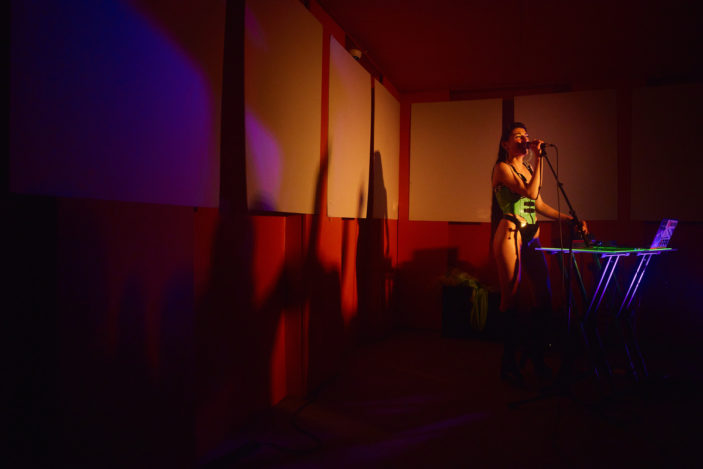 Melbourne dance-pop singer and producer m8riarchy has returned just four months after her 2022 EP Never Drop with another floor-filler “Body”, released 29 June. An exploration of sexuality and freedom, the latest bop is an invigorating and playful celebration that will transport you straight to the club.

“Body is a sex-positive dancefloor banger that explores pleasure and connection,” m8riarchy explains. “I wanted to create a euphoric symphony that invites listeners to celebrate the joys of sensuality, sexuality, playfulness and self-expression.”

The sexy single was co-produced by m8riarchy and Matthew Hadley (Total Giovanni), who also mixed the track, and was mastered by Stuart Hawkes (Metropolis). Drawing influence from Calvin Harris and Robyn, the energetic track bounces between shimmering synths and deep basslines below her commanding vocals.

“I wrote Body ten years ago and struggled with the production to the point where I had given up on ever releasing it,” m8riarchy continues. “Matt expressed interest in collaborating and, given our similar tastes in dance music, it worked out perfectly for us to bring Body to life together.”

With over 30 million streams on Spotify alone, m8riarchy’s impressive resume includes feats such as lending her vocals to Shouse hit “Won’t Forget You”, touring across Australia with the duo, and performing at Groovin The Moo, The Australian Open and Sydney New Year’s Eve 2021 on ABC TV. She is committed to promoting women in the Australian music landscape and the themes of her songs reflect that passion and drive.

Praised for her unique vocal prowess with extensive support by triple j, m8riarchy has definitely become one to watch in recent years. With a vault of radio-ready tunes simmering below the surface, you know what comes next is just going to get better and better.