Lollapalooza lands in Berlin next month with a wicked lineup – including these three Aussie acts!

The world-famous music festival Lollapalooza will be in German shores for the 5th year early next month, September 7th and 8th. While this year’s lineup is largely pop-leaning, you’ll find that the festival still offers little bites for everyone and Australia joins in on the fun, giving Germany a taste of Aus, with Byron Bay’s electro-pop Parcels on the list along with Sydney’s Courtney Barnett and Dean Lewis.

Taking place in the iconic Olympiapark and Olympiastadion in Berlin, the weekend-long festival also brings Dublin rockers The Coronas, British fem-punk trio Big Joanie and 6lack, bringing rap into the fold. A German-held festival isn’t complete without some local flavours though, so Lollapalooza Berlin features the likes of German-sweetheart Alli Neumann alongside Dendemann, Gramatik and Eno bringing on plenty of German-rap to go around, and German Sprechgesang-rockers Kraftklub taking on a headlining spot. 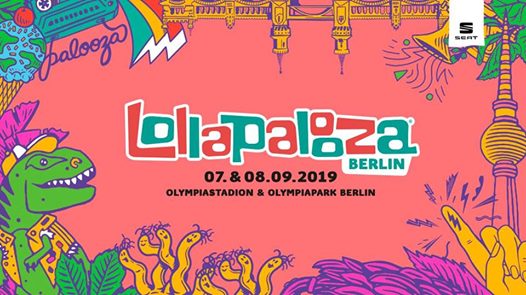 And who are the headliners? Well this year’s Lolla Berlin features some of the biggest acts today from across the board. Bad Guy singer Billie Eilish, hailed by some as the Queen of Streaming, sits as one of the headliners of the festival along with fellow American singer-songwriter Khalid, who will perform on the same stage the day after her. Headlining alongside them are Ohio-hailing duo twenty one pilots; Let You Love Me singer Rita Ora as well as the best of dance with the likes of Swedish House Mafia and Martin Garrix topping off their respective days from the all-electro Perry’s Stage (named after the Janes Addiction frontman who helped launch the original festival in Chicago). Closing off the Main Stage of the two-day festival is rock-family Kings of Leon who are celebrating the tenth anniversary of their award winning album Only By The Night this year.

Those wanting to add more to their Lolla Berlin experience can also enjoy Lolla Fun Fair (which looks exactly what it sounds like), Aquapalooza or Fashionpalooza. Perhaps you’d like a break from German beer? You could visit the Weingarten which also has its own music stage so you don’t have to stop the party just because you’ve gone classy (with your drink).