The 2018 edition of Lollapalooza kicked off Thursday in Chicago’s Grant Park with a jam packed lineup of today’s current pop sensations.

Lollapalooza this year seems geared to the new wave of artists and not so much the big names of yesteryear, The Weeknd is slated as the first name on the bill this year, when it past years that slot has belonged to bands such as Red Hot Chili Peppers, Radiohead and Paul McCartney. It seems this year, they are letting the young ones run the show.

The headliners on Thursday were led by Travis Scott, Arctic Monkeys, Khalid and CHVRCHES, Here’s a roundup of Day 1 of Lollapalooza.

Travis Scott made waves when he announced his newest album would be dropping just two hours after his Lollapalooza headlining slot ended. Astroworld was a huge presence throughout his set, as the giant young crowd clamored for an early preview.

Scott debuted a few songs from his first album in two years and touched on his many older hits in a high energy packed show with several screens on stage and several rounds of smoke and bright neon lights. 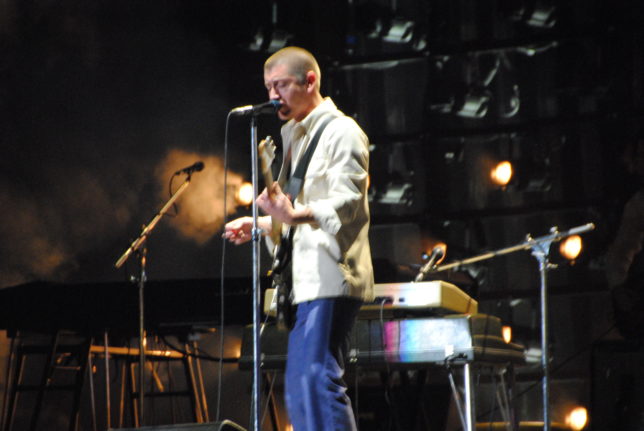 There is a lot that has changed with the Arctic Monkey since the last time they toured the festivals of the United States. The release of Tranquility Base Hotel + Casino took a lot of people by surprise. Gone were the huge guitar riffs and lead singer Alex Turner’s soaring vocals and in were plenty of soothing pianos and a mystic low singing Turner.

Their headlining slot seemed a bit different too. The presence of songs like “Arabella,” “Brainstorm,” and “Do I Wanna Know?” Show that the band still have the chops to be one of the best rock bands on the planet, but there was a weird vibe that carried throughout the show. Their new songs sounded as good as they do on their record but don’t quite carry the electricity that their earlier cuts do and that seemed to kind of keep their show from really ever elevating to a point that a Lollapalooza headliner should be at.

Few artists have had a better year than Khalid. The 20 year old from Georgia has been a major contributor on tracks by the biggest artists in music today but his soothing voice is the highlight of every track. His voice was the perfect thing to play out over the giant crowd as the sun set on the first day of 2018’s Lollapalooza.

Khalid was joined on stage by Normani as they performed their hit “Love Lies” and their electricity and chemistry steamed on stage. The rest of the show was pitch perfect just like his voice. 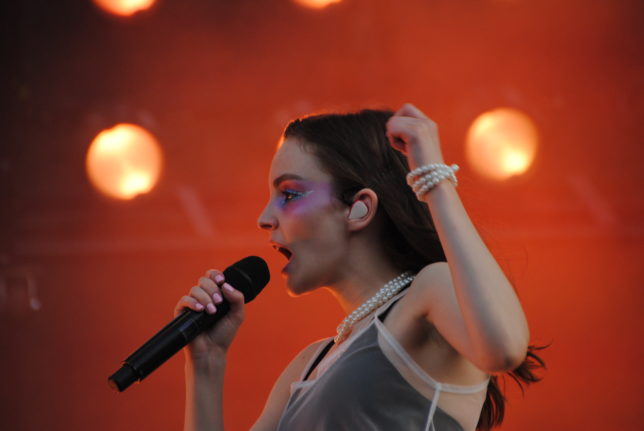 This band has grown so much since they first hit the scene over 5 years ago. Lauren Mayberry has evolved into a monster presence on stage, both vocally and physically. Their latest album Love is Dead really elevated them in terms of popularity and radio play and each of those songs really resonated during their Friday early evening set. 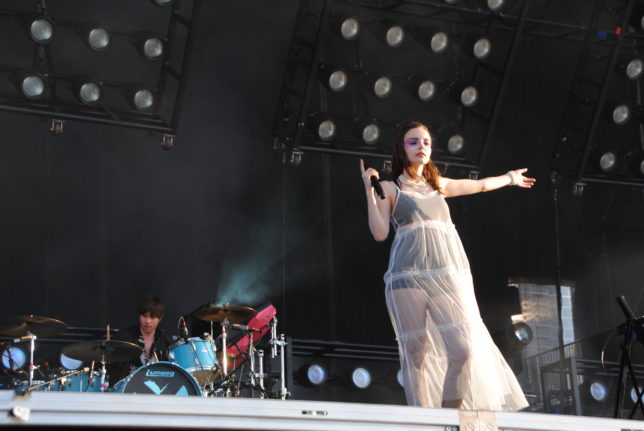 “Miracle” really popped and their ability to elevate their music into arena rock level status makes their shows can’t miss. Plus having the National’s Matt Berninger to come join on stage really elevates a show to another level.  They definitely deserved their slot and they took advantage of the moment and played probably the best show of the day. 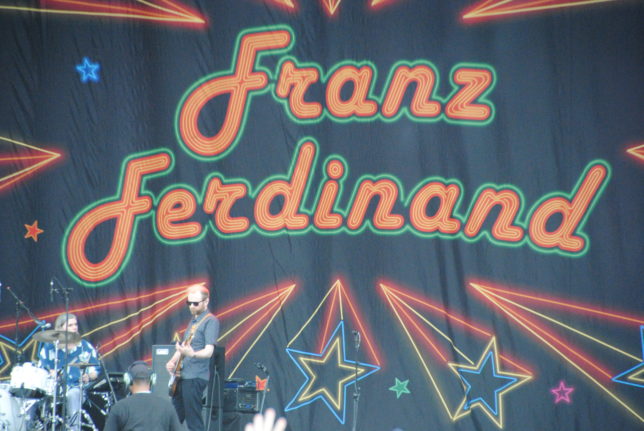 Other highlights were Frank Ferdinand playing in front of a huge crowd and bringing back early 2000’s happiness by the soaring guitar riffs of “Take Me Out.” Camila Cabello had one of the biggest hits of the year in “Havana” and played in front of a giant crowd singing with her on every word. The Wombats played at the hottest point of the day, but their boyish energy and upbeat melodies pushed their crowd to rock out.

Friday’s highlights include Bruno Mars, The National, Post Malone, Brockhampton, James Bay and many more. Stay tuned to the AU for all the coverage! Photos by Taylor Mithelman.