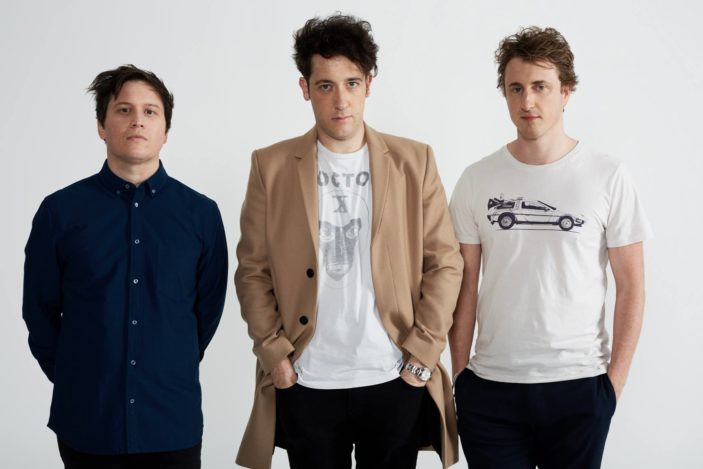 Over the years, The Wombats really held it down for Britpop at a time when Bloc Party was middling around and Arctic Monkeys were a bit too big for the little guy anymore. The combination of excellent songwriting, earwormy hooks and vibrant, upbeat dance rock really hit home for a lot of people, and songs like “Let’s Dance To Joy Division” and “Kill the Director” painted a picture of a band that’d be around for a very long time.

The Wombats might not have as much shine to their name as they used to, but I’d be damned if they haven’t gotten better over the years. Consider them underrated then, and consider their recent show in the heart of Sydney Opera House – the recently remodeled Concert Hall – to be one of the sleeper-hit concerts of the year.

The Wombats have been down to Sydney many times over the years and have proven themselves one of those acts you’d always go see, no matter what. Their live show is reliable, consistent and really showcases that their songs are more than just those big, anthemic hooks. And somewhere between watching them all constantly switch guitars and confidently hammer out hit after hit, there’s a real sense of unfairness that this band never really hit those big, showy headliner spots like the comparable Two Door Cinema Club or Kaiser Chiefs.

I mentioned those two bands because I’d place The Wombats somewhere between them. The pop sensibilities of Two Door Cinema Club have given modern Britpop some incredibly catchy hooks. The Wombats have that in spades. But then, and I mean this as no diss to Two Door, The Wombats have the songwriting prowess of Kaiser Cheifs and, at times, even Arctic Monkeys.

You’ll hear it in songs like the exceptional “Method to the Madness” and old sentimental jams like “Turn”. If you took out those big hooks that were absolutely made for somewhere like the Sydney Opera House’s Concert Hall, then you’d still have charming, quality Britpop for the ages. I wouldn’t say the same thing about Two Door.

Expertly paced, The Wombats chose the most perfect set list they possibly could have, squeezing in all the hits (“Moving To New York” was the opener) and still managing to showcase enough material to remind us that they should never be counted out.

And evidently, there are many who are already hip to The Wombats revival. The crowd could not stop singing every single song, which really elevates a gig at the Concert Hall to the point of elation.

And maybe that’s the best word to describe the entire set. Elation.

Joyful, big, addictive, chaotic and charmful. Those words apply too. But elation is something The Wombats have caked into their sound so well that amidst all the streamers and pyrotechnics, it actually felt like a special occasion when it was really just another weeknight.