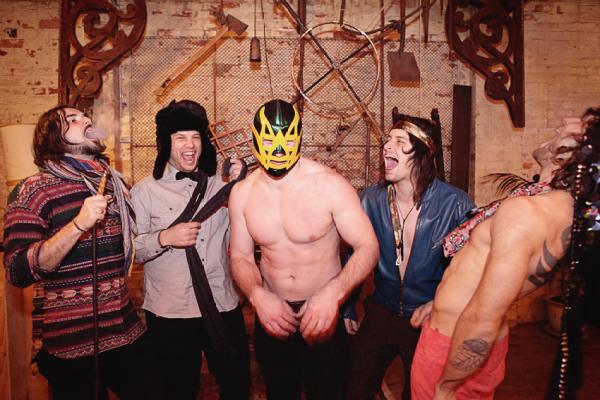 This being my very first time at Revolver Upstairs, I walked around like a complete git, not knowing where the freaking bandroom was and looking like a complete idiot for 20 minutes or so.

This made me late for probably half of Other Places. From the music (or should that be ‘experimentation with sound’, I couldn’t quite tell) that I did hear, it was a musical mind jerk that was a little out of this world. They were absurd in that their set has this slight violent tone yet didn’t stray too much from being amusingly toneless with no delineation of structure.

The incredibly adventurous Oren Ambarchi and his project, The Husbands then pushed the sound system to its limits. In one of his fairly rare performances under this moniker, I regretted not bringing earplugs when the loudness and aura of the set lifted off for about half an hour. A continuous sound of six or seven guitars going nuts is something to behold. In the smallish space of the Revolver Upstairs, it was all quite powerful.

I thought Wunderlust could have a hard time to follow that amazing spectrum of sound, but they played a special mix of both low key and passionately rhythmic tunes. Most of the tunes were being played from their Lust Tapes release which in a live sense writhed around too many build ups and climaxes. I could only compare it to not being entirely Krautrock in their approach, but more unhinged. Exploring ideas of occasional improvisation, but bringing it all back to a deep groove, driven by a pummelling drummer. This was the great thing about this band that made an impact, and while instrumental experimentalism doesn’t bring out this reaction, I found myself bopping my head to this crazy night of music.