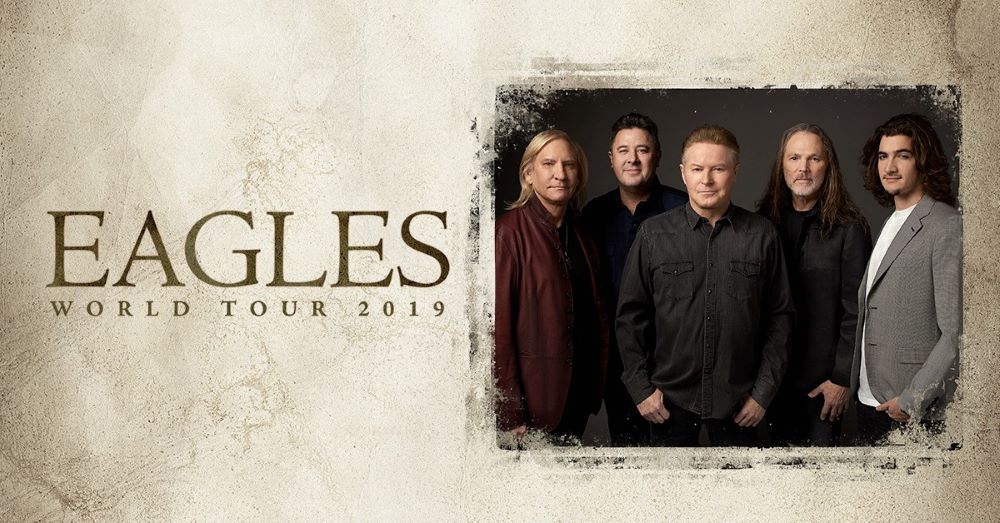 Finding a way to continue Eagles without Glenn Frey, who passed in 2016, must have been difficult. How does one treat a legacy so treasured by music fans the world over, after a loss so deep? The answer, in this case anyway, is actually quite simple. “We aren’t the same band we once were”, founding member Don Henley admitted to a sold-out Quods Bank Arena during the second-to-last show on their current Australian tour, nodding to the late legend while Frey’s son Deacon stood by his side. “This night is about the songs you know, and about what they mean to you”.

And that’s the thing. Over almost five decades, Eagles have given the music world some of the most endearing songs of all time. Keeping the band’s enviable legacy in-tact was always just a matter of doing those songs justice, and having a line-up that works well enough together to do so. This of course doesn’t mean that Glenn was replicable in any way – the legendary Hall of Famer is responsible for many of rock’s greatest hits and was truly adored by fans across generations. What it does mean is that he, along with the surviving Eagles members, formed songs so strong and empathetic that there’s just no way this band’s incredible legacy could ever be dulled.

Not that it was ever a concern anyway. Henley, along with long-time members Joe Walsh, Timothy B. Schmit, and Steuart Smith have been given new strength with the addition of Deacon and country music legend Vince Gill. It’s an iteration of Eagles no serious fan would be disappointed in, especially after 2.5 hours of exceptional musicianship, sticking faithfully with these songs which are arranged in perhaps the most satisfying set-list of a legacy act Sydney has ever seen (or at least seen for a very long time).

Key to this is the rich vocal harmonies which are accentuated in the live arena, playing off the walls and immersing the audience in the genuine warmth that has defined Eagles since 1971. The gorgeous set-opener, a cover of Steve Young’s “Seven Bridges Road”, seemed carefully picked just to show off those harmonies and put any fears to rest for older fans. All members sounded flawless together, layered over one another in perfect synchrony as a stage-wide screen slowly made its way through a dim forest.

Remarkably, there was not one single moment throughout this 2.5 hour set that could be seen as a lull, or a stagnation in this masterclass of rock ‘n’ roll. Deacon does a fantastic job filling in for his father, stepping into the spotlight for hit “Take It Easy” and immediately winning the crowd over with his gentle voice. Similarly, Gill proves a valuable addition for the band as he handles the reigns for “Take It To The Limit” and Tequila Sunrise”, both impeccable in their presentation. But it’s Henley who shines the brightest on many of the concert’s finest steps, hidden away behind his drum set and lifting these harmonies with that ageless, raspy falsetto matched in distinction only by Joe Walsh’s unmistakably eccentric voice.

Having these different vocal textures to play around with meant that the focal point was shifting almost every song; a dynamic performance considering how carefully these songs were arranged. Every member was given their defining time to shine, whether it was through voice or through wordless solos, from Smith’s virtuoso guitar jams to Schmit’s tender plucking and buttery charm.

Blues, funk and country crept in at exactly the right moments, whether it was the dusty “Witchy Woman”, the rowdy “Heartache Tonight”, or the flamboyant “Funk #49”, livening up certain spots. This was especially true for wild-card Walsh, who would be given a few tricks to play around with, like turning into a fiery rock god on-screen.

Though few moments could compare to signature song “Hotel California”, the first of three encores, splayed out like the big rock epic we all know it to be. That kind of excitement, obviously echoed through the crowd, was juxtaposed with the softer notes of “Desperado” and night-closer “Best of My Love” as the house lights drew near. Again, the pacing was perfect, showing off the many sides of Eagles but always highlighting just how incredibly soulful their work really is.

Best of my Love