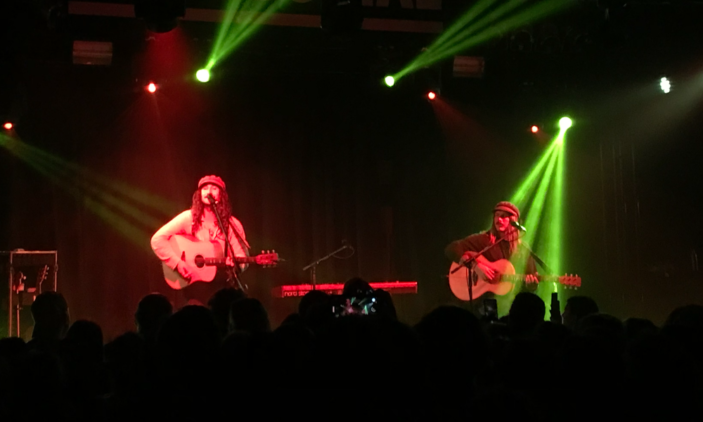 The Dreggs are story-tellers in every sense, and there’s no better platform to share your intimate, personal tales than a sold-out gig with an adoring crowd. That was the case on Friday night at Freo.Social.

The Sunshine Coast duo rounded out their ‘Hold Me Closer’ tour with two dates in the WA harbour town, the latter a secret sold-out show on Saturday, preceded by Friday’s gig at the larger capacity venue with support from local fave Jordy Maxwell and Kiera Jas.

The Dreggs, who are Paddy Macrae and Zane Harris, have steadily built a strong following over the past few years drip-feeding out a pile of indie-folk singles with the tour named after their latest release.

Margaret River talent Kiera Jas’ sunny indie melodies warmed up the mood as the crowd filed in, the bulk who had arrived in time to catch the popular Maxwell.

Like The Dreggs, Jordy is a story-teller who explains his heartfelt song writing live, offering a deeper insight into his music, which shone on ‘She Came Back With Rainbows’, followed by a sing-along cover of ‘Country Road’ dedicated to his nan. 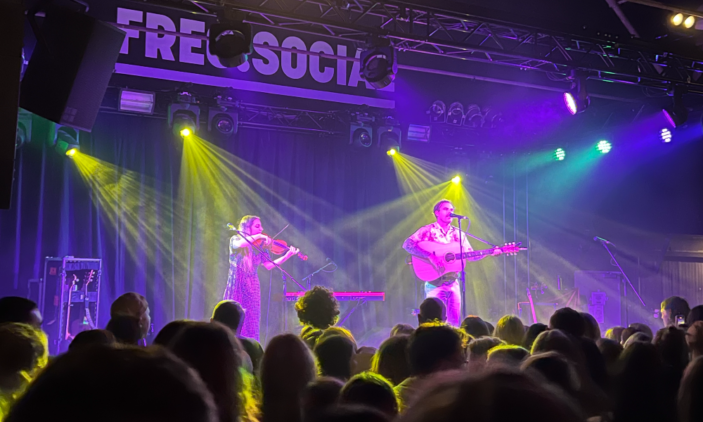 After a 30-minute wait to build the anticipation, The Dreggs hit the stage, opening with ‘Keepsake’ and ‘Call Me Home’ which delivered energy and got the frenzied crowd going, albeit stalled after a lengthier-than-normal moment to re-tune their guitars.

For an acoustic two-piece, with Zane permanently sat, it can be challenging to generate energy or maintain engagement, but The Dreggs draw upon the stories behind songs, explained between tracks with disarming vulnerability, never more pertinently than with ‘Simple Question’ about Paddy’s late brother or their numerous tales about break-ups such as ‘Let You Go’.

There may be some need to tighten up those stories, particularly during a Friday evening show close to midnight, but it’s hard not to warm to such openness. But those tales aren’t all deep and meaningful, with laughs shared about busking in Byron Bay amid a bad bowel reaction to off-milk consumed during their more penurious days.

Of course, they’re also excellent musicians, faultlessly nailing their foot-tapping melodies and catchy harmonies – including some banjo on the tour’s title track – with zestful and seductive tracks that will get the soberest of audiences swaying and dancing, evident on popular hit ‘Give Myself To You’, which Paddy explained was the first song they ever wrote.

There was no encore – which Paddy revealed they don’t believe in, which the jury is out on – but they closed on builder ‘Gold’ with the crowd clap-along proving a satisfactory replacement to wrap up an evening full of energy, humour, vulnerability and musicianship.

The reviewer attended the show at Freo Social in WA on 2th September 2022. For more from The Dreggs, including their upcoming international tour dates, head to their official website.