As restrictions are slowly eased around Australia leading to the gradual return of live gigs, it feels like there’s pent-up energy ready to be released at every show but Perth indie-poppers Spacey Jane took the cake at a sold-out Bar 1 in Perth on Friday night.

The local garage four-piece are quickly becoming renowned for their energetic live shows and they didn’t disappoint, although the sardine-like crowd at the smallish Bar 1 (notorious locally for juvenile wild nights and it’s unpalatable aroma) in northern suburb Hillarys didn’t need much coercion to match that, in the first show of their latest six-gig tour in Perth and Mandurah.

After a regional WA tour, these shows represent only the second time Spacey Jane have been able to play live their debut June LP Sunlight (which was nominated for Triple J’s Australian Album of the Year), only upping the anticipation levels. 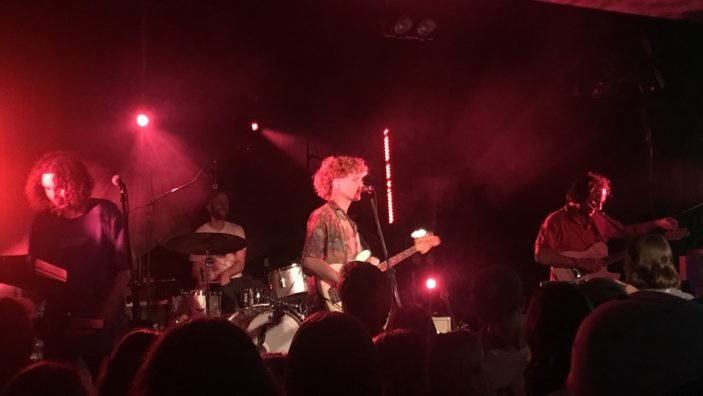 Looking past the obvious ironic link between the band members’ big hair and their name, lead Broderick Madden-Scott offered a restrained (partly by his keyboard) howling energy on the right of stage.

After a half-hour wait, Spacey Jane subtly made their way on stage to Gloria Gaynor’s “I Will Survive”, before immediately ripping into melodic Sunlight single “Skin” and popular 2018 tune “Cold Feet”.

The energy burst straight away with guitarist Ashton Hardman Le Cornu leading the way with his hair flicking and constant frenetic movement, while cool frontman Caleb Harper had the audience swooning with delight.

Harper, Hardman Le Cornu and mild-mannered bassist Peppa Lane launched in a rock-out jam session during the back half of “Good Grief”. All the while, drummer Kieran Lama could barely be seen, with Spacey Jane having added a layer of lighting for this tour, which wasn’t quite spot on.

It didn’t overly detract as the energy permeated from the stage into the crowd, which had seen the punters flood forward, ignoring any COVID-safe concerns. It felt like every tune was greeted with massive applause and despite the tight confines, the inevitable shoulder climbers emerged. Bar 1 was rocking.

Harper doesn’t say too much, sharing around mic duties with Lane (for their Welcome to Country) and Lama briefly, with the latter introducing the band and leading into “Head Cold” with good climactic effect.

But Harper’s lack of verbal engagement is offset entirely by the energy he puts into the show alongside Hardman Le Cornu, who gives it everything he’s got. Harper is a natural performer. Lane, who only joined the band last year, still feels like she’s settling in but gives the four-piece great balance with vocals and gentle presence. 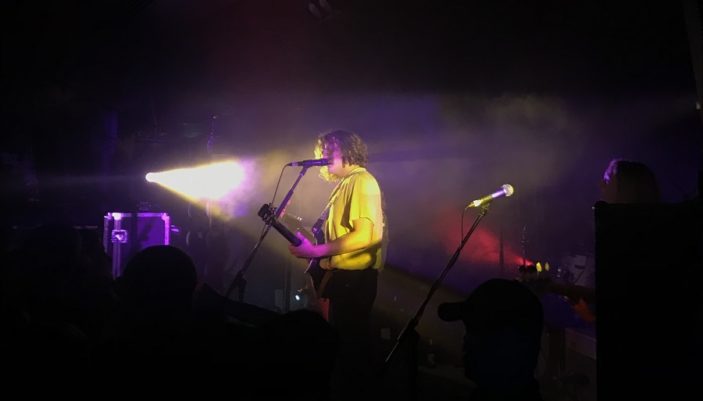 There was an uncompelled clap-along for the latest Sunlight single “Straightfaced” before they wrapped up the set with Hottest 100 hit “Good For You”.

After the briefest of brief intervals, Spacey Jane returned for an encore, with more jump kicks from Hardman Le Cornu for the head-banging “Still Running” and Kings Of Leon-like “Thrills” to finish a zestful show where the crowd never stopped and went home happy having released some of that pent-up energy.

Spacey Jane’s debut album Sunlight is available now. Limited edition coloured vinyl pressings of earlier EPs No Way To Treat An Animal and In The Slight are out November 27th. Pre-order them HERE. The band’s upcoming run of shows in the Perth Metro area have all sold out.