There was a quiet excitement through the crowd as Shaad DJ’d through the opening half hour at Estonian House in Brunswick on Friday night. Obviously, there was something to look forward too with the final of two shows performed by band, Snail Mail beginning within the hour. Artist Lindsay Jordan has had a cult following in Australia with her emotion driven journey of an album Lush making quite an impression down under.

Opening for Snail Mail were Major Leagues a four piece from Brisbane with a certain tenacity, driven but a garage-esque sound that was undercut by an indie quality that made their sound individual. The set was dominated by their recent releases, leaving a fond taste in the mouth, and a memorable tune to finger drum too. 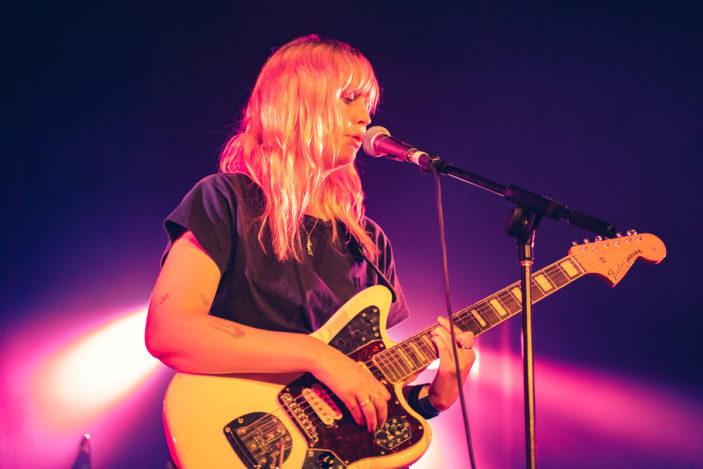 But, Major Leagues were unfortunately hampered by consistent technical issues through the night’s second performance putting a strain on the set, and leaving the band and techs there scratching their heads. Reduced to only five songs Major Leagues gave a good showing and were still able to instill a level of hype into the crowd, but having no technical strain would have helped build a denser reaction to the opener. Otherwise, Major Leagues had a sound worthy of opening for Snail Mail and in dedication of Women’s Day; closed on a Sheryl Crow cover.

Sail Mail, also known as Lindsay Jordan, put on a stunning performance for the crowded room in Brunswick on Friday night marathoning two performances back to back, an impressive effort that wasn’t lost on her fans. The mood in the Estonian House was an interesting one throughout Snail Mail’s set, shifting between active excitement, highlighted by the singing along with Jordan’s lyrics and an ardent understanding for the deeper meaningful moments within her songs leading to a complex attention to her presence. 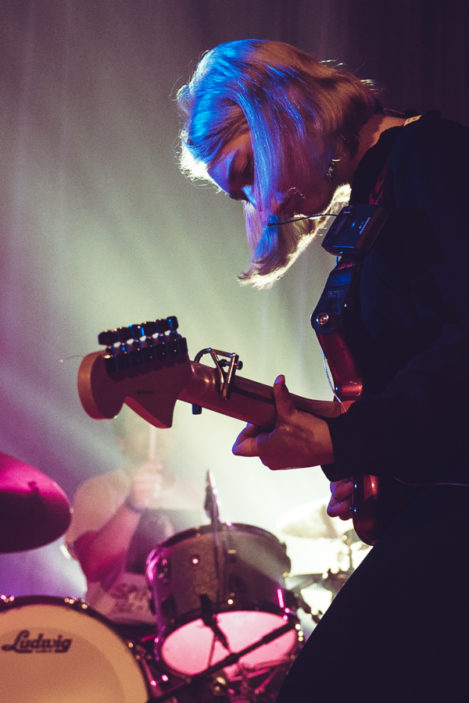 Flitting between the profound emotions of her tracks late in the set, Jordan quipped on the band’s habit of making people sad in the later evening of shows and festivals with their “sadder” brand of indie. Yet, it did little to dampen the room, as many of the people were glad just to see the artist on her Australian tour. “Deep Sea” completely melded with this mood, as the crowd stood in a somewhat silent awe as the backing band left the stage and Jordan’s depth emotionality was brought to life through the later solo verses of “Deep Sea”.

Going to a live performance of Snail Mail makes it easy to pinpoint why she’s such a loved artist; the raw tonal emotionality and maturity behind her music is wonderfully combined with the youthful exuberance she displays on stage. Displayed through the harder hitting tracks, “Heatwave” and “Full Control” as well as the popular number “Pristine”, Jordan was able to purpose the room around what was happening within the tracks, as she herself would leap and dance moment to moment, or stand and simply let the emotive waves wash through the mic and over the crowd. 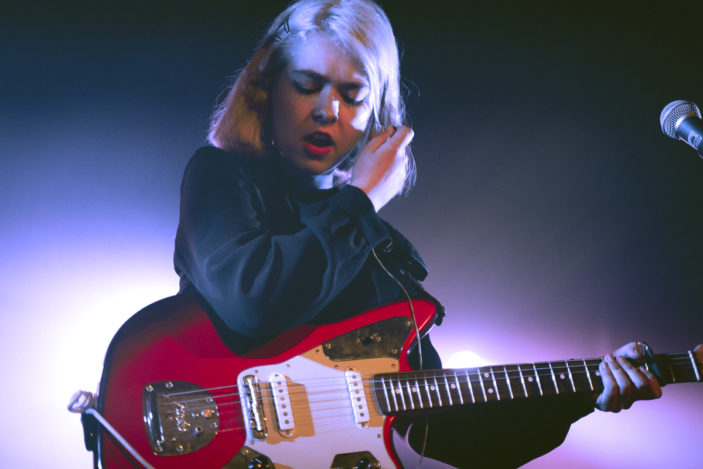 For the close of the set, “Stick” was a seemingly obvious choice, yet the popular track was bereft of the drum solo that contributed to its definition as a recorded track. It was up to Jordan to deliver “Stick” without the backing band, to her credit as a artist, Jordan pulled it off magnificently, the amped up recording swapped for a muted rendition, compiled by Jordan’s powerful live vocals and stage presence. It helped to deliver an understated and yet bold portrayal to cap off the night with the focus on Jordan’s vocals and lyrics bringing a closer emphasis on the tracks meaning.

Snail Mail’s tour finishes over in New Zealand this week stopping off in Auckland on the 13th before closing in Wellington on the 14th.