Live Review: Seth Sentry’s Brisbane return with Skrub was well worth the wait 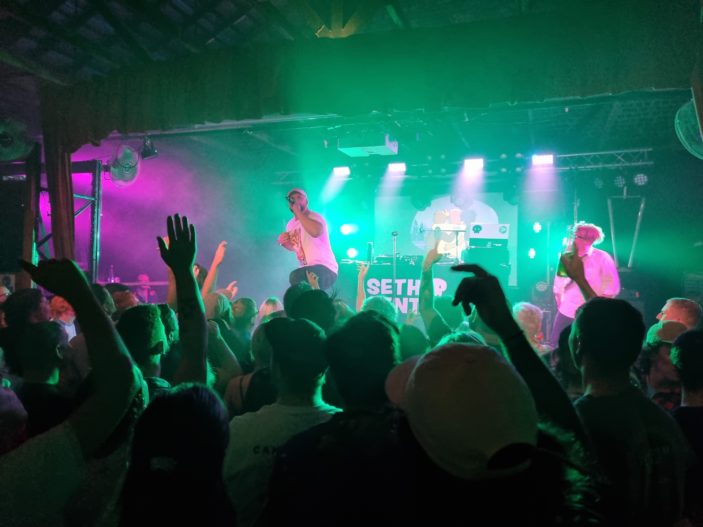 Melbourne rap legend Seth Sentry’s anticipated Brisbane leg of the Super Cool Tree House tour at The Zoo on Friday 11 February was more like a party than a gig. A night full of comic skits, fan participation, drinking contests and stagedives, the man definitely put on a show. Accompanied by the infamous DJ Sizzle and supported by renowned locals Skrub and Smak, the twice-rescheduled tour was well worth the wait.

When Skrub took to the stage with a raised drink in hand alongside hypeman Smak, you knew they meant business. The established young MC brought his modern boom bap style with technical rhymes and double-time flows that rivals the best of them. He quickly won the crowd over with his blunt sense of humour and had them chanting ‘Fuck you, Skrub’ in an oddly endearing show of support.

The two kept the audience engaged by throwing free bumbags to whichever half cheered louder and Skrub occasionally letting Smak take centrestage to perform his own songs. The Tarantino-inspired hit ‘Twenty One’ went down smoothly before an energetic climax and leaping into the eager arms of the front row. Admittedly wasted and reeling from the house vibe, the local mainstay executed every tricky punchline and didn’t miss a beat. 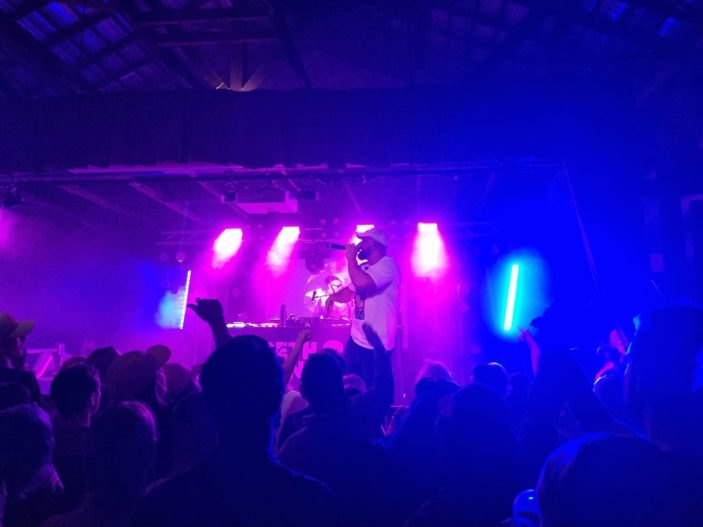 Affectionately known within the scene as ‘your favourite rapper’s favourite rapper’, Seth Sentry emerged to cinematic music wearing the iconic glowing Nintendo Power Glove. Boastful opener ‘Cheap Shots’ set the light-heartedly ominous mood for the night and included a rehearsed scene of throwing a (broken) computer onto the ground for a collective gasp. The rapper impressed with his signature style of genius wordplay and restrained flows over a timeless blend of guitar-driven boom bap and bright trap beats.

The vibrant lighting was thematically curated to the songs and added to the immersive experience already felt by the animated pop culture backdrops. Old classic ‘Dear Science’ saw the crowd shouting back the story of Seth’s longing for a hoverboard and wholesome hit ‘My Scene’ had everyone swaying to the fictional anecdote of fitting in. DJ Sizzle laced the outros with tasty scratches and a liberal use of the air horn sound effect, while frequently grabbing a mic and acting as hypeman at the front of the stage. 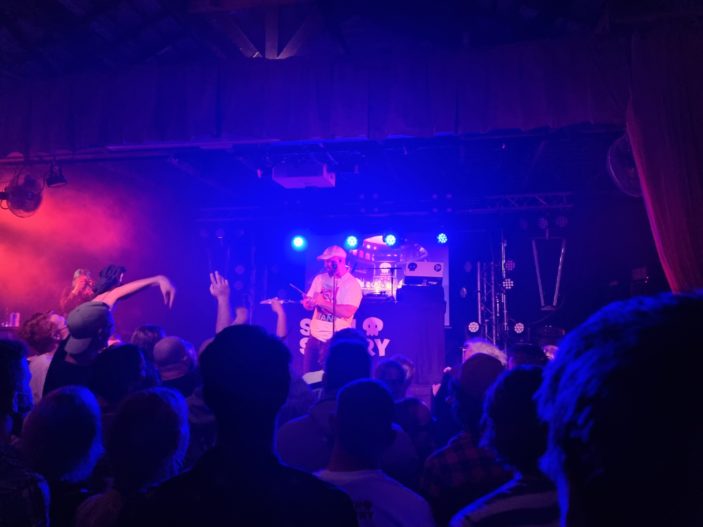 Technical difficulties caused the PA to stop working partway through a song, so Seth signed vinyl and hats that made their way to him while the crew patched cables before playing it again. He shouted out users from his Twitch channel, which the album was written for, and roasted an annoying punter with witty comebacks. One user by the name of Ferocious Wristy was brought onto the stage to play a service bell for the adored ‘The Waitress Song’, which Seth painfully made him hit until he got it right.

After a brief intermission, the two returned without a five-song encore by playing parts of each one effortlessly blended together. Skrub joined DJ Sizzle for an onstage drinking contest by shotgunning beer cans with a keychain penknife, which Skrub lost both rounds. An exciting mashup of ‘Dumb’ and ‘Hell Boy’ led to DJ Sizzle assuming his role as a renowned crowd surfer before closing the night with ironic single ‘Play It Safe’. They asked the fans to stick around while DJ Sizzle played an array of tunes to keep the energy going, to which many were happy to abide. 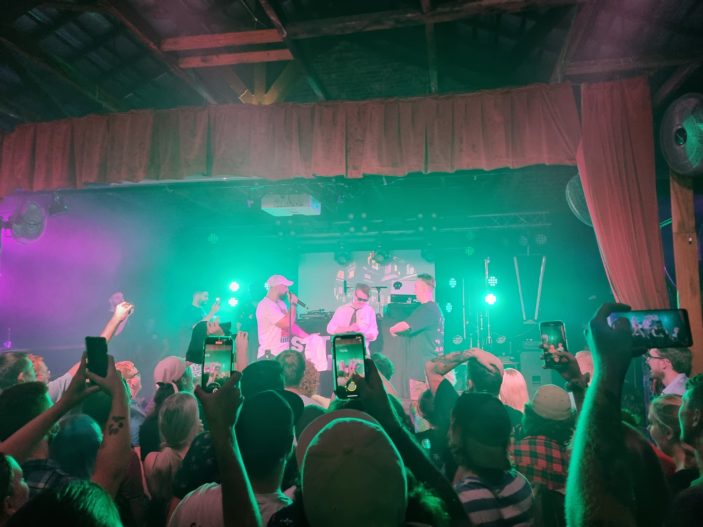 It was clear that Seth and co. were genuinely grateful to be back in Rivercity and he confirmed this by frequently shaking the hands of everyone in the front row and recognising familiar faces. The set comprised of staples spanning his whole discography, including the singalong ‘Float Away’, fan-favourite ‘Rooftop Hooligans’ and gloomy single ‘Wrong One’ among others. With half of the Super Cool Tree House tour now ticked off, it looks like it won’t be near as long as the last time until we see the local hip hop icon return.

This gig took place on 11th February 2022 at The Zoo in Brisbane. For more upcoming Seth Sentry shows head to sethsentry.com.