The second and final day of the Yours & Owls Festival in Wollongong promised another day of beautiful weather and even better music; with (in my opinion), an even stronger lineup than the preceding day.

‪E^ST‬ opened things up on the main stage, and then rising star Didirri – who has had an amazing 2018 to say the least and rushed from Auckland to make the show – took to the microphone, performing solo, asking the crowd in his opening song if they felt alright, “because I feel alright!”. Which was impressive given the early wake up call. A three piece band then emerged for the rest of his set, for “a song about feeling good about working out your shit”, which sounded beautifully fleshed out in full band mode; having seen him almost entirely solo until this point. 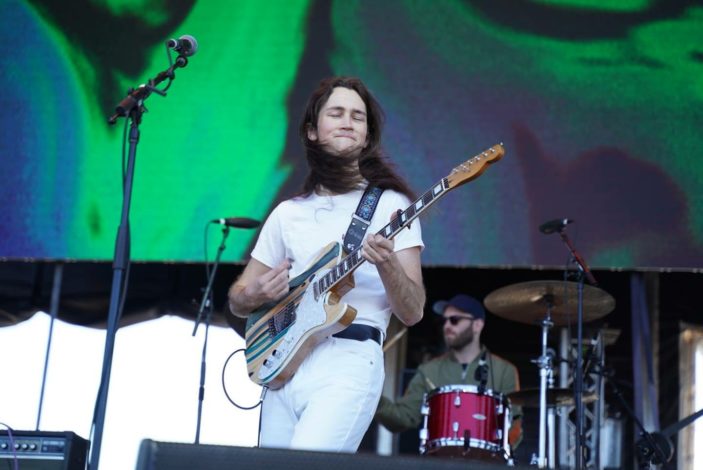 He sung tracks off his debut EP, songs about his girlfriend (the brilliant track “Bird Sounds” which feels like it could be straight out of The Whitlams catalogue), wishing your ex well (“Blind You”), and more beautiful tracks like “Formaldehyde” (which added in a great jam). And in the classical folk storyteller tradition, they were all accompanied by stories about it. Off to the UK the next day, the show was the last time he’d be playing with his band for a month or so, so Didirri treated it as a bit of a send off for them, getting the crowd to sing along to closer “I Can’t Get Last Night Out Of My Head”.

The humble US group Listener were one of the festival’s gems, touring their 8th album and coming to Australia for the the first time, with the group thanking the small but dedicated crowd “for being nice to us”, and encouraged the crowd to come up and say hi promising “souvenirs”. The group are in the tradition of American spoken word “Post-Hardcore” acts like Hotel Books or La Dispute; doing it very well I might add and preceding them both in formation , and they ended proceedings with the lead adding trumpet to the mix with “Falling In Love With Glaciers”.

Basil’s Kite were a heavy, rocking quartet in the Rad tent, mixing in “The Shit is Bananas” into a heavy metal jam “I Shit My Pajamas” and then it got Jazzy, making everyone in the room 73% cooler for having experienced it. Canadian artist Destroyer played solo and opened with a new track which may or may not be called “Crimson Tide”, and delivered a beautiful mid afternoon set that also included tracks like “Tinseltown Swimming in Blood”, “Foam Hands”, and “Helena”.

Jack River and her band – which includes the likes of Gus Gardiner and Annie Hamilton – continued their never ending tour of 2018 off the back of her debut album Sugar Mountain (the tour of which ended yesterday in Brisbane), with her and the band dressed in all silver and sounding at the top of their game. The set included tracks like “Talk Like That”, “Constellation Ball”, “Confess”, a cover of Tal Bachman’s “She’s So High” (which saw a massive singalong), and ended with the hit single “Fool’s Gold”. Alex The Astronaut amassed a massive crowd with her catchy, oft-quirky songs and delicious banter – playing solo with tracks like: “Rockstar City”; a cover of “The Middle” by Jimmy Eat World which she quoted as being from Guitar Hero, which she admitted she wasn’t very good at; “Not cool”, which is “about not being cool”; “Waste of Time”; and “Already Home”, which ended the impressive set.

Sarah Blasko came on as a last minute replacement for DD Dumbo, sounding stunning with her four piece (which featured most of Jack Ladder’s band including Neil Sutherland, Donny Benet and Laurence Pike) and tracks like “Never Let Me Go”, “A Shot”, the epic “I Wanna Be Your Man” and the already classic “We Won’t Run”. Sarah sounded at the top of her game in the set which in my mind cemented her status as Australia’s finest performer.

Rolling Blackouts rocked it with songs like “Wide Eyes”, and local trio (legends in their own right at this point) Babymachine rocked it with a set that summoned the likes of Motörhead, as they sung  songs about the Prime Minister (as they screamed “Abort! Abort! Abort!”). It was a damn fine time. Hockey Dad amassed a great crowd playing tracks new and old, including “I Wanna Be Everybody” and “So Tired”. This is a band who have become one of the tightest duos on the planet, and they’re showing no signs of slowing down anytime soon. 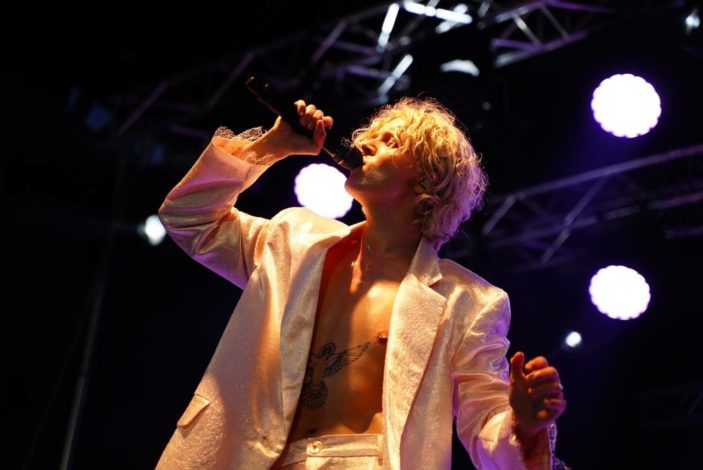 Cub Sport were pure, beautiful and wonderful as they played favourites off Bats, which at this stage it feels like the whole crowd knows. They added in their perfect cover of “Ultralight Beam”, and ended with “Come On Mess Me Up”, while Jess Locke impressed on the Rad Stage in three piece format and on the main stage, Methel Ethyl continued cementing their own status as one of Australia’s best bands.

US-based outfit Liars, fronted by Aussie Angus Andrew (in a dress, of course), hit the stage to a surprisingly small crowd, performing as a trio, with tracks like “Mess on a Mission” proving particularly memorable. It’s always an enjoyable project to watch and though the audience wasn’t packed, there was little exception here. Meanwhile, Angus and Julia Stone’s arrival was preceded by an extended instrumental jam from their band, before arriving to an adoring crowd and playing through tracks like “Private Lawns” (with a healthy dose of banjo and Julia on trumpet), “Uptown Folks” from Angus’s Dope Lemon project and of course crowd favourites like “Big Jet Plane”.

While Angus and Julia played their beautiful, dreamy tunes, Gareth Liddiard’s latest project Tropical Fuck Storm was a huge draw, with the quartet unleashing their latest music on the crowd, proving themselves an unbeatable force of nature – with stellar music to match, like “Soft Power”. The night went on to close with Wollongong grunge legends Tumbleweed closing the second stage, and electronic superstar Alison Wonderland closing the main stage with a spectacular set that kicked off with “Happy Place” and ran through an incredible array of material, all with a killer light show to match.

That might have been all for the music, but throughout the weekend, you missed out if you didn’t get a chance to spent some time in The Local, a tent with performances, places to read, type and look at art. You could even give confessions and even get free toast with marmalade from Hidden Harvest at set times during the day. And there were regular drag shows. It was a good time to say the least.

All in all, Yours & Owls delivered an incredible weekend of local Australian music (and a few international guests), not to mention great food and beautiful (if cold) weather, all bundled together in a terrifically well run and organised event. There’s a reason the event is one of the most anticipated on the calendar for so many in NSW – this is without question one of the best festivals in the country.

For more details about the festival, head to yoursandowlsfestival.com.au. Photos by Danny Hanssen. This review covered the event at Stuart Park in Wollongong on 30th September 2018.