As part of their latest North American tour, Australia’s Rüfüs Du Sol (formerly just Rüfüs) made their debut at Washington DC’s 6k capacity venue The Anthem last week, selling it out and bringing along an updated version of the incredible light show and production you might have witnessed via that Coachella live stream earlier this year, or at VIVID in Sydney.

The tour – which includes no less than two sold out dates at one of the world’s most iconic venues, Red Rocks Ampitheatre in Denver – sees the trio continue to tour their critically acclaimed record Solace, almost a year after its release, and with a remix double album due next month. They played Anthem’s sister venue The 9:30 Club a few years back, so it’s not their first time to the city – but certainly their first time playing a show this big. 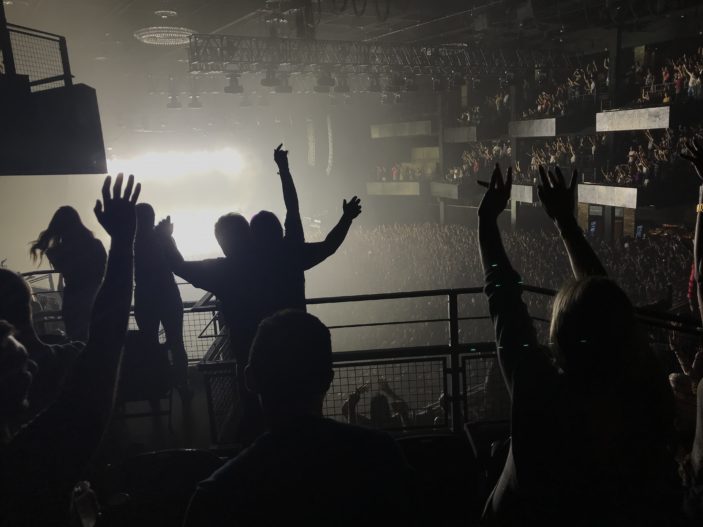 “Eyes” opened the night up, after a long instrumental jam, which introduced the bones of their impressive light show. “Brighter” and “You Were Right” came early, with great visuals behind and a killer jam fleshing the latter track out.

A favourite of the crowd, “Treat You Better” followed, and “Desert Night” featured killer drum moments from James – and they said they don’t get to play the song that often. That went straight into “Say a Prayer for Me”, with Tyrone jumping between risers, and amping up the crowd – two girls notably waving a massive Aussie flag on someone’s shoulders as he did (and as they do).

Before he slowed it down with the title track of their latest record, “Solace”, Ty took a minute to reflect on their successes in the US, telling the crowd, “We moved over (to America) and made this album, and you’ve welcomed us with open arms. It truly is a blessing, we don’t take it for granted, we’re just three friends on the road we get to live and love what we do.”

You can argue that it’s the light show that really makes the show something special – and you wouldn’t be wrong. But it’s the musicianship that’s at the heart of the show, and nothing would work without it. Ty’s tremendous vocals, and great stage presence – ever the humble musician – leads the way, while James’ drums keeps the rhythm going (with skills that have never seemed stronger). Jon’s keys and instrumentation, meanwhile, helps ensure the songs fly perfectly in any room they play. But few rooms are as good as this – and the sound and its mix were pitch perfect no matter where in the room you’re standing. The Anthem is truly one of the world’s best venues. 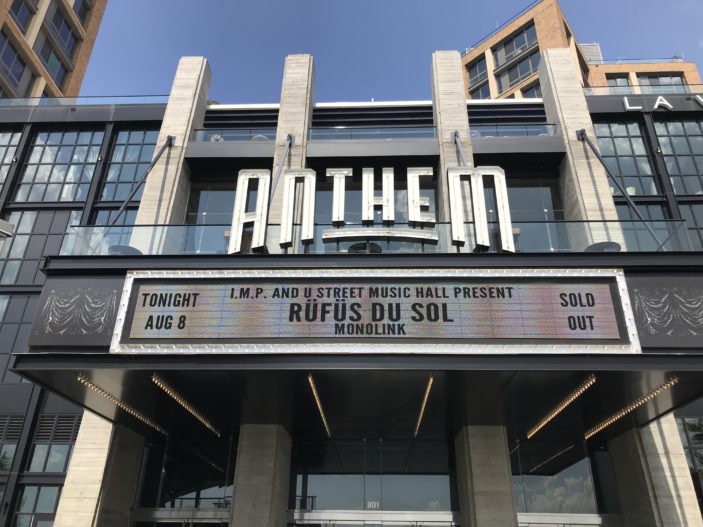 The main set ended with the triple threat of “Underwater”, then the massive feels of “Innerbloom”, which led Ty to reflect on all the amazing shows this song has helped them play, asking the crowd to “take a walk on these memories with us”. They ended the main set with “Another Life” as Ty said, “It’s such a treat to play for you in this beautiful venue for you beautiful people”.

And that treat was far from over, as three songs made up the encore, “Lost in My Mind” kicking things off and “No Place” appropriately closing out the night. A deadmau5 cover “Not Exactly” was also snuck in. All in all, this was a tremendous night of music, that had six thousand kids dancing and singing along for almost two hours, taking in every moment and every lyric as though they’d known it their whole life. It was an unforgettable atmosphere delivered by a band who just keep getting better.

Setlist:
Intro A
Eyes
Like An Animal
Brighter
Sundream
You Were Right
Treat You Better
Desert Night
Say A Prayer For Me
New Sky
Solace
Underwater
Innerbloom
Another Life

Encore:
Lost In My Mind
Not Exactly (deadmau5 cover)
No Place

Rüfüs Du Sol have finished up their East Coast tour and will hit the West Coast of the US next month, before dates in Europe and back home in Australia for New Years. Check out the dates below or visit their official website for more details.

Headline photo by Derek Rickert. Photos without credit are by the author, who attended their performance at The Anthem in Washington DC on 8th August 2019. The author was in DC with the support of Visit Washington DC and Brand USA. While in DC, we stayed at the Kimpton Carlyle Hotel Dupont Circle.