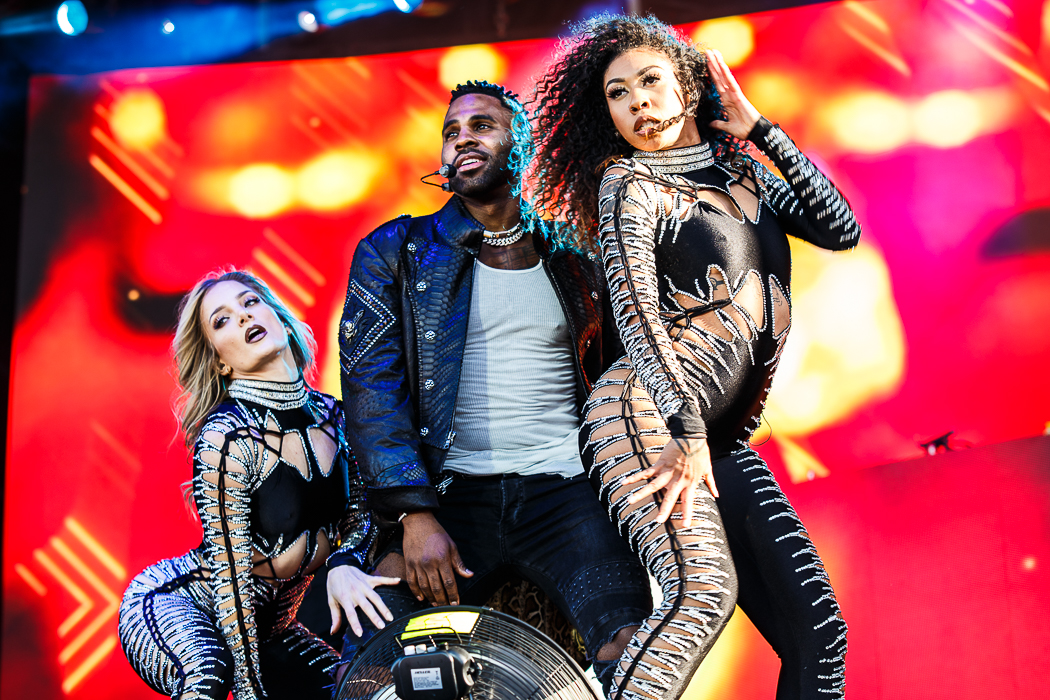 A huge crowd packed the Adelaide Showground for RNB Fridays Live, an event that has become an annual mini-festival, touring some of the biggest acts from the world of rap, RnB, pop, and hip-hop. The event was hosted by US rapper, Fatman Scoop and Aussie Ash London with the help of DJ Horizon and Yo! Mafia, breaking up the star-studded lineup with some fine tunes and commentary to keep the crowd entertained throughout the day. 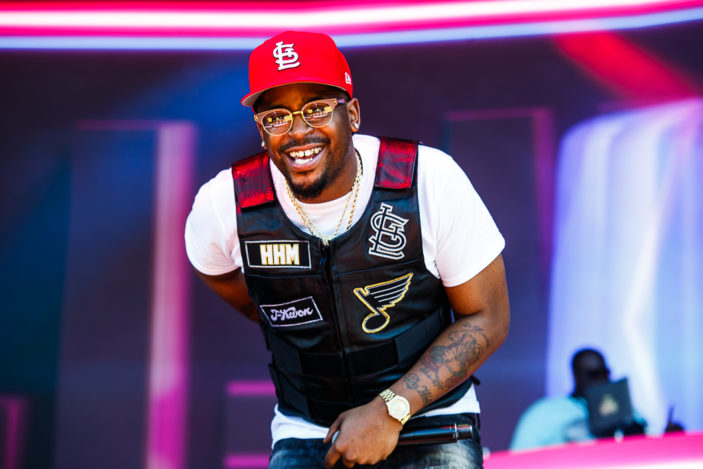 The warm Sunday afternoon was perfect for loosening up and taking in the first set from St. Louis rapper J-Kwon, who kicked off at 4pm. Fans enjoyed his high-energy set, capped off by a performance of his biggest hit, “Tipsy”. Next on the lineup was singer, Keri Hilson, whose career has been going strong since the early 2000s. Hilson looked excited to be standing in front of her enthusiastic Adelaide fans, as she stepped onto the huge stage. She played an upbeat set, with her hit “Pretty Girl Rock” bringing the loudest reaction from the crowd. 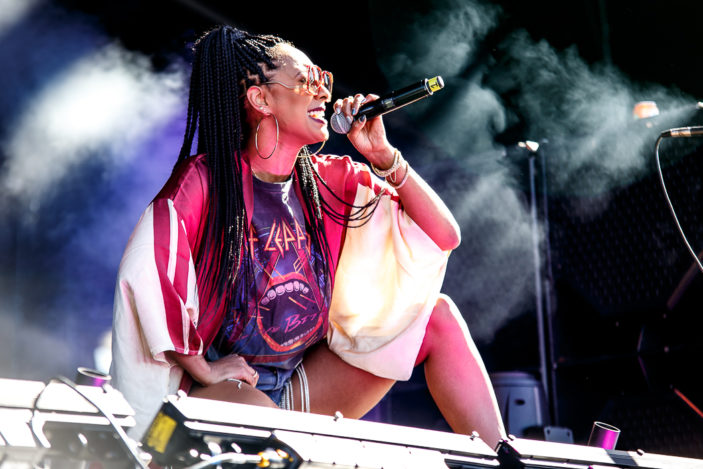 The event runs on a tight schedule, with the earlier acts in the day playing very short sets and before long, Hilson had vacated the stage to make room for bleach-blonde Sisqo. Backed by three energetic dancers, the singer danced and played hits from throughout his career, including his most well-known single, the steamy “Thong Song”, however, Sisqo made a point of letting us know that his most popular single was, in fact, the more laid-back number “Incomplete”. 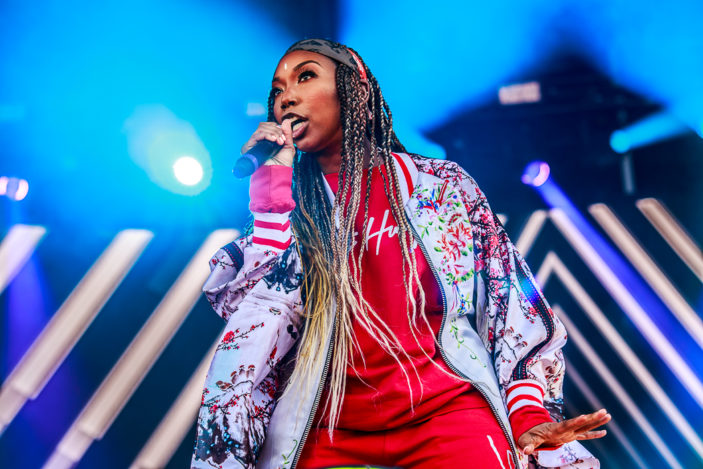 Vibrant actor and singer Brandy was up next, as the afternoon sun loomed hot overhead. Sporting an amazing kimono-tracksuit, Brandy seemed completely at ease on the stage in front of the Adelaide crowd, with her rendition of the late-nineties classic “The Boy is Mine” getting the crowd grooving. Brandy was the last of the shorter time slots, with the remaining acts all getting a little more time on stage, and it was obvious that a fair chunk of punters had been geared up to see Jason Derulo. Stepping out to massive applause, he wooed the crowd with his hits “Swalla”, “Talk Dirty” and “It Girl” among others, as well as with his shirtless dancing. 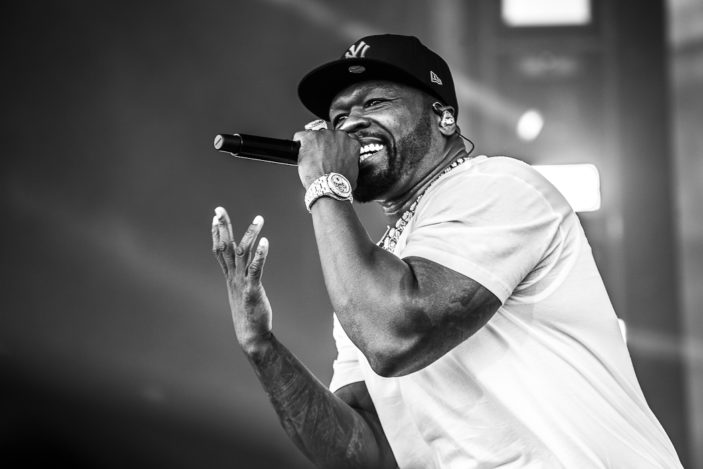 As the sun went down behind the Showground grandstands, 50 Cent was welcomed by thousands of eager fans clamouring onto each other’s shoulders to get a better view of the iconic rapper. He stalked the stage, dressed in a simple white t-shirt and jeans, with a backdrop of two huge inflatable champagne bottles, and played a set that spanned his extensive musical career, including “What Up Gangsta” and “I Get Money” along with absolute crowd-pleasers “In Da Club” and “PIMP”. 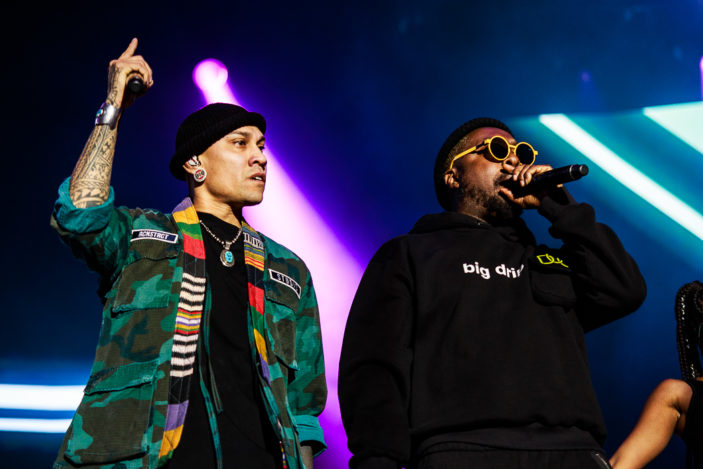 It seemed that for many younger fans in attendance, Black Eyed Peas were who they had been waiting for. Sharing their epic catalogue of fun, pop hits, they performed a party set that had the whole crowd singing and dancing along. The group really took the energy of the whole event up a notch with hits such as “Let’s Get it Started”, “I Got a Feeling” and their latest, “RITMO”. Rappers Will.i.am, Apl.de.ap and Taboo were accompanied by the Black Eyed Peas newest member, Jessica Reynoso, who did a great job with vocals on a few tracks, most notably “Where is the Love”. 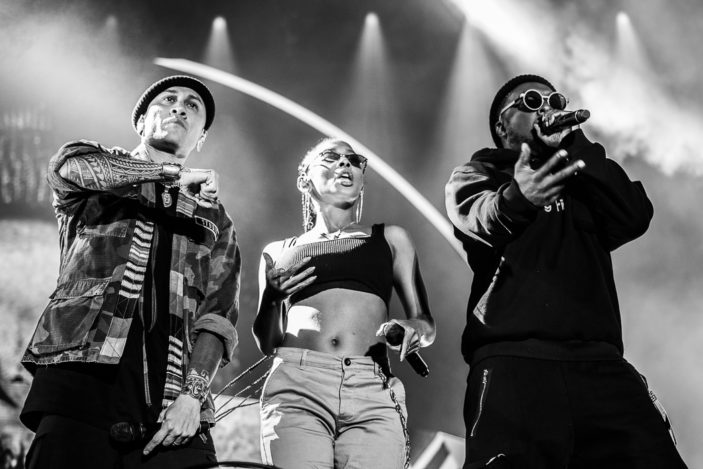 The headlining act of the night was the incomparable Janet Jackson, whose career and repertoire of memorable hits are of a whole different calibre to the rest of the lineup. Enthusiastic fans had stood in the hot sun all day to see the star perform, and they were rewarded with an energetic performance from Jackson, accompanied by a handful of dancers, adorning post-apocalyptic chic. The star herself was striking, dressed all in black with black boots, suitably attired for someone who moves across the stage with such military precision. Jackson is an amazing dancer and she made the most of the large stage, giving it her all.

Despite negative reviews elsewhere, the Adelaide crowd appeared to be enjoying the icon’s high-energy set, which included so many of her iconic hit songs that she used a run-together medley to ensure she covered them all. “Nasty”, “Escapade”, “If”, “Together Again” and a stunning rendition of her number-one hit “Scream”, which she recorded with her late brother Michael Jackson, where only some of the highlights. She ended her set with the song ‘Rhythm Nation’ and a huge explosion of confetti into the crowd… and just like that, RNB Fridays went out with a bang!