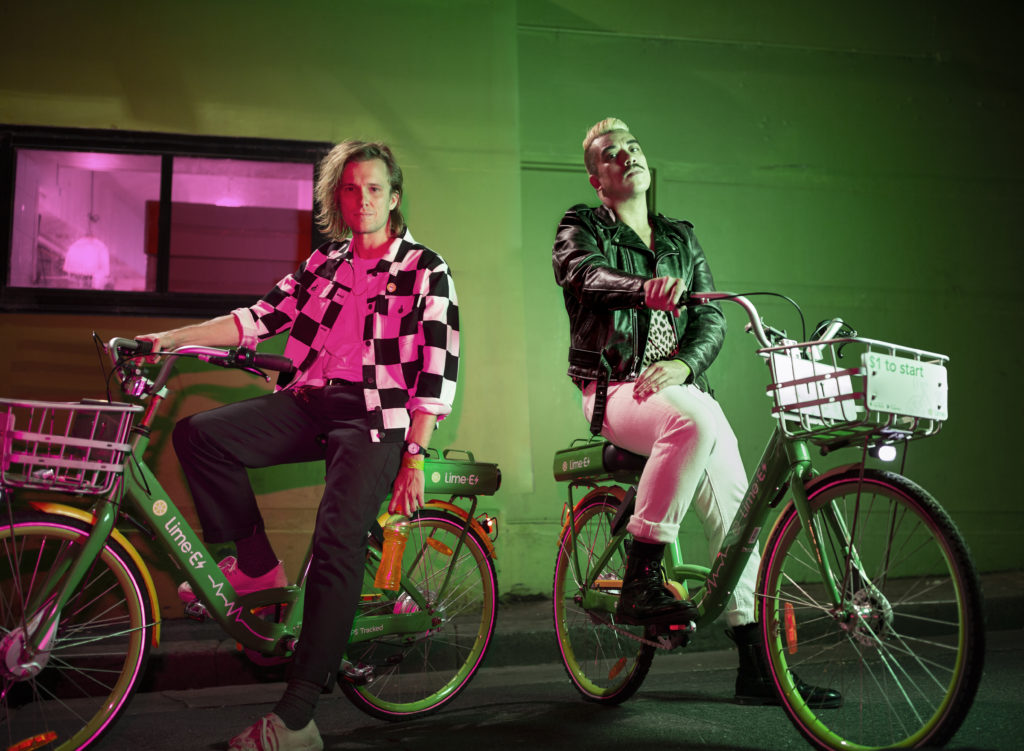 There’d almost be nothing as satisfying for a band than releasing one of the year’s best releases to only follow it up with a sold out home town show just weeks later. For Sydney two piece Polish Club, this is exactly what they’ve managed to do in the past month. Playing to a loyal and vocal home crowd at Sydney’s Manning Bar, Polish Club played one of the most fun and honest shows I’ve attended in a long time.

Opening the night were conglomerate Approachable Members of Your Local Community. Only knowing the band via their hard-to-miss name, they played a tight 30 minute set, which was topped by new single, the synth dream “One I Need”.

Acting as main support for the entirety of the tour is Perth four-piece Dulcie. With tight three-way harmonies and fantastic hooks, Dulcie got the vibe of the room moving to their sweet indie-pop sounds. Playing a sweet cover of Methyl Ethel‘s “Ubu” as well as their own new single “Own Ground”, the girls of Dulcie can hold their heads high knowing they crushed their set; they’ve surely picked up a few more fans on the back of this tour.

Polish Club have slowly but surely been building a name for themselves over the past few years. They unintentionally became known for their aggressive two-minute tracks. At the root of it, that’s exactly what they were: a band that loved playing loud music that was over before it really started.

There wasn’t anything wrong with that. But in reality, Polish Club always seemed destined to make music with a greater depth, more thoughtful lyrics and match it with a killer live show. Here on their ‘Meet Me At The Iguana’ tour, this has come to fruition, and they’ve managed to deliver one of, if not the most, fun live sets I’ve been to in a long time.

Opening up with “We Don’t Care”, the instantaneity of the chorus and crowd yelling it back to the band set the set on course for the lofty heights it reached very early and managed to maintain for its 75 minute run.

With the tour named after and inspired by the title of their brilliant second album Iguana, it was fair to assume that a large chunk of the set was going to be new material. It’s quite a ballsy move to make, especially with it only having been released weeks before. But with big balls, come big rewards.

They’re a band that seemingly don’t take themselves too seriously. It’s actually refreshing to see. Too often, the banter between band members on stage either feels forced or a little bit like an inside joke that the audience isn’t in on. Not here. The jokes were genuine; JP and Novak felt like your best mates, and the audience were proud parents watching them absolutely smash it.

The strength in Novak’s vocals, matched with the relentlessness of JP’s drumming were, and definitely are, the strength of Polish Club. The filthy guitar at the end of “Iguana” was an early highlight, while “Goddamn!” and its ridiculous keyboard progression continued the trend of starting the set off with bangers.

Throwing it back to older tracks “Beeping” and the almost (read: not really at all) doo wop sounds of “Don’t Fuck Me Over”, Polish Club treated the oldest of fans and thanked them for their loyalty. Coming quickly back into their Iguana era, classic-in-waiting “Breakapart” was a personal favourite, while the three part harmony that opened “Sun”, while surely being a piss take, was done pretty well.

The second half of the set was a little more varied in material, as “Beat Up”, “Gimme Money”, “Come Party” (with a little “Seven Nation Army” thrown in for good measure), and “Divided” all got a run. Listening to their older material, you realised how far Polish Club have come in a relatively short time. Their songwriting has gone to a new level on Iguana, while their musicianship and performance has improved beyond belief.

Running “2 Scared” into a sort of off-the-cuff cover of MGMT’s “Electric Feel”, their self deprecating humour made you like them just that bit more as they joked about being the new NSYNC, before thanking and paying their respects to a definitely not dead Darren Hayes as they belted out the Savage Garden classic “Truly, Madly, Deeply”.

The most sentimental moment of the night came in the form “Clarity”, as JP explained that this was his Dad’s favourite song and they’d be playing it for him that night. Closing on “Able”, Polish Club thanked the crowd for turning up on what was a super busy night for gigs in Sydney and disappeared into the abyss that was probably the Manning Bar green room.

Reflecting upon it now, it’s safe to say Polish Club delivered the best set I’ve seen this year. Things are only starting to gear up for the band, and I’ll more than happily jump on the bandwagon.

Polish Club and their ‘Meet Me At The Iguana’ tour continues on the following dates. Tickets can be bought here