Live Review: “Not a single scooter anywhere the eye can see” at the Revival Experience outside of SXSW

Earlier this month, I was invited along to an impressively pitched day party / festival / experience called the “Revival Experience“, about an hour out of Austin during SXSW. Curated by Matthew Logan Vasquez of Delta Spirit, the event took place in Dripping Springs, Texas, at a place called “Camp Lucy”, and promised a VIP experience for 500 guests, with no barricades, inclusive food and drinks, and artists mixing with the punters. You could even spend the night.

So did this ambitious exercise live up to expectations?

Well, for the most part, it definitely did. Although there were some hiccups with the transport to and from the event (they should consider letting punters book specific transport times next time around, to avoid people waiting for lengthy periods in a parking lot for a bus and confusion on the return), and we weren’t able to experience all the features promoted (likely our fault), the day couldn’t have been more laid back nor enjoyable. It was an incredible day out from the SXSW madness with a beautifully curated lineup in a stunning setting.

Everyone given lanyards on arrival and made to feel like a VIP, driven right up to the festival entry. There was an immediate vibe like you were in someone’s backyard. A grandiose one, mind you, with a myriad of free drink options.

Acts played for an hour set against the beautiful, green rolling Texan farmlands, and in the half hour breaks acts performed in the beautiful church (which fun fact, was a French Polynesian style, imported from Vietnam of all places, with no nuts or bolts holding it together). Outside, country music played between sets, drinks and food was flowing and event staff was walking around to check in to make sure everyone is happy; clearly trying to learn from any mistakes and ensure that this is an event which becomes a staple of the SXSW calendar. 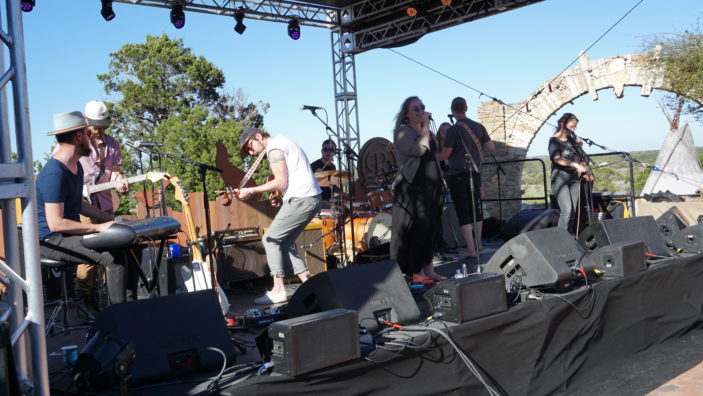 We arrived just in time to see Wild Child – the famed Texan duo I first met at CMJ in 2012, performing as an eight piece. They were sneaking in some new songs amongst their set, feeling like “this is the place to do that”. Beautiful tracks like “Better Days” also were included, and curator Matthew Vasquez joined them for the title track he produced off their latest album, “Expectations”. The group humorously introduced him to the stage as “the Ja Rule of the Not Fyre Fest”.

Though a small intimate event, what was promised certainly seemed ambitious on paper, and as Matthew himself seemed to digress on stage, it was an easy comparison. But with the transport issue being the only exception, this was an event which delivered in droves – unlike the named comparison, of course. 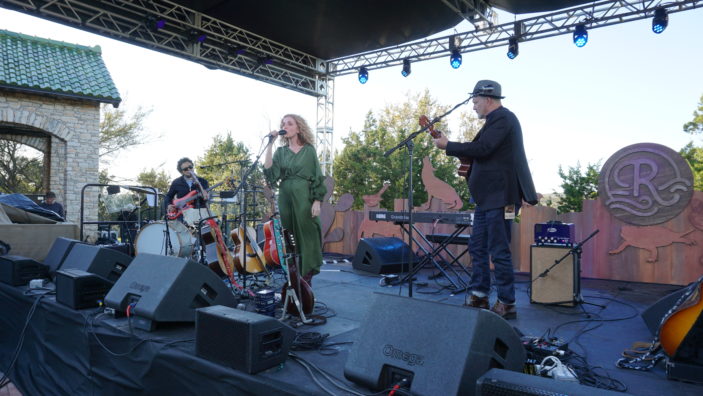 The legendary Patty Griffin was next, performing tracks like “The Wheel” and “Hourglass” off her latest self-titled album, performing beautifully with a three piece behind her. Her voice sounded immaculate and she was the perfect artist to watch as the sun started to set. She ended the set with a powerful track on the ukulele. 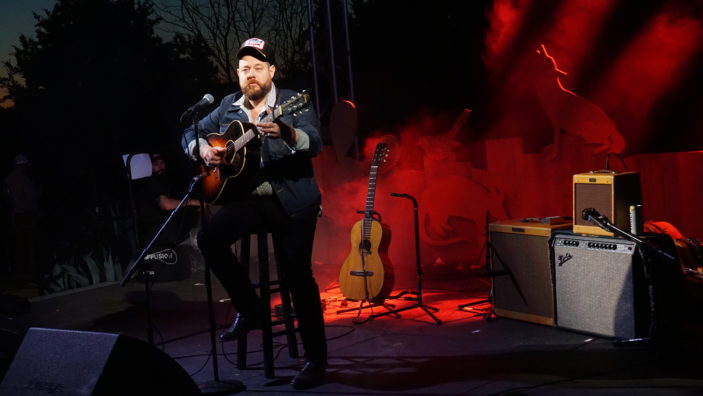 Nathaniel Rateliff performed solo after sunset, admitting to the crowd, “I don’t know do this very much anymore, I’ve usually got my my favourite international dickweeds behind me”. But his enjoyable banter and incredible songwriting made it as engaging as it would have been if said dickweeds were in tow. “Don’t Get Too Close” was an early set highlight, and others included “Whimper and Wail” and “Still Trying”. It was a stunningly beautiful set. 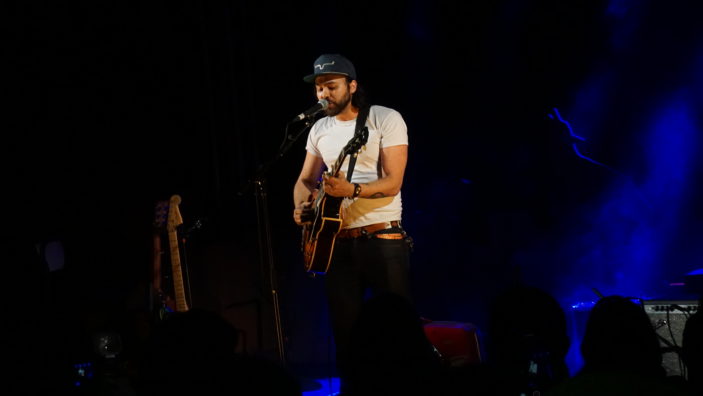 And finally, Shakey Graves closed the night, also playing solo for the first time in a while with his suitcase drum he promised would regularly break. “Built To Roam”, one of my favourites, came early, as the suitcase indeed broke and he pulled a wedgie out… also as promised. “Kids These Days” was another highlight, and he dedicated his track “Cops and Robbers” to the tour driver he had when he was in Australia, who inspired the song. A wonderful way to close out the night.

Beyond the music, the banquet of Texan cuisine looked amazing, though wasn’t included in our ticket type – the $50 fee was a bit too steep for what it was. We got ourselves some commemorative photos in a special booth, and explored the craft stores on offer. But all that being said, there wasn’t much time to explore between the incredible music and wanting to try the amazing complimentary drinks on offer. There were apparently other activities on site which sounded amazing – mainly aimed at the people staying on site – but again, we were too busy to explore. And that’s not a bad problem to have.

All in all, there was little not to love about this inaugural event. Great music, an incredible atmosphere with stunning weather and the sort of experience that music fans dream of. It was all there – and here’s hoping this becomes a permanent fixture of the SXSW calendar.

Revival Experience took place at Camp Lucy in Dripping Springs, Texas on 13th March 2019. For more details about the event, head to their official website.