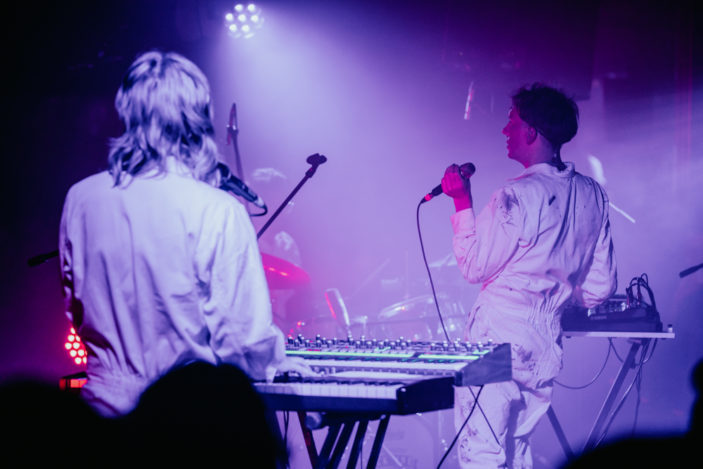 It’s been an alluring three nights for any fans of dreamesque Indie rock in Melbourne, as Methyl Ethel and their haunting opening act, Ash Baroque & Les Fleurs d’Ombre spent their evenings at the Night Cat.

The opening act of Ash Baroque and Les Fleurs d’Ombre had a flair for the dramatic. Including drag, operatic vocalisation, and very powerful costuming consuming the attention of the early crowd. Interesting was the word that came to mind and while it drew a fair few people in with their powerful costumes, their attention felt limited throughout the shifting performances. 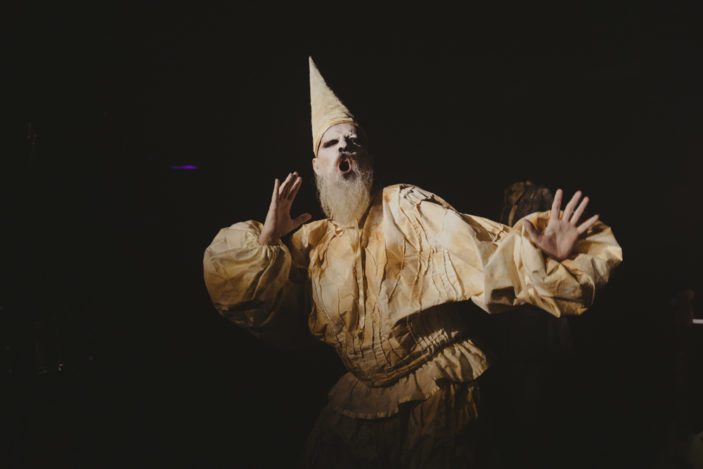 As usual, the beauty of seeing a performance at The Night Cat is its central stage. That meant no matter where in the establishment you were, Jake Webb and the broader crew that makes up Methyl Ethyl could be seen; a nice treat indeed. They used the space well, setting up multiple drums, keyboards and synths so that they were able to make full use of the 360-degree stage. 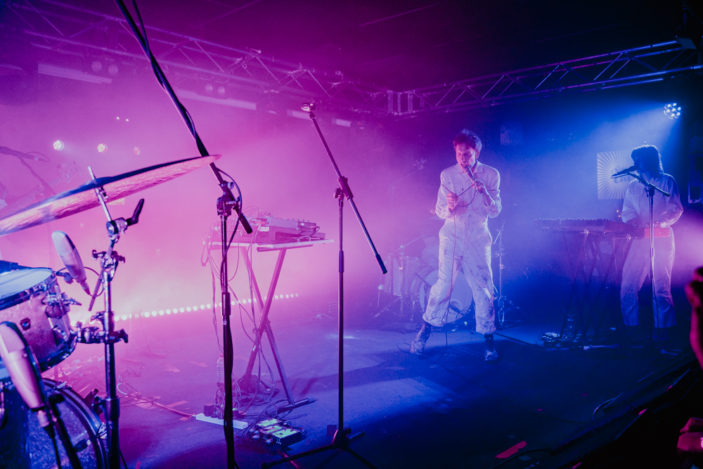 The headline act themselves were tight as ever, with two drum kits, on either end of the stage. It was a setup built especially for them and meant no one was missing out on directed sounds. Opening with ‘Ghosting’, the first track off of their recent album Are You Haunted? made for a perfect reintroduction to the album, with many people surely feeling the way they felt the first time they listened to the album.

While The Night Cat is only a small venue, it was packed to the edge as Jake Webb jumped around the stage, in his current tour outfit, a jumpsuit. The energy in the air was electric, as they moved through the bulk of their set, including everything off of ‘Are You Haunted?’ – ‘Proof’, ‘Kids On Holiday’, One and Beat’, and ‘Castigat Ritendo Mores’. 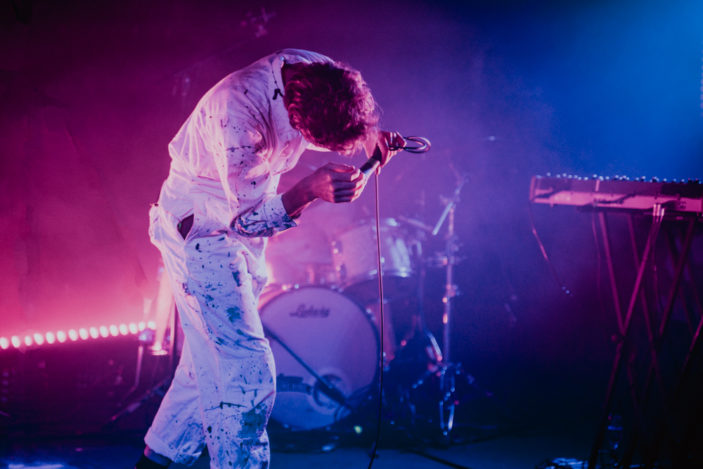 Hearing the entire album in full was a treat to the ears and meant that no one was going to miss their favourite track off of the album over the course of the band’s three-day run at The Night Cat.

Of course, as usual it was new favourites such as ‘Matters’ and ‘Neon Cheap’ coupled with old bangers that really pumped the crowd up late in the piece. Especially the closing track ‘Ubu’, from the group’s popular 2017 album, Everything Is Forgotten. Sadly, ‘Ubu’ marked the end of the night, but it was a spectacular night filled with performance art, interesting costuming as well as the new album in its entirety.

Methyl Ethel put on a powerful performance that capitalised on the popularity of their latest album.

Methyl Ethel’s Night Cat run is now over with their next performance being Splendour In the Grass later this year.