There’s something slightly bittersweet and admittedly selfish about seeing an artist you already know is going to be embraced by the rest of the world to the point where the intimate venue show would soon be a thing of the past. No doubt this what many of us in Melbourne were thinking when we saw Marlon Williams play Howler near the end of last year.

Of course, the wheels of wider success had already been turning fast for Williams by this point, with the announcement of another extensive bout of touring through North America and Europe being confirmed for early 2018, as well as his biggest Australian tour yet sliding in between. Still, making the jump from Howler to the Forum was a considerable one to make, but also the most logical.

The Forum was filling up quickly on a rainy Saturday night, which was great for The Weather Station, who were on support duties. The Canadian group had played the Northcote Social Club on Friday night, a great little preview for the show tonight. Led by Tamara Lindeman, The Weather Station are a strong live act; the show’s emotional heart definitely lay with Lindeman’s songwriting. Evocative and thoughtful, Lindeman strikes out with oratorial strength that immediately charms and engages. The comparisons with Joni Mitchell are clear, but Lindeman has a natural flair all her own. Calling The Weather Station ‘Ones to Watch’ is a bit redundant, as their profile is already well on the rise, but damn. Just buy their music, buy tickets to their shows. Just drop money on this band when you can.

By the time Marlon arrives on stage with The Yarra Benders (featuring newest member Dan Luscombe), The Forum is eerily suspended in a moment of off-silence. If you’ve seen a Marlon Williams show before, these moments of captivated awe aren’t unfamiliar – magnifying that in a venue this big though, it’s almost bizarre to remind yourself you’re one of a few thousand gathered in the same room.

His latest album Make Way For Love has received much acclaim for its honesty, the musicianship and a dark fusion of humour and heartache. On stage, this fusion is presented beautifully. Moving away from the decidedly more country roots heard on his self-titled debut album, Make Way For Love is Williams in the throes of strings, piano and some blues notes that would make Nick Cave turn his head. A break up record but a record that proves he is an artist far from being broken. 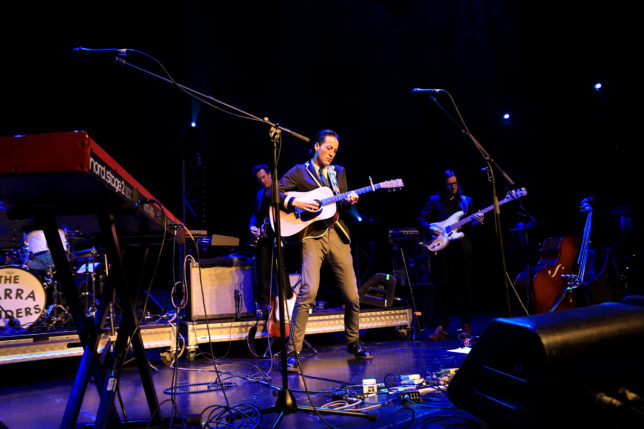 Moments of relative calm (“Beautiful Dress”, “Come To Me”) are balanced with gorgeously fleshed out band jams (“Dark Child”, “Make Way for Love”) – the addition of Luscombe to the band has added a new element of rich quality that fans on the rest of this tour are going to love. It has gives guitarist Dave Khan more room to move as well, ultimately leading to more developed live instrumentation. Always a good thing.

A former Abbotsford lad, Williams reflects on his love for Vietnamese food from the area, cuts some delightfully awkward shapes during “Vampire Again” and with the frenetic “Party Boy” and drunken late night vibes of “Can I Call You”, proves that he can definitely get a bit disheveled and rough.

The vocals are what brings the crowd in under the same spell, as ever. Dabbling more in the Roy Orbison end of the pond these days, there’s a fluidity to Williams’ vocals that easily aligns with the unique qualities that remind me of Anohni and others. 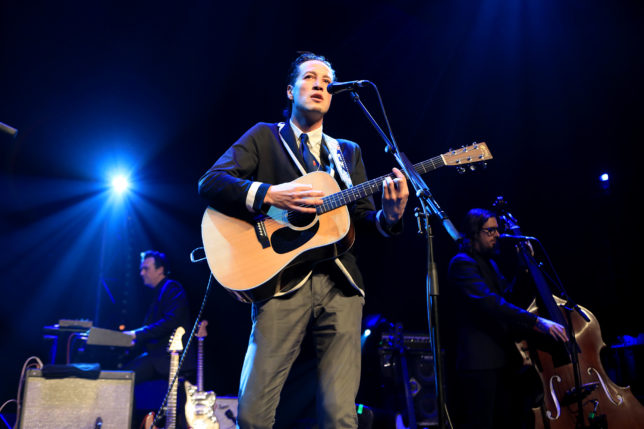 Closing with his popular cover of Screamin’ Jay Hawkins’ “Portrait of a Man”, Williams provides a mic drop moment to end the show. Which is what made me think back to that show at Howler. The essence of his performance style hasn’t changed one iota in the years he’s been building his craft, which is rare.

One for the books.