Live Review: Leon Bridges proves to the Sydney crowd once and for all he’s a Good Thing 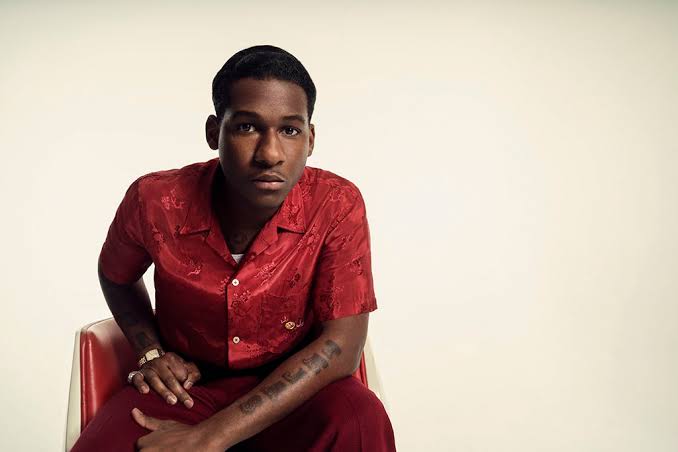 Leon Bridges is a man constantly wanting to change things up. Whether it be the generation of fans he’s aiming his music at, or the type of music he’s playing, the Fort Worth musician is all about taking things down a slightly different path and hoping you come along for the ride.

Returning to Sydney for his fourth tour in three years, Bridges brought his Good Thing album, a five piece band, two back up singers and a whole lot of bloody good tunes to Sydney’s Hordern Pavilion for what could well have been his biggest headlining show in the country to date.

Opening the night was fellow American Noah Kahan. A man of few released songs, you’d probably recognise him from his song “Hurt Somebody”; a collaboration with Julia Michaels. An inescapable ear-worm, “Hurt Body” is one of the better commercial pop songs of the past two years. Playing as part of a traditional four-piece set up, Kahan was on point throughout the entirety of his 45 minute set. The aforementioned “Hurt Somebody” fathomed the largest response from those that headed along early, as the middle aged ladies next to me swooned over his silky vocals and facial hair. Before closing on “Youngblood”, Kahan spoke about the struggles he originaly encountered as a musician. As humbling as it was to release a song as successful as “Hurt Somebody”, he wrote “Youngblood” because he wanted to write a song that people would know, love and connect with. Based on the response the crowd gave at the end of his set, I think he’s gone a long in doing so.

A lot has changed in what Leon Bridges does with his music since he broke out back in 2015. At the time, his sound was a complete throwback to the 1950’s and 60’s swing, soul and doo-wop scene. Further to this, he acted the part too. I remember seeing him play The Metro Theatre in early 2016 and thinking that he’d fit perfectly in my Dad’s record collection; a list that includes Elvis Presley and Frank Sinatra, as well as just about any massive act from this era.

Fast forward to 2019 and while his style has edged towards a more R&B sound, the biggest response from the crowd inevitably still came from is early tracks, all of which (bar “River”), were reincarnated in a more groove driven style that more closely resembled his Good Thing sound.

Opening with the funk driven “If It Feels Good (The It must Be)”, the song and performance were something that could very easily have appeared on Daft Punk’s Random Access Memories. Following it up with the slinky “Bad Bad News”, the set was off to a quick but controlled start. A re-work of “Better Man” left the beginning of the song almost unrecognisable to those in the crowd. I’d read earlier in the week that Bridges had changed almost all of his older tracks to fit more closely with his current sound as an artist; “Better Man” was just the beginning for what was to follow for his older tunes.

Getting the crowd to sing the entirety of the second verse of a song may seem a little lazy, but in a room the size of the Hordern, it sounded great, as Bridges preceded “Coming Home” by asking who in the room was all loved up. It’s evident that despite changing the scope and sound of his music, at the root of it all, Bridges only ever makes love songs.

Slowing it down with “Beyond”, “Shy” and “Ana”, an early peak of his newer tracks came from the contemplative “Forgive You”. Entering the middle stages of the set, “You Don’t Know” entered the ring and completed a resounding knock out of any of the previous songs of the night. An utter banger off Good Thing, “You Don’t Know” was a set highlight and one 0f 2018’s most underrated tracks.

Following it up with the loving ode to his mother, “Lisa Sawyer” was smooth and just set up what proved to be an absolute stellar closing seven songs of the night. Asking the crowd to get up and have a boogie, Bridges gave away all his dance secrets in the lead in to “Brown Skin Girl”, a track that once again had its tempo lifted, but sounded all the better for it.

Entering the closing stages of the main set, “Smooth Sailin’” was peak Bridges as the band came into their own, with solos from both the Saxophonist and Drummer a nice little surpise for the crowd. Telling his band that ‘we better wake the crowd up and get them moving’, “Flowers” was the pick-me-up the crowd needed after a set that was a little uneven in its flow and delivery.

Returning to the stage for an encore, the subtle and beautiful “River” had the crowd in utter silence (for the first time mind you; Sydney crowds can be really talkative during sets), as plenty of shaky hand-held footage was pre-emptively recorded before being uploaded to select social media channels (I’m guilty of this; have to do it for the ‘gram). Closing with a real hoe-down and a little fun dance off between sections of the crowd, “Mississippi Kisses” is peak Leon Bridges in every way, shape and form.

For a guy who seemingly isn’t sure what year, decade or period he’s living in, Leon Bridges does a pretty good job of putting on a show that not only transcends time and space, but also gives you a chance to change things up just that little bit; if you so please.

Leon Bridges will play the remaining dates on his current Australian tour:

This reviewer attended the show at Sydney’s Hordern Pavilion on Thursday, January 17th.