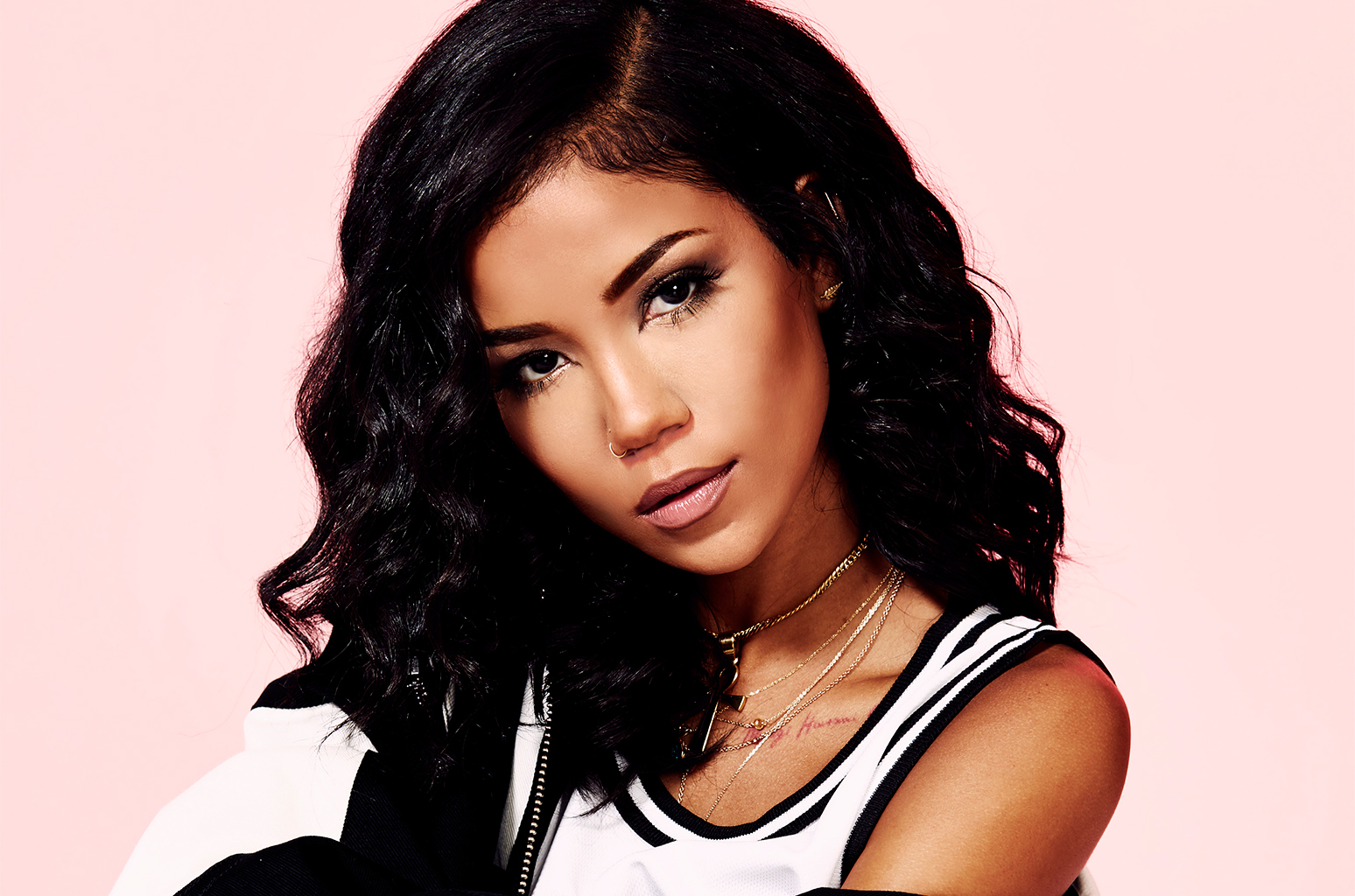 On Wednesday night American singer-songwriter Jhené Aiko took Sydney crowds at Hordern Pavilion on a final emotional and musical journey during her last Australian show of her Trip tour. Making it a real trip for everyone she had a very special guest rapper A$AP Rocky join her for part of the set.

Starting off the night was an unnamed DJ who had the edgy looking yet chilled crowd grooving with some nightclub vibes as he mixed popular RnB tracks. During a quick intermission, some members of group Paris Inc Larissa, Millie and Shavaun had everyone in the spirit with their strong and smooth voices. They were like a classic cute old school girl group harmonising together like a dream while mixing new school songs from Drake to Ed Sheeran showing they could do it all. Giving a little plug as they finished being super proud of their friend Shavaun who had just released a single called “Ups & Downs”.

Back to the DJ before Ladi6 burst onto the stage with a voice as silky as the dress she was wearing but with some questionable hip thrusts. She was the New Zealander version of Alice Ivy with her awkward dance moves like an aunt who had too many prosecco’s at the party but her powerful voice and passionate personality won you over.  Playing an unreleased song her beats were good to dance to and she showed how she was a versatile performer singing but also creating sounds with her voice.

The time had come and the stage was transformed being adorned with a paradise of plants and flowers. In front of a psychedelic backdrop stood a harp. A warning played about flash photography and being safe with the visuals during the show. Emerging a vision with her long locks Jhené starts with “Jukai”. Gesturing little waves to the audience and throwing flowers to the crowd a slow beat plays then picks up for “Everywhere You Go”. Saying she is going to slow it down a little there are clips on the screen in between with a vocal over the top telling a story of the songs.

Standing with a spotlight just singing her voice is the main focus of her songs then piano and harp comes in before deep bass has everyone clapping for “New Balance” before electric guitar sample sounds lead in to her clicking and rapping for “Never Call Me”. A song reportedly about her ex Big Sean that saw everyone singing the chorus with such passion as if they had all personally been cheated on by him. The harp features a lot as she sits by it basked in purple light singing her hit that features Chris Brown “Hello Ego” speeding it up and telling everyone to bounce as the chorus of ‘don’t stop, don’t stop’ repeats. 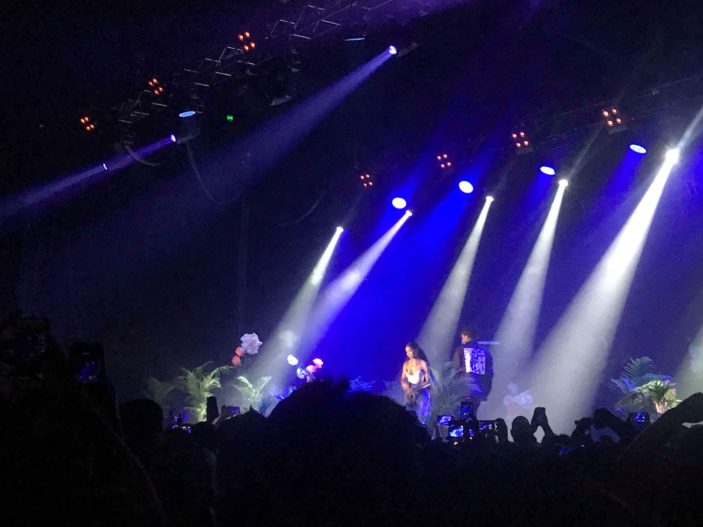 Thanking everyone for coming out she explains that her songs are about what she has experienced in life. The stories of good, bad or in her case mostly sad. She goes on to say that it is not about perfection but connection and looking out seeing everyone singing means she wasn’t alone when she went through it all. Everyone is going through some crazy shit because life is a trip which of course happens to be the name of the album of this tour. Introducing her next song “Comfort Inn Ending (Freestyle)” she explains how her next story started on Pico Street in Los Angeles where she was born and raised but ended kind of sleazy. There was such passion in her rapping as she feels the emotions. The music on her tracks is good but there is such an emphasis on her vocals and the meaning behind her lyrics. Cutting to dance beats she demands everyone to ‘make some mother fucking noise!’ as laser lights flicker for “The Worst” which is a crowd favourite. Fading to black “Oblivion (Creation)” starts with harp and her smooth voice. The lights change to green for the lyrics about being jaded and ‘trying to find a greener shade’.  A key element of her show is how the lights and visuals evolve and flow between each track to reflect the changing the mood.

Lighting a sage stick and floating around the stage cleansing its energy she takes a moment to encourage the crowd to count to five while breathing in and out. Showing how she doesn’t have to conform to genres she quick fire raps of her song with Kendrick Lamar “Stay Ready” that is a great dance song with the chorus getting everyone bouncing. Moving quickly into “Bed Peace” featuring Childish Gambino she seems to be moving into her more known earlier stuff with the peace sign everywhere. “Spotless Mind” rolls into “Post To Be” the hit by Omarion that featured her and Chris Brown for a quick party that got the place feeling so hot she has to pour water down her front which exudes sex appeal, just one aspect of her multi facet image she does so well.

Playing “Sativa” she says casually say that it’s time for her special guest and that people might know the songs. Running onto the stage and sending the whole of Hordern Pavilion into a frenzy was fellow American rapper A$AP Rocky with his hit with G-Eazy “No Limit”. Addressing Jhené as queen and asking permission if he could do one more he performed “Praise The Lord (Da Shine)” while she happily danced and hyped him up. The cheeky character couldn’t help himself and ended his guest stint with “A$AP Forever” and some banter before exiting just like that.

With the energy taken up another level after A$AP’s appearance, there was nothing left to do but have a little stage party for the last show of the tour. Fans rushed on to dance to “OLLA (Only Lovers Left Alive)” and boy did she have some love in the building. Massive cheers were a resounding yes to her question of if everyone enjoyed the night and would have her back. Ending with just piano of my personal favourite song “Sing To Me” her voice never faulted and showed she is a force to be reckoned with whether that’s if she features on artists tracks or her own independent work. Jhené Aiko’s concert certainly was a Trip that I would happily experience again.