Finishing off their tour with sold out performance, Holy Holy rocked 170 Russell in celebration of the band’s newest single “Faces”. After spending time in every over state, the closing performance came in Melbourne to a massive crowd all there is celebrate the tour with the band. Bringing along a surprise guest as well as their tour guests San Mei and CLEWS, Holy Holy put on a memorable performance to see out the year.

First up was San Mei , the alt-rock producer from Queensland who set the tone for the night with a stellar combination between indie rock and production work, the perfect lead in from the electronic sounds of “Faces”.

Their energetic rock was most welcoming and the duo was able to use their sadly short set to represent themselves well in Melbourne. San Mei and her guitarist really brought the energy to the 170 Russell stage as the crowd built towards the front end of the venue to witness the duo’s in-state prowess.

CLEWS were the main lead up act for the tour and phenomenal alt-rock performers held the room to account with their lively brand of music focusing on their punchy choruses and harmonised vocal lines. Making the 170 Russell stage their own, the sisters; Lily and Grace easily found their groove for their final night with Holy Holy and while the duo and their backing band’s set was rather short but it didn’t seem to matter to the lively band or the crowd. 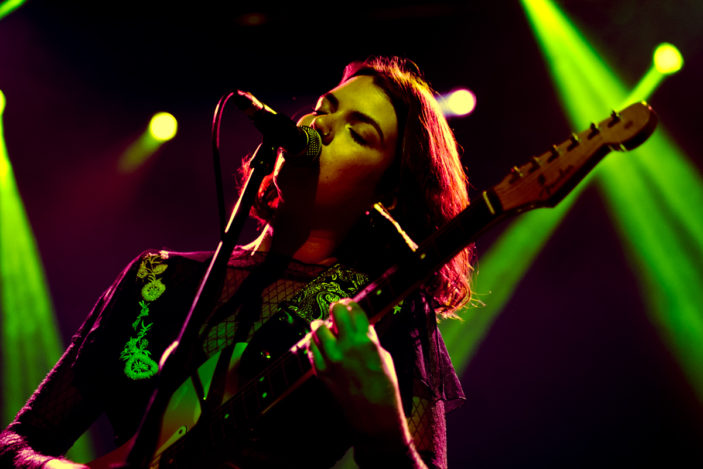 By the time CLEWS had come to their closing number, the 170 Russell band room had packed out drawn in by CLEWS appeal and sounds. Highlighted by their newest single “Crushed” and debut release “Museum”, their set was a display of their prowess and drive as artists with new songs “Salt” “Newage” and “No One” playing a large role in amping up the crowd before Holy Holy. Even without knowing the songs, the crowd was happy to get involved with CLEWS music as the duo and their band displayed the potential they had leading into a new year.

Holy Holy’s set was a mammoth accomplishment, built on the back of an incredible national tour for their latest single lasting the better part of a month the tour was an excellent way for the group to see out their 2018 and their final show a promising glimpse into what Melbourne and the rest of Australia could expect from the band’s upcoming third album. The set list was made up of favourites from the band’s two studio albums, When The Storm Would Come and Paint, with a couple of the band’s upcoming tracks such as “Faces” and “Teach Me About Dying” thrown in.

Cracking jokes throughout the set at the expense of some of the other cities made the connection between the Melbourne crowd, Tim Carroll and Oscar stronger as their pseudo-home state welcomed them with powerful appeal and was a brilliant platform to bring in a loved local artist as a surprise guest.

Ali Barter was a surprise guest during Holy Holy’s set, the partner of lead guitarist Oscar Dawson and a feature on their recent single “Faces” started as a backup singer toward the back of stage through their vivid rendition of the track before Tim suggested the two “swap places” to allow Ali some time at the front. 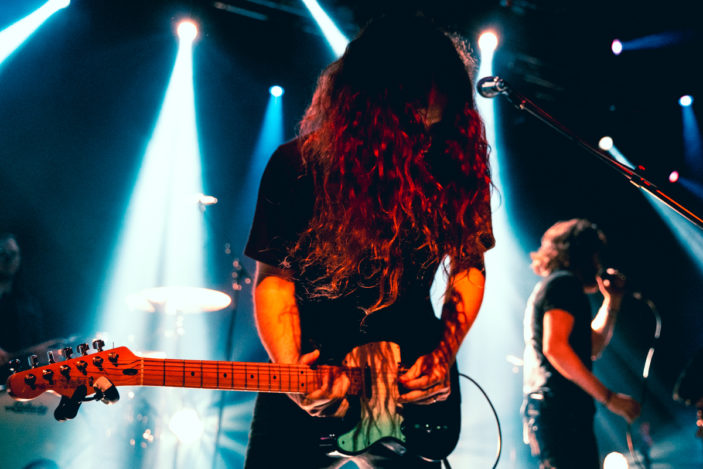 Ali’s presence on stage and time at the front was something only witnessed in Melbourne as the local act was able to punch out one of her famous singles, “Girlie Bits” off of Ali’s debut; A Suitable Girl. It was a brilliant cross-over segment between the two acts with the Holy Holy/Ali Barter “Girlie Bits” becoming a impromptu feature of the night.

“That Message”, “Sentimental and Monday” and “Darwinism” were strong highlights from a set full of hits but the closer for the main bulk of their set and arguably one of their most famous singles “True Lovers” garnered one of the biggest reactions of the night. The finish of the song led to a brief moment of closure before the usual fan chant of “one more song” began, these fans wouldn’t go home disappointed as the Holy Holy crew came back out for a little bit more fun.

The band’s encore left little to be imagined as they ramped it up one final time leading immediately into “History” and then “Send My Regards”. Their closer, obvious from the key’s twinkling open and the faithful kick of the drum fall meant it could only be “Elevator” another of the band’s top singles off of Paint. The closing track was highlighted by Oscar’s incredible guitar solos, somewhat held back through the rest of the set, he ran free with his shredding, the talented artist unleashing his driving tones and expertise to finish the night and tour on a high.

This was the final date on Holy Holy’s Australian tour for “Faces”. For more information about the band, head to their official website.