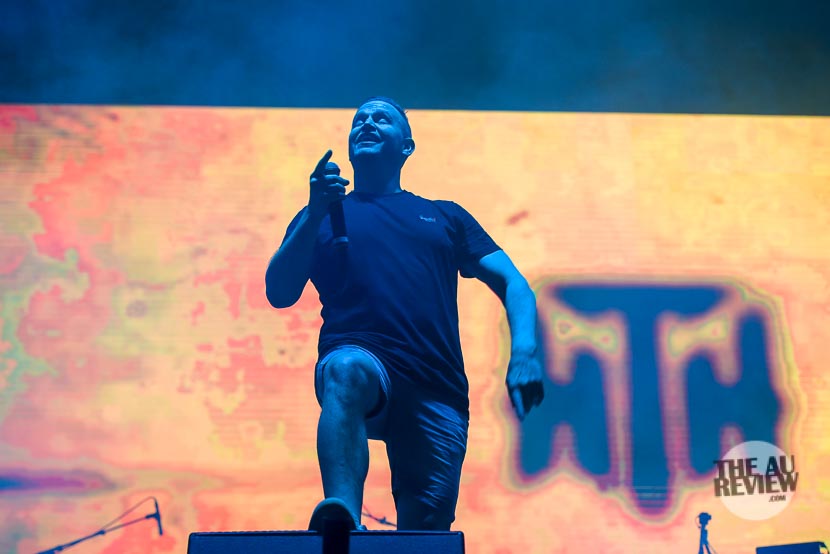 Splendour In The Grass’ final day of performances saw the acts wind down and a softer mood take over the festival. Folk performances were aplenty with Matt Corby and The Lumineers putting together some incredible moments, intermingling with the raucous energy of masterful performances by SZA and Hilltop Hoods.

Of course, the day was haunted by the cancellation of Chance The Rapper due to illness, but by the late evening punters seemed to have gotten over it, turning out in droves to see Hilltop Hoods (and friends) round out another Splendour in style.

Adelaide’s own Pist Idiots opened Sunday’s party, rocking around the stage in a way only they know how too. Melbourne’s heartfelt Slowly Slowly almost immediatley pulled the crowd straight to the Amphitheatre main stage to continue the good vibes, which in turned rolled into Spacey Jane, The Beths and Last Dinosaurs. Rock was clearly on top for early Sunday.

It’s honestly not hard to see why they were fan favourites as a mass of people descended to see them, hair flowed majestically, as both the band and crowd head-banged through the stellar riffs in “Bill’s Mandolin”, “Keen For Kick Ons” and “Social Candy”.

By this time, the main stage had definitely turned up the heat as rock juggernauts The Rubens bashed, crashed and crowd surfed through an awesome hour long set, featuring a thoughtful array of tracks including “Freakout” and “Casper”.

G Flip came out to replace Sarah Aarons on vocals, dueting with frontman Sam Margin through “Never Ever” and wowing crowds with a punchy drum solo before The Rubens rushed through to close on “Million Man”. 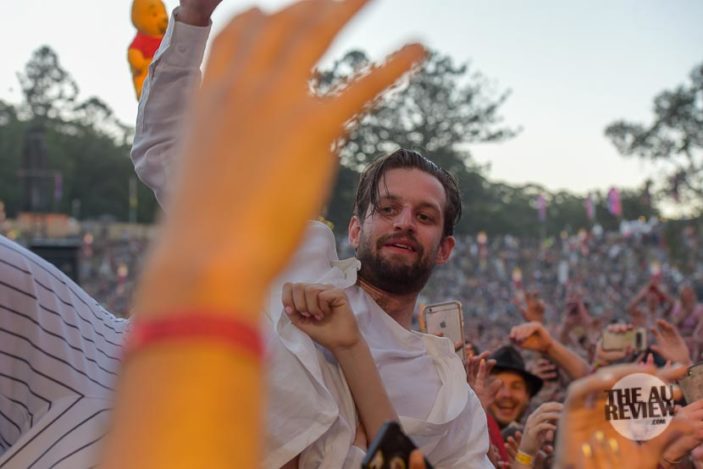 Matt Corby put on a prominent performance, his mid evening set largely becoming a highlight of the final day as the Amphitheatre stage took on a more mellow tone. Headlining the growing folk presence of the final day, Corby’s glittering set contained everything it needed to create a soft calm, expounding through “Brother” early left room for his newer recordings off of recent album Rainbow Valley.

Yet, it was the rendition of Corby’s 2016 Triple J ‘Like A Version’ of Tina Arena’s “Chains” that caught the headlines, as the original vocalist herself crashed the set to duet alongside him, their tonal chemistry was quickly apparent as their voices worked in perfect sync.

This was still not enough for Corby though, and during his closing track “Miracle Love” brought on-stage Joyride, Meg Mac, Broods lead singer Georgia Nott and Jarryd James to round out backing vocals for one of the most impressive displays all weekend.

There was plenty of hard decisions in the evening of Splendour’s final day as both SZA and The Lumineers played clashing sets, yet both acts put on performances worthy of the time and each providing something completely different from the other.

SZA’s set was a domineering performance with her vivid personality and songs controlling the crowds on the Amphitheatre stage. Her young fans lined the barricades in eager anticipation of her performance. Turing up with a spherical gilded structure, SZA’s performance was full attitude and a commanding presence, constantly chatting through tangents between songs and jumping about the stage.

There was one constant, her incredible voice and an essence of comradery built around her emphasis on co-written tracks, including collab’d work with Kendrick Lamar, “Consideration” written with Beyonce, and an exciting cover of Wheatus’ “Teenage Dirtbag”.

On the flip-side of this was The Lumineers, the folk group from Colorado were emphatic in their delivery of material across their two albums. The six-piece were lively, jumping around the stage with their guitarist and keys player jumping on top of the upright piano toward the end of their set.

While their set took the direction of a more traditional outing: no covers, features or special guests, their tireless energy and thoughtful commentary endeared them to the enthralled crowd bursting out of the GW Mclennan Stage tent. The favourites were all there as “Ho Hey”, “Flowers In Your Hair”, “Ophelia” and a track off upcoming album Gloria. 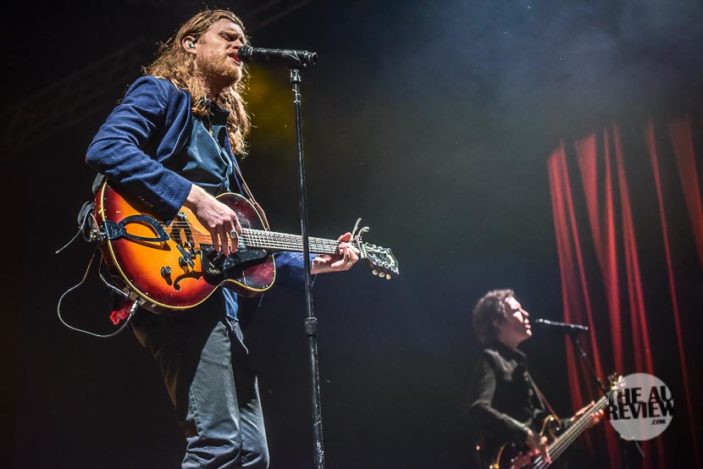 Hilltop Hoods came into Splendour in a precarious position, having just arrived to fill in for Chance meant it was all thrown together, but the crew pulled off a memorable set bring along a swath of Australian guests to close out Splendour In The Grass 2019. Ruel and Illy were Hilltop’s big name friends, blowing away the crowd through “Fire & Grace”, and “Exit Signs”.

Both individuals were sporting Chance The Rapper merchandise and Illy exited his set giving thanks to Chance for the opportunity. With Ruel and Illy, you really couldn’t ask for much more, but both “1955” and “World’s Greatest Dad” included further features as Montaigne and Adrian Eagle coming out to join the party.

It felt like a true, go-hard-or-go-home celebration of Australian music, with these artists banding together at the eleventh hour to remind everyone just how damn strong the country’s music scene really is.