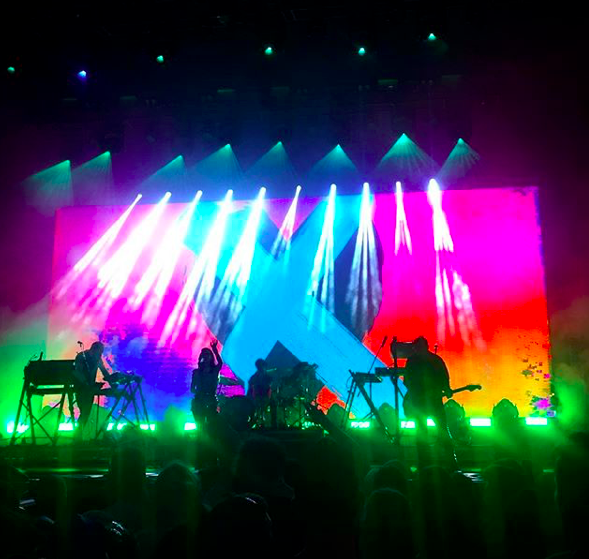 On New Years Eve, parties at Watson’s Bay, the fireworks in the city and NYE In The Park festival divide Sydney party goers. However, on New Years Day there is no competition. Field Day at The Domain Is the best celebration in the city and arguably the country.

Field Day hosts a huge electronic and hip hop lineup, unique to other Australian Festivals throughout the year. As festival season in Europe and the US comes to an end it gives Australian festivals the chance to snag some of the most in demand international electronic artists. This year Tchami x Malaa, Cardi B, Rufus Du Sol and Chvrches were some of the acts to attract 28 000 atendees!

Perched in the middle of the city, The Domain is Sydney at its green and leafy best, lined by the city’s buildings and lights. A lot of Sydney festivals are held at Centennial Park like Listen Out and Sydney City Limits which suffer from having severe noise restrictions, so it was a refreshing change at The Domain to have loud and clear sound at all three stages. The stages were close together, phone reception was good and from the beginning to the end of the day everything ran smoothly. 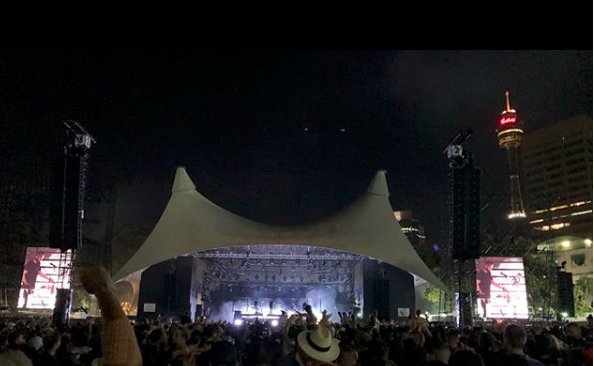 Man of the moment Fisher played a feel good day time set to a huge crowd. Even on stage his menacing but loveable perdonslity shows, as he yells comments verging on innapropriate in to the mic and almost always follows them with his iconic cackle.

His crowd interaction was even more noticeable then at Listen Out a few months ago, but maybe this was because he was on a high knowing that he was asking his girlfriend Chloe Chapman to be his wife the next day!

With most people expecting that Chris Lake produced some of Fisher’s biggest hits like “Losing It” and “Crowd Control” it was cool to see Fisher play Chris Lake and Chris Lorenzo’s  “Hey Pablo-” one of the best tech house tracks released this year.

Fisher’s recent success has moved his tech house tracks in to the mainstream realm, giving people who would never have listened to this genre of music a new appreciation. Hopefully his success will continue to bring light to the unappreciated world of electronic music.

In the middle of the Fisher set I took the risk of not being able to find my friends again, running to the smallest stage to see trap genius, Whethan.

This stage is somewhat sheltered by trees which was a relief as it was hot and Whethan’s set was not going to be gentle and relaxing. He is only young but has some really unique and unpredictable mixes, appreciated by everyone in the reasonably small crowd.  He blends his electro pop sound in tracks like “Super Love” and “I Miss You” with his heavy trap and and powerful future bass. This blend also meant that although there were mosh pits for everyone to get around, rather than survival, his music remained the focus.

In his tour his visuals and light structures help to manipulate the crowd in to experiencing and heightening a range of emotions. Whethan did a good job at controlling the crowd purely through his music as he played a day time set on a small scale stage.

Receiving praise from legends like Skrillex, Whethan definitely has the skill and forward thinking production mind to be the next big electronic artist and we were so lucky to see him with such a small crowd when over the other side of the world he is selling out huge venues.

Local hero Luude has continually been defining himself as a producer. Performing on the same stage the welcoming crowd anticipated a dominating and powerful set. Like Whethan he played a more intricate set  than typical trap djs but always remained heavy and high energy. He has become known for his collabs and so it was nice to see him bring out some special guests like young gun Bad Rapper.

Due to set time clashes for the 5th time in the last two years I have had to miss seeing Mallrat perform at festivals. Now that she has established a big fan base Mallrat and Dj Denim seem to be building an unpredicatsble and party orientated live show. This time she surprised an unsuspecting crowd as she brought out the Veronica’s too sing every 90/2000s kids jam “Untouched.”

In Australia there is a lack of good live house/bass music in popular venues. The Melbourne scene is dominated by techno music and in other regions trap/dubstep is very popular. I had seen Habstrakt play at Touch Bass earlier in 2018 and his high energy drops and strong bass lines are incredible in a live setting so I was excited to see him back at a popular festival.

He begun with an interlude, playing snippets of all his songs before dropping in to his biggest hit and collab with Skrillex, “Chicken Soup.” As one of my current favourite producers, the hype in the intro was electric but then as the set got closer to the end I started to realise he wasn’t playing some of his best original tracks which was dissapointing as they are perfect for festival sets.

For a complete change of vibe we headed back to one of the bigger stages to see Scottish electro pop group Chvrches. Their synthy and professional sound has influenced a lot of bands over the last few years and seemingly having the inability to produce a bad song they have everything needed to put on a huge performance.

As expected, they perfected every aspect of the show from Lauren Mayberry’s distinctive vocals, a euphoric light show and the perfect mix of songs from their earlier album and their 2018 very pop focused album, Love Is Dead. Their fan base is so secure it was so good to see the crowd embracing every track, regardless of how long ago it was released. One of the most mesmerising sets I’ve ever seen, their studio versions translated so well on stage and playing as the sun came down was captivating and unforgettable.

French producers Malaa and Tchami are two of the most influential producers in the world right now and have come together to produce an EP and their No Redemption Tour. Their dark but energetic house tracks always stand on their own but the production of their shows is unmatched. Set up on two seperate pillars the set was packed with  hypnotic visuals and striking lights, lasers and fog. I’m still not sure how you play a set together when you can’t see each others decks but if anyone can make it work it’s Tchami and Malaa and it fits with the mystery of Malaa who hides his identity by wearing a black balaclava and almost always smoking a cigarette. 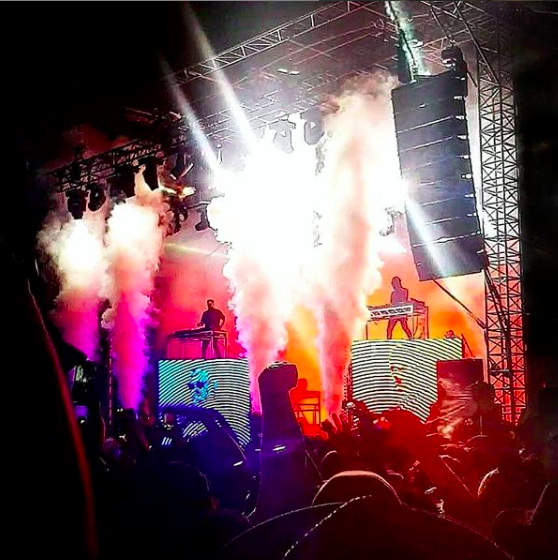 As leaders in the industry right now, Malaa and Tchami do well at always focusing on bringing new music to the forefront in their sets. They both release on Confession label and play tracks from up and coming artists like Bellcour and GODDAM.

Marten Horger’s 2017 track “You Don’t” was a special moment in the show. The extended build had the crowd about to burst waiting for the drop before the music was cut off and there was complete silence. After a few seconds of confused looks “Troll” flashed up on the screen before entering in to another short build and then dropping in to the fabulous track.

The vitality and spirit in the crowd was unmatched and as eyes were glued to the stage in awe it was obvious that everyone could appreciate how talented Tchami, Malaa and the entire team must be to pull off such an intense, incredible show and how perfectly suited their tracks are to huge adoring festival crowds.

After changing their name from Rufus to Rufus Du Sol and releasing an album in 2018 the three piece electronic group is back on top of their game. They closed with “No Place” off their most recent album Solace and as confetti was released from canons that bittersweet feeling of being entirely content and trying not to think about the fact that it’s almost finished over came the crowd.

Each year Field Day puts on a great festival. Last year I thought having Dj Snake, Golden Features and Flume closing the festival was the best they could do, but I think this year they might have just topped themsevles.