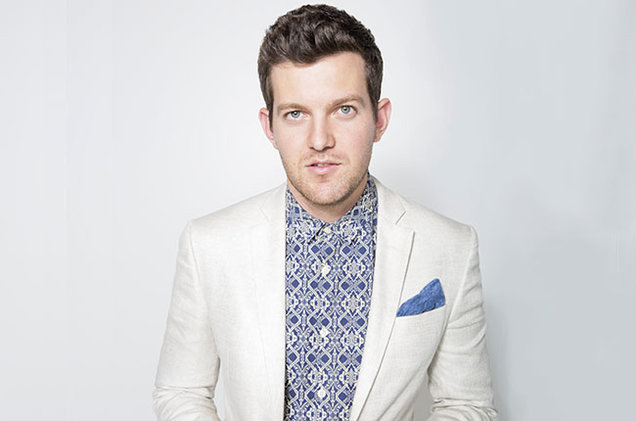 Sydney has recently received a lot of flack for its lack of nightlife, but that is easily crushed upon a wriggle into Oxford Art Factory on a weeknight. On this particular night, the lineup featured Aussie favourites Paces and Branchez supporting all-star American DJ/producer Dillon Francis. What was once underground is now familiar, when it comes to live electronic music. There was a blow up doll in a hot pink wig, inflatable sharks, homemade signs, face masks and banana onesie costumes. All this gig needed was a few 1000 more people to evolve into a full-blown festival set.

What Dillon Francis does, which makes him popular around the world, is play to the climate of his local fans and add quirky elements to a seamless set. In Sydney, fans were proudly donning pre-school legionnaire hats and thrusting a wizard stick (empty cans of beer taped to each other in a tower) into the air. Then among his signature trap drops and moombahton classics, we heard Australian internet-praised obsessions Darude‘s “Sandstorm” and the Backstreet Boys‘ “I Want It That Way”.

Despite the playful sampling and tempo switches, Dillon kept quiet for the most part of his set and let the music speak for itself. It was less ‘let me see your hands up’ and more Ministry of Sound dancing in the dark. All the while, Dillon was grinning at his turntable, strobe lights flashing, soaking up praise from the sweaty crowd and looking like he’d realised that his weirdness was worth it.

Of course, the Oxford Art Factory lent to the underground/afterparty vibe with Kate Moss and Basquiat prints staring down among red smoky lights and a fairly ruckus-free crowd. Who thought we’d hear “Rhythm Of The Night” nestled next to Drake’s “Trophies”? Dillon truly embraces the genre-free approach to electronic music in 2016. Sure he has a background in moombahton and trap but that doesn’t stop him from playing his deep house, Daft Punk remixes, Dislcosure, or any other track that has been popular in the past five years (including his club hit “Get Low”, which he played twice.)

Aside from the festival vibe, a highlight was when Dillon abruptly changed the mood to slide into his DJ Hanzel (deep house) persona which channeled all the dirty, industrial Berliner music we aren’t usually accustomed to hearing in Sydney. No lyrics, no chorus, and yet the crowd loved it. And his leaving line: “Make sure you get home and do your laundry. We’re all disgusting and it’s beautiful.”