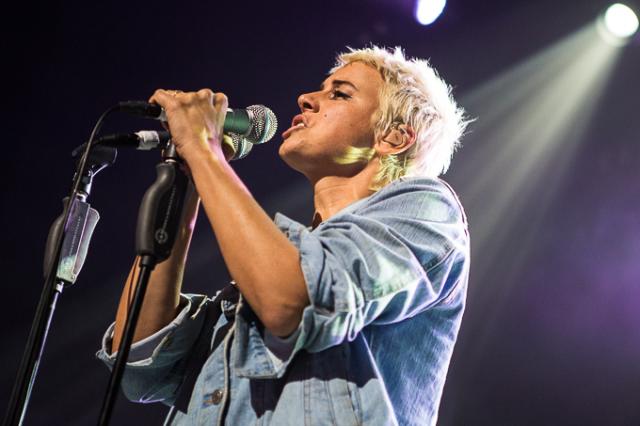 Considering all the maligned reports I had heard of Cat Power’s performances in the past, I wasn’t sure what to expect on this overcast Saturday in Sydney. Reflecting upon my appreciation for her recorded material, I went along regardless, with expectations at a high. Despite the scathing review this lack of fulfillment may have given me the opportunity to spew forth, she ended up disappointing in this particular expectation and allowed me a greater pleasure; that of a complimentary review reporting on a fantastic concert.

My only disappointment was that of the opening act. Why Mick Turner I ask? Why a bumbling, seemingly directionless episode of self-indulgent malarkey to start the evening? Why a self-imposed doodling fool who is clearly capable of concise, coherent currency?

Of course, I need to make my respect for the man’s capabilities known before I tear him to pieces. He’s clearly a guitarist of some competence, but it seems his apparent immurement and subsequent disdain for comprehensible music has led to a life of auditory crime intolerable to mine ears. (Editors, please leave this Shakespearian anachronism in the text. Do not change “mine” to “my”.)

I originally wanted to say that Turner seemed confused on stage, not seeming to know what contraption to reach for next, but on closer observation, he seemed to know exactly what he was doing; or at least he thought he did. He seemed to think his incoherent babbling was somehow avant-garde and fresh, though no more was it so was he than a John Cale recital. Instead of Turner appearing confused, he seemed to confuse the bejesus out of the audience by doodling a line here, attempting to loop one there, and occasionally dropping an inappropriate sample in the midst of what with a little forethought may have been tolerable. His attempt at bowing the guitar in Jimmy Page style seemed initially to leave space for kudos, but that word of ancient Greek Origin is the only piece of respect I will give to this otherwise competent player. Sorry Mick, but you’re no Pink Floyd.

Apologies, I had to get that out, as my annoyance at Turner’s performance was incomparable to anything witnessed thus far. Nonetheless, I “sat” through the performance trying to like some aspect of it, but it simply wasn’t possible. I’m sure there’s someone out there that appreciates his music though, as he’s being invited to support big name acts, but I certainly don’t get it.

Cat Power on the other hand, despite all my morbid hopes for the contrary (I’m not entirely serious with that comment), proved delightful. Her appearance on stage was clearly latent, with her rhythm guitarist providing a drawn out arpeggio introduction until Power decided it would be blatantly rude to keep her audience waiting any longer. Her confidence once on stage seems to have improved tenfold compared to previous reports, apart from the most recent. She exuded a nervous energy that was as endearing as much as it almost compelled me to act as agony aunt and hand her a glass of warm milk with a handful of Valium in it. Her voice is already exquisite on record, but live, it’s truly something special. She uses two microphones on stage that appear to offer a slightly different timbre, and the occasional combination of the two seems to elevate the product to angelic proportions. 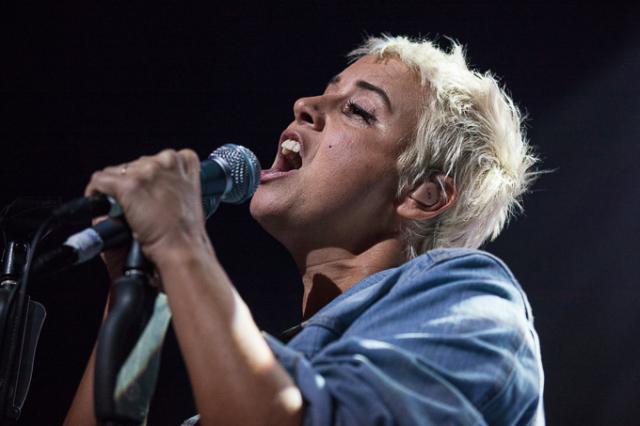 The songs from her most recent release Sun seemed to get the audience going the most due to their optimism, but my highlight was most certainly near the end with her classic “I Don’t Blame You”, a song whose fragile beauty drew me to the songstress at an early age while listening to Triple J in a most horrid and squalid workplace. She also sang a piece in a foreign language that I could not quite place. Whatever it was, it was beautiful.

Throughout the show, several audience members were heard requesting hit single “Ruin” without which the show would have been slightly lacking. It seems that Power had been saving the song until very last and it was no different on Saturday night. Afterwards, the house lights went up and the speakers began blaring some Hip-Hop tune, perhaps in order to alert us there would be no encore. I have nothing against Hip-Hop, but the song being dropped right after such a gorgeous set was highly inappropriate. Still, I hung around until at least half the audience sauntered off, though soon enough it was clear my fix had been portioned out perfectly.