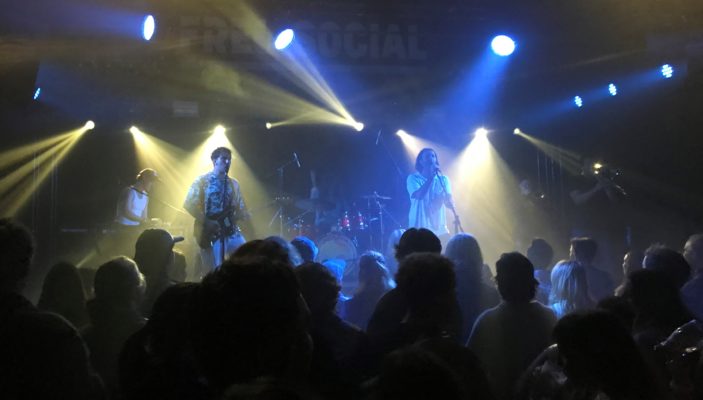 Cronulla/Byron Bay four-piece Caravãna Sun have grown in popularity on the back of heartfelt single “Whale Song” appearing on 2021 Netflix doco Seaspiracy but don’t be fooled, their live shows are far from solemn.

The pop-infused indie rock foursome have evolved a lot over the past decade since their 2013 debut LP Aya, with ska, reggae and sonic/electronic influences, but the constant has been an infectious energy, particularly live.

Caravãna Sun opted for a WA launch of their 10-track third album Burning Palms (which was actually officially released on March 31) on Sunday night at Freo Social with a typically explosive and energetic gig, reminiscent of a Cat Empire live show.

Joint frontman Luke Carra declared the band have an affinity with Fremantle, having recorded a heap of tracks in the harbourside town in the past, while Burning Palms was mixed by Perth-based Andy Lawson at his Debaser Studio.

The show was the final one in a run of seven dates in their North-West tour throughout the big state, including sell-outs in regional centres Exmouth and Karratha along with Margaret River and Broome.

After being warmed up by support acts King Blue, Angie Colman and Blue Haze Baby, the diverse crowd of young, old, trendy, gypsy, tipsy, sober etc, was craving the lead act with the club DJ’s grooves getting them moving in anticipation with minimal persuasion.

For all of Caravãna Sun’s connection to WA, it was actually the band’s first tour to the state in two years due to border rules, so the anticipation resonated on both sides. 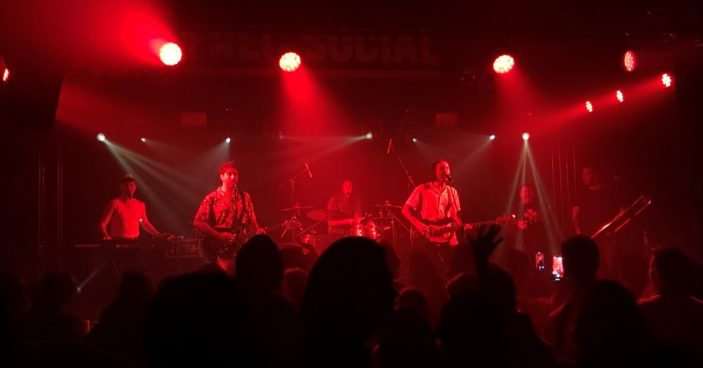 The four-piece arrived on stage, in tow with a trumpeter and trombonist to fuel up their jazz funk, with the heavy guitar grooves of “Eye of the Storm” unleashing the unapologetic movement instantly, while their jazz duo shone – for the first of many times – on “Days Like These”.

Carra spoke with palpable enthusiasm about the band’s vast WA tour from the Pindan red dirt (“Pindan” also being an interlude track name from second LP Guerrilla Club) to surfing in Gnaraloo and his bewilderment at not seeing any emus on their lengthy tour. All that, reinforced the band’s connection with WA.

Singleted keyboardist Chris Smithson’ loop on “Stella” from Burning Paths translated well live, before Carra handed over for bassist/vocalist Ant Beard to take over with moody builder “Firebreak”, another new single which slowed the pace.

The catchy chorus of “Come Back”, which Beard explained was inspired by the passing of a surfing friend, drove the show back on to the buoyant track, along with drummer James Smithers who brings an unrelenting and endearing energy along with a beaming pearly-white smile.

New single “Charlie” followed the band’s unique but best attempts at a reverse Mexican Wave, before a fine rendition of the “Whale Song” led by Beard under blue shimmering lights, dedicated to the Sea Shepherd crew.

The closing “Gaia”, with its chantable “wooo-wo-wo-woo” chorus, stirred up the crowd in wild style, to the point where Caravãna Sun returned to the song to start their encore.

With the crowd eating out of their hands by that point, Caravãna Sun wrapped up their energy-filled encore with bouncing 2012 ska-funk single “The Bottle” to cap an excellent evening.

The writer attended the show at Freo Social on 15th May 2022.