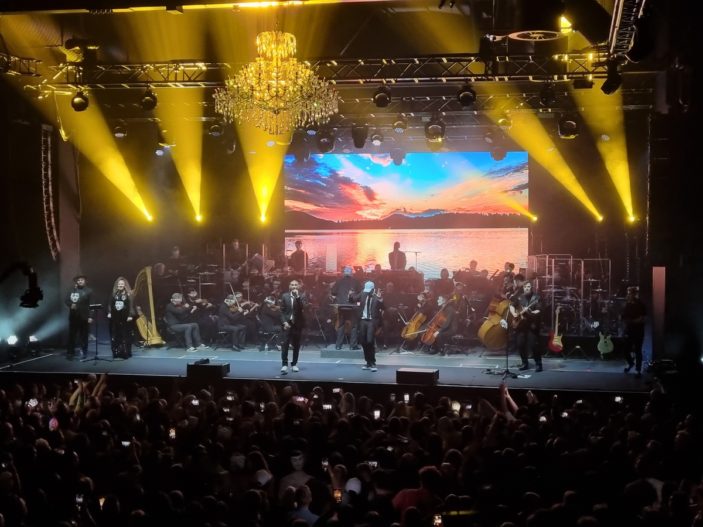 Aussie hip hop royalty Bliss n Eso treated their Brisbane fans to a once-off show with the Brisbane Symphony Orchestra at Fortitude Music Hall on Friday, 17 June. The highly-anticipated special event was part of the Strings Attached concert series and saw the ARIA award winning, multi-platinum trio backed by a 35-piece orchestra to bring their cinematic music to life. 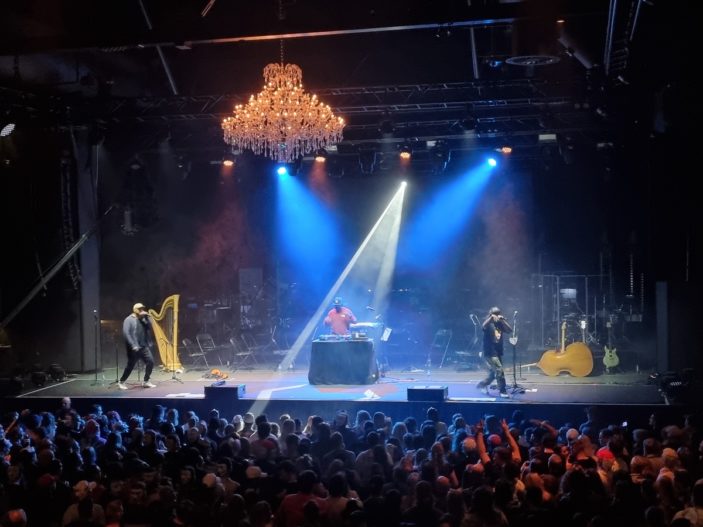 The night began with DJ Total Eclipse (The X-Ecutioners) manning the decks up front with a Dr. Dre mashup to get people into the mood. Indigenous NT rapper Birdz took the stage with hypeman Fred Leone shortly afterwards and had the audience captivated. A customary acknowledgement of the land’s traditional owners launched into the politically-charged ‘Aussie Aussie’, and empowering singalong ‘Know Your Truth’ went down as a crowd favourite. The socially conscious songs showcased his versatile flow of tight bars and melodic hooks bolstered by bold production from Trials (one half of A.B. Original). 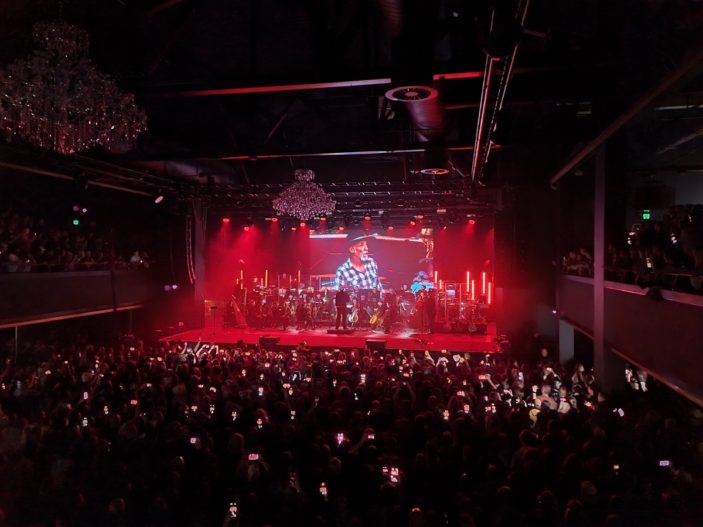 After a half hour intermission, the Brisbane Symphony Orchestra – complete with a drummer, guitarist and two singers – took their positions to a big cheer. Lit only by the venue’s two chandeliers, they sat expectantly until the short film for latest album The Sun played on the backdrop. At last, Bliss n Eso emerged in black and white suits with Guy Fawkes masks to a roar from the crowd as the orchestra played the start of album opener ‘The Prophecy’. The vibe in the room was electric and you could tell that everyone was in for the time of their lives.

The eclectic set began with a string rendition of ‘Believe’ before crowd-pleaser ‘Act Your Age’ – it was a brilliant moment to see people rapping about shitting in a bath and smoking a blunt at a formal event. The slower-paced show gave BnE the chance to tell stories about each song before simply launching into them, the most poignant of which was the unexpected ‘Bullet and a Target’. Phone lights lit the room for ‘Dopamine’ and fan-favourite ‘Eye of the Storm’ before DJ Izm came down the front to chant for ‘Friend Like You’. 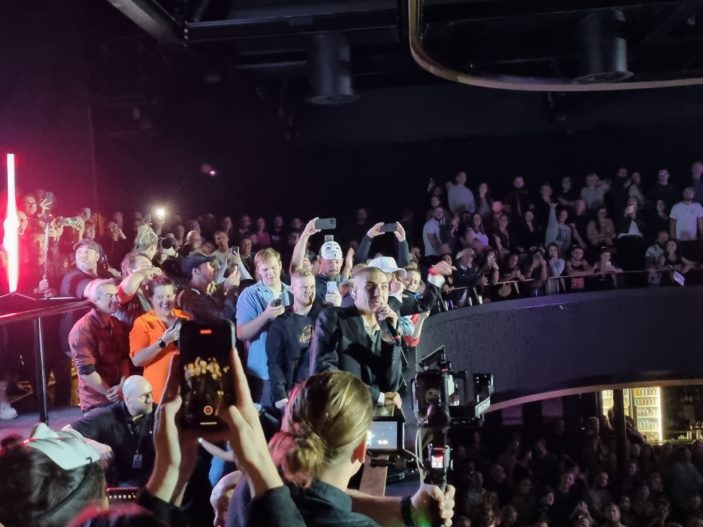 Charlie Chaplin’s final speech from The Great Dictator overlayed with footage from the war in Ukraine led to ‘Pale Blue Dot’. After the song trailed off, the rappers appeared up on the mezzanine (right beside this writer!) to perform ‘Reflections’ surrounded by fans singing along. They returned to stage for the triumphant ‘I Am Somebody’ then toned things down for the wholesome ‘Moments’, followed by the iconic ‘The Sea is Rising’ and instant classic ‘OG’s’. The two left stage before returning with an encore of the uplifting ‘My Life’ and timeless hit ‘Addicted’, with Izm spreading the trademark mantra of Peace, Love and Unity.

All in all, the once-off event was nothing short of spectacular and is one for the history books. Throughout the set, Bliss n Eso mentioned that they have been working on an album of strings renditions for the past four years and that performing with an orchestra has been a lifelong goal for the trio. The night solidified the notion that dreams do come true, so remember: if your luck’s low, just know your wings are real!