Greatest Southern Nights returned for their second and final instalment at Sydney’s Qudos Bank Arena, rounding out what’s been a soul-reviving month of live music for the NSW scene. 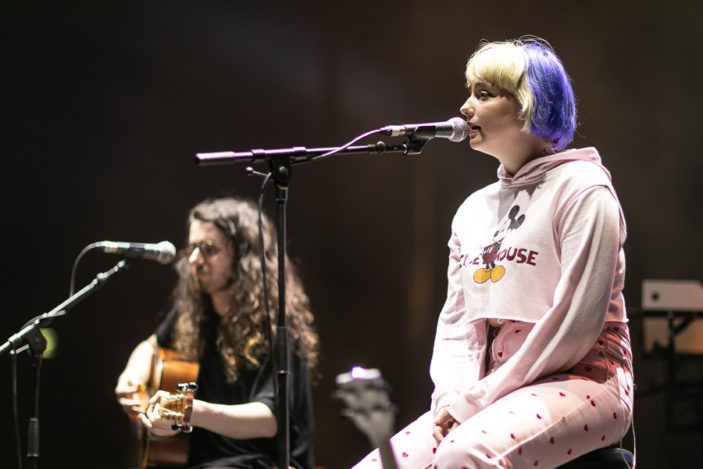 merci, mercy has had an astronomical year with her hit “F**ked Myself Up” and her more recent release, “Tequila & Lemonade”. Now fans were lucky to be treated to an arena set of her debut EP no thank you, no thanks, despite her debut single only being released this year. We said it last week and we’ll say it again, it’s a silver lining being able to fast-track Australian artists to larger venues due to the impossibility of international acts.

Merci was stripped back with her guitarist, perched on a stool dressed in a cropped Mickey Mouse hoodie and her iconic half purple hair. It would certainly be nerve-wrecking under the solitary spotlight, but her performance was controlled and comfortable and a great way to kick off the night.

The audience seemed to be divided generationally into those who came to see Matt Corby and those for Bernard Fanning. Needless to say, it was unlikely that last week’s scenes of security guards dragging out rowdy patrons for dancing would be replicated tonight. 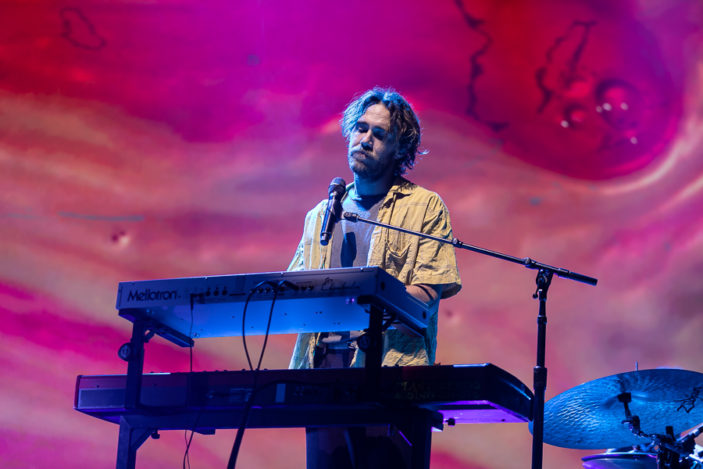 Matt Corby, the man in all his effortless brilliance, padded barefoot onto the stage with his six-piece ensemble and began his set with the twinkling keys of “No Ordinary Life”. Interestingly, throughout his performance the audience remained quite placid – dissimilar to his Splendour In The Grass set last year which was touted as a festival highlight. The crowd belted a bit of “Brother” and got involved in his closing extended track “Miracle Love”, however no rioting seat dancing was to be seen. Despite this, his performance was undoubtably excellent with multi-instrumentalist Matt playing keys, guitar and kit as well as nailing the vocals. If you haven’t caught a Matt Corby show before, do yourself a favour and book a ticket. 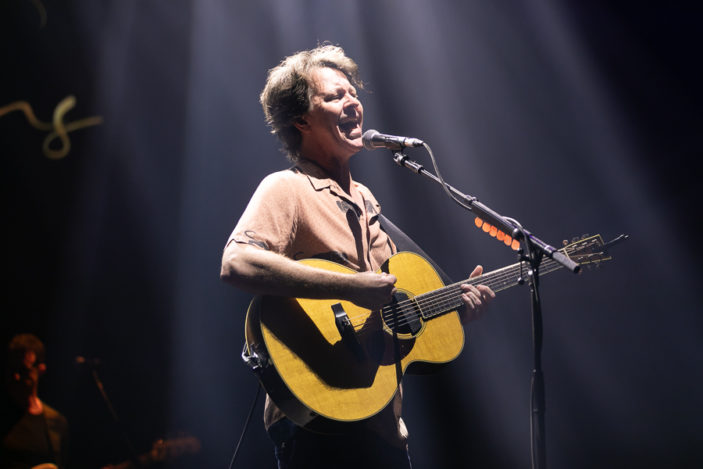 Then came the other half of the audience’s headliner, Bernard Fanning. The Powderfinger frontman brought along The Black Fins to accompany him as he played a mixture of his solo and band work. In fact, the last time Bernard played the venue was with Powderfinger, back when the arena was known as Acer Arena from 2006 to 2016.

The set was spiced up with harmonica solos from Bernard and an intense violin solo from his bandmate for Powderfinger’s “Sunsets”. Then he became frank about encores, saying he doesn’t approve of wasting everyone’s time with the whole running off stage only to come back on again, and led the audience through an encore heckle as he stood there.

He instructed a bit of whooping, asking it to die down before coming back again in fuller force, only to crack into a bit of “Wish You Well” followed by “These Days” and a medley of other songs. There’s no doubt he’s a talented musician and if you doubted whether he’s ‘still got it’, he most certainly does.

THREE STARS AND A HALF (OUT OF FIVE)